Home | Our first look at some of the action from THE WALKING DEAD – Season 3!

Our first look at some of the action from THE WALKING DEAD – Season 3!

With production in full swing you knew it would only be a matter of time till we got some photos from THE WALKING DEAD and it looks like EW got the scoop on the first look at some zombie action.

EW got themselves a nice little interview with one of the show honchos, Glen Mazzara who had this to say about the goings on so far:

“I’m incredibly proud of the prison…I think our crew has done a great job. It’s a huge sense of scale and magnitude I haven’t seen on any other show as far as construction. What’s important to us is the prison itself is now a character in the show. It’s a haunted house, it’s scary, it’s frightening, and there are parts of the prison that are always terrifying, that are always inaccessible to our group. It’s not necessarily the blessing that the prison in the comic book turned out to be.”

This weekend will bring us the first video footage from the new season. AMC is hosting a preview weekend so keep it here for some video fun later this week. 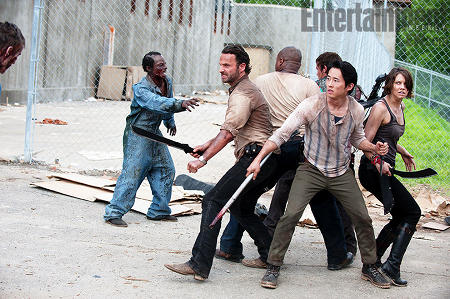 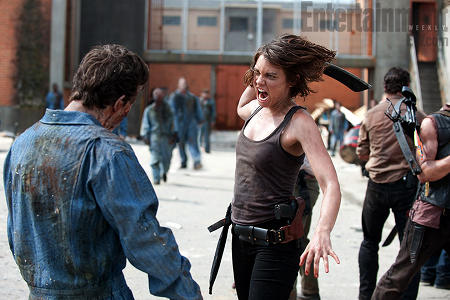