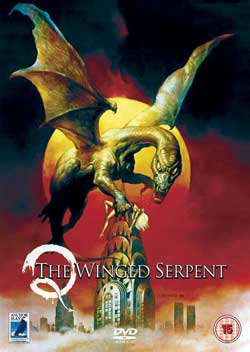 Best line not spoken by Moriarty: “My God, with a wingspan like what you’re talking about here, that thing could fly miles into New York City every day. And it would do that, of course you know, because New York is famous for good eating.” 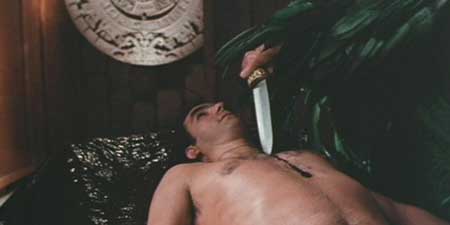 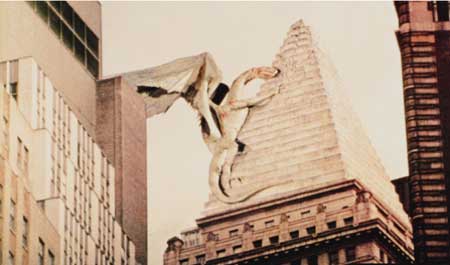 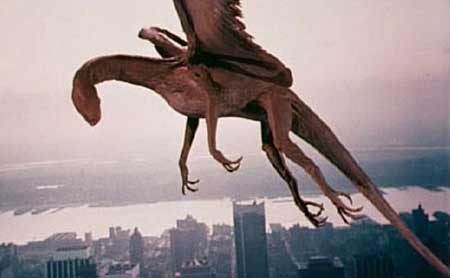 The “Q” in Q – The Winged Serpent stands for “Quetzalcoatl”, an Aztec deity that reigned in the form of a feathered serpent. This is the foundation for Cohen’s story which actually forms into a pretty cohesive tale. David Carradine (“Kill Bill Vols. 1 & 2” – 2003, 04) and Richard Roundtree (“Shaft” – 1973, 74) are Detectives Shepard and Powell and they’re up to their necks in a case involving ritual, sacrificial murders. Unwittingly thrown into the mix is small-time wheelman, Jimmy Quinn, played exquisitely by Michael Moriarty (“The Stuff” – 1985). All three get more than they bargained for when the sacrificial murders succeed in manifesting the deity that feeds on New York City. That’s the kind of story I could see being retold with a higher production value by someone with a sense of humor and a knack for nostalgic filmmaking.

Though a retelling could be interesting, the charm of this film is its cheesy special effects. Q itself is only marginally worse than the effects you might see in a film made for SyFy. The thing is, that whole Harryhausen-inspired, stop-action filming and actual puppetry is refreshing to see again, and helps me to appreciate how far filmmaking has come. 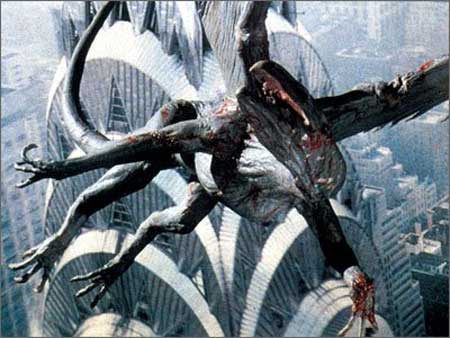 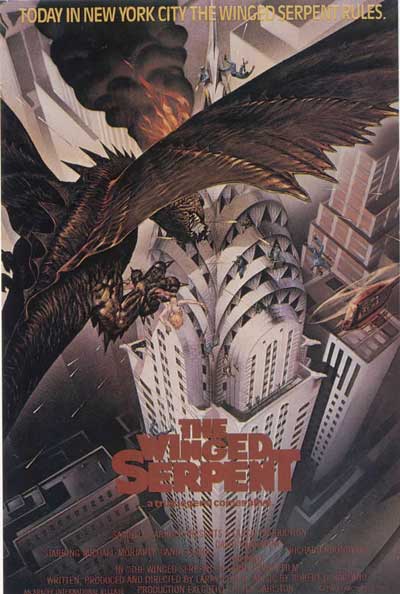 The rockstar in the film, though, has to be Michael Moriarty. He was awesome in “The Stuff” as David “Mo” Rutherford, and he’s equally awesome here as Johnny Quinn. The undercurrent for both of these characters is their swagger, and the quality that Moriarty is able to lend is the ability to be smooth. There is a scene in this film where he’s improving jazz riffs on a piano while he’s vocal scatting overtop of it. It’s clearly him, he’s clearly not faking it, and he’s clearly a bad-ass. Out of context, the “best line” above doesn’t seem like much. But when you consider that he was involved in a failed jewel heist, was hit by a cab, chased by authorities, and stumbled upon a giant egg and a dead body in the few hours that precede that line, it all comes together. He’s had a rich career in television, but I just think that Hollywood should have exploited that man’s numerous talents more. The rest of the movie didn’t suffer when he wasn’t on screen, it was just better when he was.

I really enjoyed watching this film. I had actually never seen it before, and I’m glad I’ve added it to my list. If you want to check it out, check it out expecting a surprisingly meaty story wrapped in a ridiculous concept, that works because of the story, and is packaged in some typically 80s special effects. And hope this isn’t what the Mayans have in store for us this December…