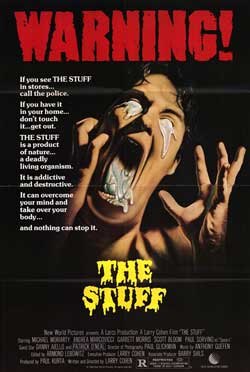 Weird yummy goo erupts from the earth and is discovered by a couple of miners. They taste it and decide to market it because it tastes so good. The American public literally eats up the new dessert sensation now known as the Stuff but, unfortunately, it takes over the brains of those who eat it, turning them into zombie-like creatures. It is up to ex-FBI agent David Rutherford and a kid named Jason to stop the spread of the mind-devouring dessert.

In 1985 I was 14 years old. At the time I was given the opportunity to see my father once a year, usually during the summer, as he was in the Navy and more often than not stationed overseas. When I was able to see him we would go, among other recreational activities, see movies. When it was time to see a movie that summer he asked what I wanted to see. I had seen a trailer for The Stuff and was singularly focused on seeing it, much to my father’s dismay. I don’t recall what movie he had his heart set on (the Academy Award nominees for that year were films such as The Color Purple, Out of Africa, and Witness; all amazing films) but when I proclaimed with excitement that I wanted to see The Stuff, he was crestfallen. 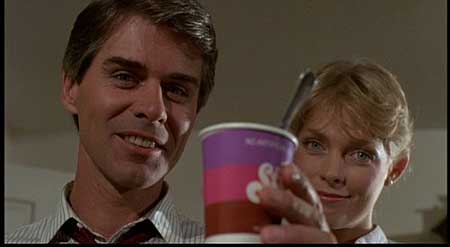 After watching the movie I remember he was pleasantly surprised at how much he enjoyed it.

I hadn’t seen it since and when I saw that it was in this month’s collection I was positively giddy. I saved it for last and 26 years later it still didn’t disappoint. 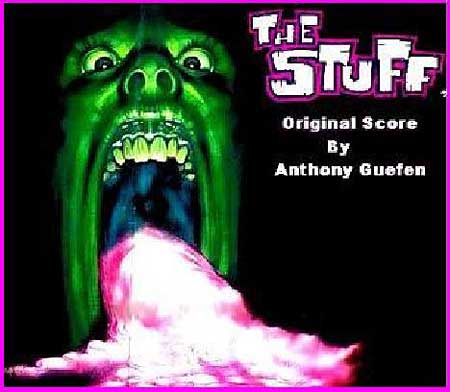 As a 14-year old I was intrigued by the utter ridiculousness of the premise: a mysterious marshmallow crème substance is harvested out of the earth and shipped out to unsuspecting consumers across the country. What these consumers are oblivious to is that the substance is alive and using them as hosts to help it achieve world domination. How freaking awesome is that? The Stuff (which is the name of the product that is sold to the masses) consumes its victims from the inside out, turning them into mindless servants of the Stuff, kind of like an organic, yummy Borg. 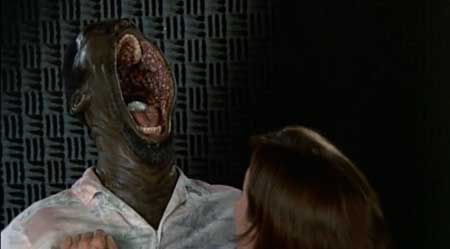 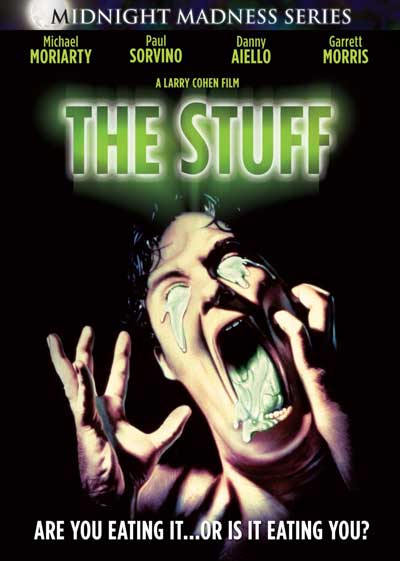 As a 40-year old I was impressed with the underlying poke not only at Americans as consumers but also the advertising agencies and their never ending quest to shove their products down our throats. There are shady goings-on, there’s corporate greed, and there’s corporate espionage as well. I thought it funny that I noticed the commentary this time around, when before it had never occurred to me that it was there. See what paying taxes and working for the man does to you? 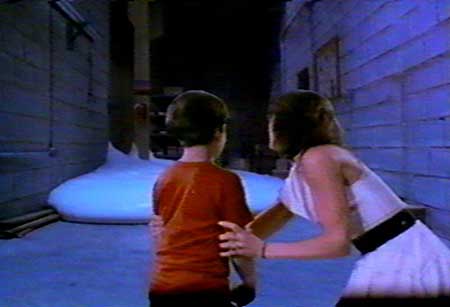 Now, don’t be confused. The Stuff wasn’t among those aforementioned Academy Award nominees for a reason: it couldn’t be cheesier if it was in a pot of Velveeta. The acting, though by no means horrid, comes across as though the performers were trying to stay in character. This actually increases the enjoyment of the film in a similar way to when you see the actors on Saturday Night Live lose their focus because of some unseen catalyst. There are a number of reasons I enjoy this film. It could be my love for cheese. It could be the nostalgia I experienced watching a film I shared with my father all those years ago. But when it comes down to it, I think it’s because the movie is just fun to watch.