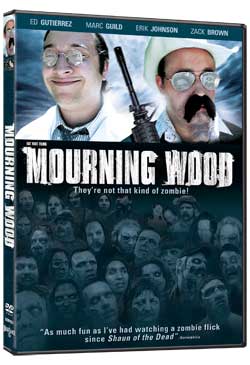 Four friends are in an epic struggle to put together a film for a short film festival. Making films is quite hard work and things get even more difficult for the group when local mad scientist Jacob Pendelton’s new product causes what could only be describe as a zombie holocaust. These zombies however are quite different since they spread their disease by ejaculation….Oh did I mention that Pendelton’s product is called “shampube”….yes this is going to be one of those types of films….will the guys get their film done, will they stop the zombie holocaust…….will they find big foot?

“Dude not on your car man!”

With a title like Mourning Wood one should already have some sort of idea of what they are about to get themselves into. Ryan Convery doesn’t disappoint and one is left with a happy feeling in their gut when the film ends.

Though Mourning Wood takes many turns during its running time the main plot device centers on a group of four friends who are attempting to make a short film to enter into a local film contest. Director Convery actually plays as Brian who is the director of the group of friends. The group is holding a meeting attempting to find ideas (each of the guys ideas is played out as a short film for instance one of the group describes a kung fu style film and it is shown on screen). As the group begins to smoke a little pot in order to stimulate their brains they watch the television. In Mourning Wood the television is a character all on its own. It throws the plot devices at our young heroes and describes to the viewer what exactly is going on from an old business rivalry to recent sightings of a big foot type of creature. The most terrifying thing however is local celebrity Jacob Pendelton has started a zombie apocalypse while filming an infomercial for his new product Shampube. Not listening to anything they hear on television the group ventures out into the city to film their masterpiece….it doesn’t take long before they are thrown right into the middle of the entire mess and eventually everything you saw on the television starts to make sense. 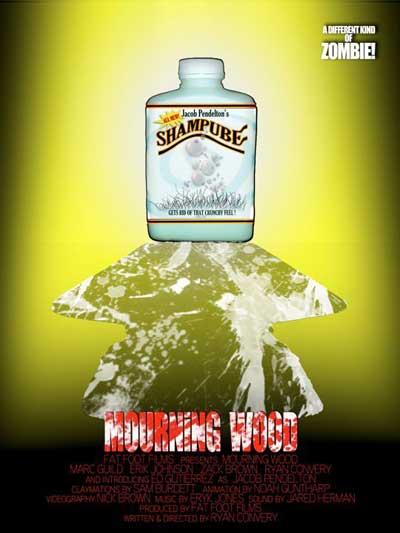 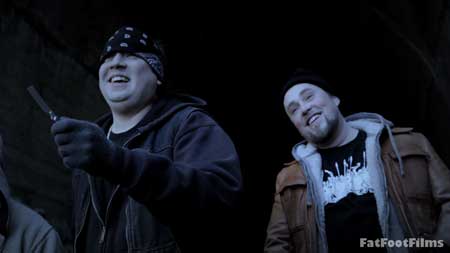 Mourning Wood is extremely low budget and it embraces it…in fact it becomes part of the films charm. Many of the actors in the film portray two roles and actually relish in all of their screen time. Most of the film is as one would suspect fart jokes and cheap gore gags yet it actually works. The fx like the budget are pretty low but they work with what they have. The main effect during the course of the film would be of course how the undead spread their unholy disease…..they work themselves up into sexual arousal and then ejaculate on anything and everything near them. This of course sets up many of the films visual gags. 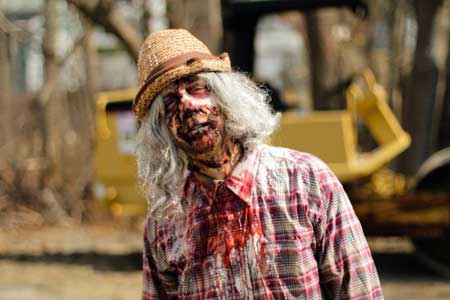 When Mourning Wood isn’t following the exploits of the young film makers it is following the story of Texas Jim. Texas Jim has an obvious fake moustache and chin appliance and is the owner of a used car lot. Texas Jim once worked with a man known as Texas John and both were betrayed by Jacob Pendelton so that becomes yet another subplot for Mourning Wood….it appears quite a lot of things happen in this small town. 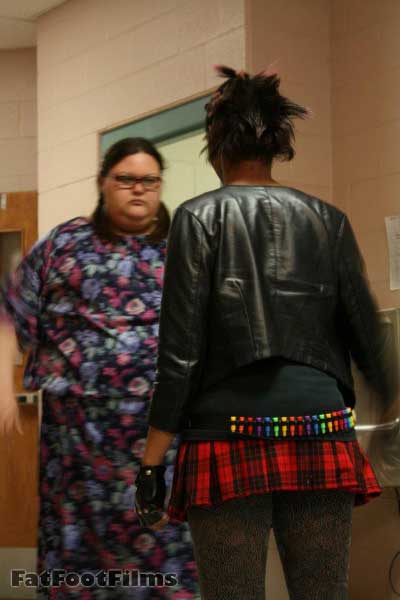 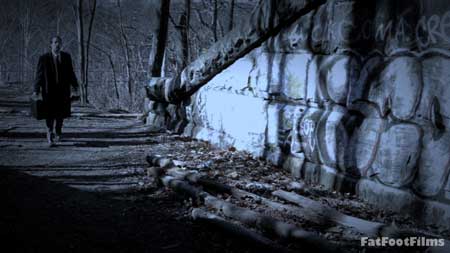 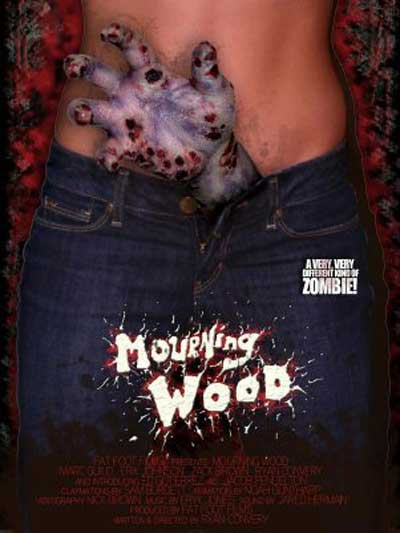 Fart jokes as entertaining as they are can grow stale and luckily Mourning Wood has a little bit of heart to throw in with its jokes about body odor and sex. The cast and crew were obviously having a good time while they were working on this one and it shows. This is one of those films that is best enjoyed with a large group of close friends and a few cold ones.