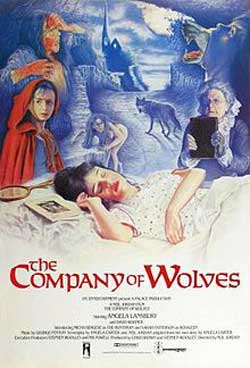 Multiple takes on the wolf / werewolf mythos are explained to a young teenage girl by her grandmother.

Best Line: “Never stray from the path, never eat a wind-fall apple, and never trust a man whose eyebrows meet.”

The Company of Wolves is a stylized film from the 80s that focuses more on content and imagery than on any kind of real story. The story itself lost me at the end, but I didn’t mind because the movie was interesting to look at. When the movie begins, we see the main character, Rosaleen (Sarah Patterson), dreaming about the death of her sister. In the dream, her sister is stalked by a pack of wolves and then cornered into a copse of trees. When Rosaleen awakes, her sister has, coincidentally, been killed by a pack of wolves. At the funeral, we are introduced to Granny (Angela Lansbury), who takes Rosaleen to her place to watch over her. While there, Granny tells Rosaleen different tales of wolf folklore. 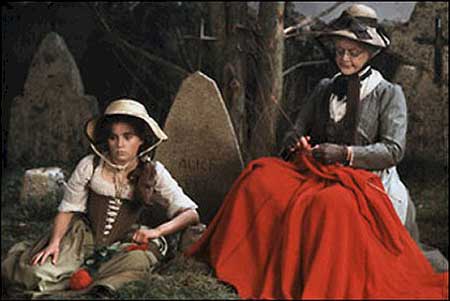 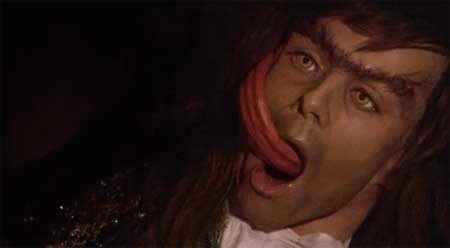 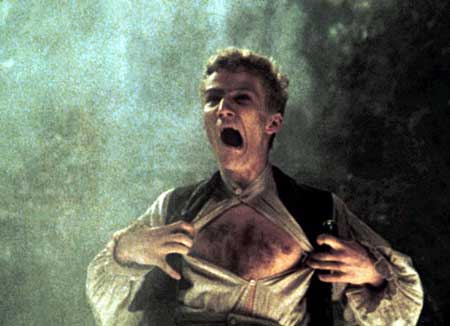 None of these tales are particularly frightening, but they are told cinematically with flair and that makes it fun to watch. It is also interesting to see the different tales of the wolves unfold. Stephen Rea is in one where he marries his bride only to be called by the moon when he is to consummate the marriage, not to return until many years later after his wife has had three children with another man. I’m guessing the end of this tale is why make-up effects guy Christopher Tucker signed on to the movie; there is an awesome sequence involving Stephen Rea peeling off all his skin and getting his head lopped off.

There is also one about a jilted lover coming to get her revenge, and the main plot eventually evolves into a surreal Little Red Riding Hood with a twist ending. It was this twist ending that made me feel like Tim Burton’s remake of Planet of the Apes made me feel – lost and not a little befuddled. 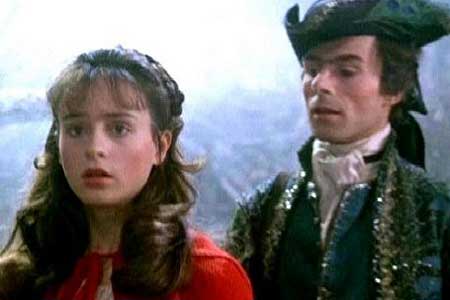 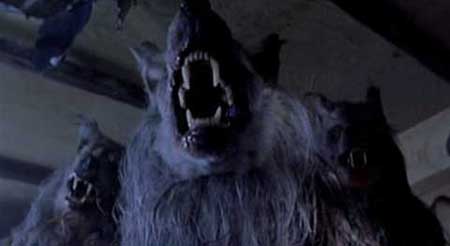 Speaking of Tim Burton, the art direction, which lends to the film’s atmosphere considerably, is steeped in that bland, depressing color scheme that Tim Burton has made a career out of showcasing– that almost monochromatic black and white pallet that makes ladies’ skin look like porcelain and blood really pop on the screen. Unfortunately for gore hounds, that latter effect is not utilized as extensively as one may expect from a film about werewolves.

That’s ok, though. The cast is a good one. As mentioned before, we have Angela Lansbury, who comes off more as a Minerva from the Harry Potter movies than she does a Jessica Fletcher from “Murder She Wrote”; and Stephen Rea, who was in the “Crying Game” and “V for Vendetta” . But we also have David Warner who was the evil Sark and Master Control Program in “Tron” and was the photographer who lost his head in “The Omen”. And one other that I found interesting was Brian Glover. Glover was a character actor I first saw in “American Werewolf in London” playing chess in the Slaughtered Lamb. 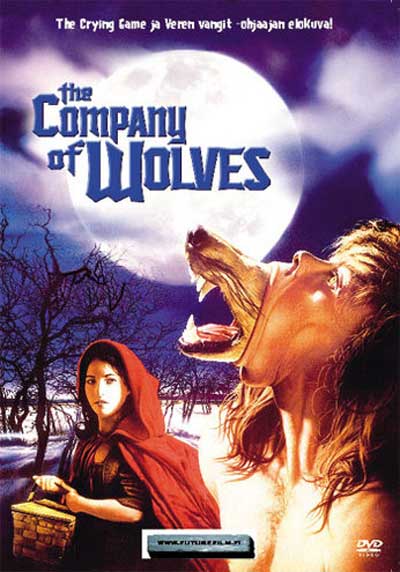 The Company of Wolves is a tame but charming collection of wolf tales tied together in a greater story that doesn’t really make any sense. This doesn’t matter though, as the tales that are told are fun to watch and interesting to hear. If you would like to see a more traditional take on the wolf lore found in old folk tales, this movie is a good place to start.