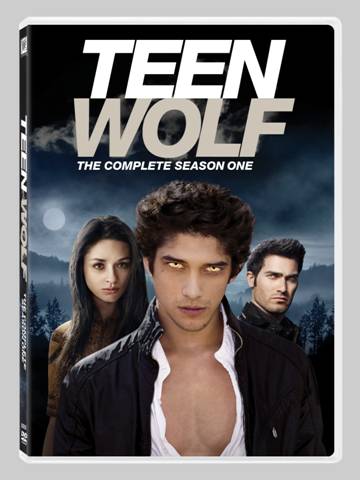 Win a copy of TEEN WOLF THE COMPLETE SEASON ONE, out on DVD on May 22

Discover the story of how one strange night forever transformed one teenager’s life, when MTV’s hit show “TEEN WOLF” Season 1 comes to DVD May 22 from Twentieth Century Fox Home Entertainment and Metro-Goldwyn-Mayer Studios Inc. Nominated for six Teen Choice Awards®, Season 1 is a must-own for every fan, with an exclusive never-before-seen extended season finale, deleted and extended content and behind-the-scenes extras with the sizzling, breakout stars of the show. “TEEN WOLF” stars some of young Hollywood’s finest, including Tyler Posey (Scott McCall), Crystal Reed (Allison Argent), Tyler Hoechlin (Derek Hale), Dylan O’Brien (Stiles), Holland Roden (Lydia Martin) and Colton Haynes (Jackson Whittemore). The series will return for a second season this summer on MTV.
MTV’s “TEEN WOLF” is a sexy, suspenseful drama about transformation set against the backdrop of contemporary teen life, with a forbidden, romantic love story at its core, making it a fresh and different take on the iconic movie. Always an outsider and often unnoticed, Scott McCall yearns to be recognized in some small way that takes him out of his typical state of high school anonymity. When his best friend Stiles convinces him to go into the woods one night to join a police search for a dead body, Scott encounters a creature in the darkness. Narrowly escaping an attack with a vicious bite in his side, the next day brings strange surprises for Scott at school and his life will never be the same.
For your chance to win a copy of TEEN WOLF THE COMPLETE SEASON ONE on DVD, simply answer the following question:

Which teen gets attacked by a werewolf when his best friend convinces him to venture out into the woods?
• Scott McCall
• Derek Hale
• Stiles
• Jackson Whittemore

Please email joyhorror@horrornews.net with your answer and include, Teen Wolf in the subject line & your full name and address in the body of the email.  This contest is for residents of the United States and Canada ONLY!  Good Luck.