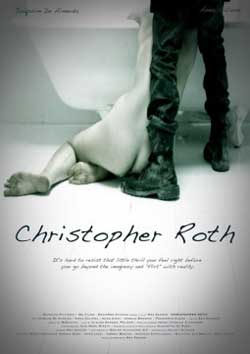 A horror novelist begins to fear his stories may have a life of their own.

Christopher Roth, a suspenseful and thrilling movie written and directed by Maxime Alexandre, is a riveting tale of a successful but burned out horror writer played by (Joaquim de Almeida) who uses the pen name ‘Christopher Roth’. He decides to write about something besides the dark and evil tales he is famed for which distresses his agent, Paul Andersen (Ben Gazzara). Roth’s imagination starts to twist the horrific images in his head, making the fine line between the warped and sadistic world he writes about and his grip on reality hard to determine.

Roth’s agent suggest he and his wife Catherine (Anna Galiena) get away for awhile, rent a house, change his scenery. They travel to Italy and take up residence in a beautiful country château. They drink wine, lounge around a beautiful grand piano and take a walk through the woods where the famed writer and his lovely wife are caught up in the middle of a wild boar hunt. Not sure they are going to make it out alive the run through the woods dodging the bullets and running from a wild boar. Fortunately for them they are spared from harm when the wild boar is shot by a huntsman. Distraught from his walk in the woods he is rendered unable to sleep. His weary wife is haunted by nightmares. Roth feels uneasy as if he is being watched. 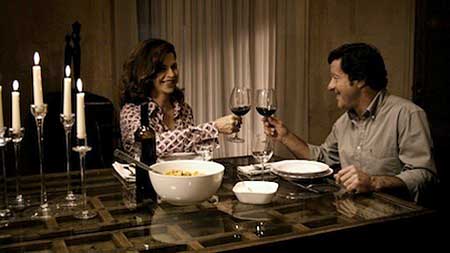 The next day one of the huntsman and his daughter pay a visit to the distressed pair. They come with gifts and become very acquainted with the couple. Soon after two lovers are found dead in the woods, their naked bodies posed to mimic the bloody characters from one of Roth’s famed books. His wife tries to hide it from him. Her attempts to shield her husband from the ugly discovery is cut short when his editor contacts him, spilling the beans. Roth comes face to face with his worse nightmare when his wife Catherine reluctantly gives her husband the paper featuring the young lovers. Roth’s nightmares increase causing him to plummet into deep despair.

He returns home after an outing in which he reflected on his murderous tales to find his lovely wife gone. Sitting down to a glass of wine he opens a parcel he finds sitting on his plate in the dinning room. It holds a picture of the young lovers, along with a letter thanking him for detailing the murders so well in his book. The murderer is a photographer and he decides to make the stories come to life through pictures of the crimes he recreates from the dark and twisted tales. He and his wife decide to drive to the neighbors house to use the phone this own phone having been disabled by the killer. 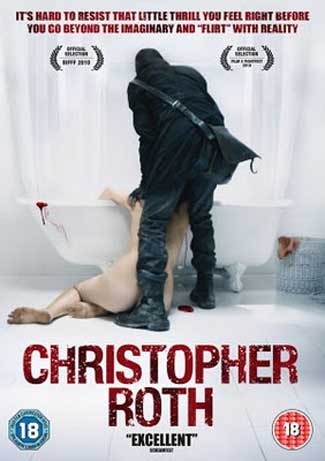 They make their way to the neighbors house and find their way into the middle of a bloody and hellish nightmare that far exceeds anything Roth has ever written. Him and his wife quickly become the lead characters at the hands of a mad man and his sadistic hateful sister. There are chilling and horrific murder senses that are both real and the product of our writers warped and delusional imagination.

Christopher Roth is a refreshingly horrific tale of a writer who loses his grip on reality and finds his best work coming to life. This movie more than held my attention. I enjoyed the twist and turns that leaves you wanting more. The movie is narrated by Joaquim de Almeida. His voice entrances you making you want to hear more. If you like suspense and the thrill of being terrified this movie is for you. 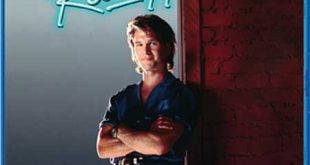