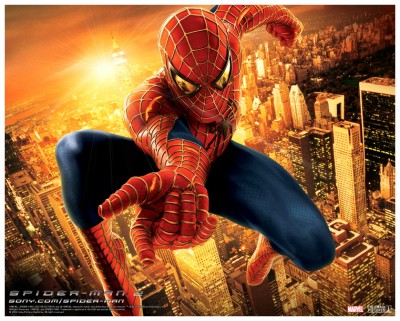 “Peter Parker can’t seem to catch any kind of break. Being Spider-Man has brought him nothing but problems as far as his personal life is concerned. Not only that, Mary Jane Watson is engaged to astronaut John Jameson, and Peter may lose her forever. Things are so bad for him that he is pushed past his breaking point, so he decides that he doesn’t want to be a super hero anymore, until a freak accident transforms Doctor Otto Octavius into Doctor Octopus, a super-villain with four metal tentacles protruding from his torso. Peter realizes that only Spider-Man can stop him but, of course, problems arise. Mary Jane gets caught in the middle, and Harry Osborn, who still blames the web-slinger for the death of his father Norman Osborn, also the Green Goblin, wants him dead. Spider-Man will have to push himself past his limits if he’s going to survive.” (courtesy IMDB)

Less than a week after Spider-Man (2002) opened, Columbia Pictures and Marvel Enterprises announced that their arachnid-infected comic book crusader would be back on cinema screens for a sequel in 2004. All principal players would return, including director Sam Raimi, whose passion for the source material energised the superhero tale beyond all expectations. Whereas other comic book adaptations of the era had met with mixed success – either departing from their comic origins like The Punisher (2004), or adhering too slavishly to the comic text like Hulk (2003), or simply suffering from a surfeit of discotheque lighting like Daredevil (2003) – Raimi and his team had succeeded in spinning forty years of comic lore into a film that was part action-packed adventure, part human saga of everyday folk thrust into the Marvel comics universe of mutant foes and heroes.

The filmmakers perused a catalogue of Marvel villains for Spider-Man 2 (2004), including The Lizard, Black Cat, Doctor Octopus and Morbius the living vampire. Unfortunately Marvel chose to withdraw Morbius in order to keep the character for his own future film outing. In the end Raimi chose to pit Spider-Man against Doctor Octopus alone, knowing full well that spending too much time introducing new characters would leave less time with the characters already established in the first film. The audience obviously wanted a much more deeper experience with Peter Parker and the villain, and multiple villains would counter that idea and simply become distracting. Doctor Octopus was a clear contender for the role of Spider-Man’s nemesis, having made a lasting impact on comic book fans when he first appeared in The Amazing Spider-Man #3 in 1963, and going on to become one of Marvel’s enduring super-villains. Originally conceived as an atomic scientist, Doctor Otto Octavius wore a harness that sprouted four telescoping titanium steel tentacles, with a tripod claw at the end of each. The apparatus was designed to handle radioactive objects until, in true Marvel style, a laboratory accident fuses the scientist to his creation leaving him criminally insane. 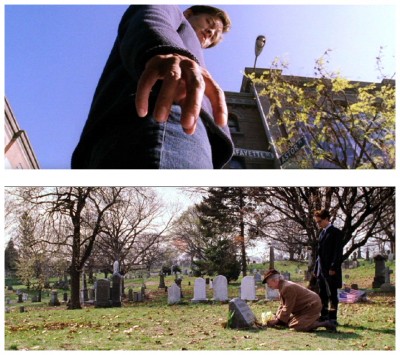 Written by Alvin Sargent from a story by Alfred Gough, Miles Millar and Michael Chabon, the screenplay depicts Otto Octavius (Alfred Molina) as a scientific genius on the verge of harnessing a potentially revolutionary energy source. Before his accident, he forms a friendship with young student reporter Peter Parker (Tobey Maguire). Parker’s own story intertwines his continuing romance with Mary Jane Watson (Kirsten Dunst) and his inner turmoil in maintaining a double life as a clandestine crime-fighter. After establishing Parker’s struggle with a dual identity as superhero and beleaguered science student, the story introduces Doctor Octavius as the subject of a college paper that Parker is writing about the doctor’s cold fusion energy research. A demonstration goes haywire as the fusion reaction sucks all metallic objects into its vortex and, despite Spider-Man’s intervention, destroys the room and leaves Octavius forever changed. Parker’s wrenching ambivalence yields to his higher calling when, after Otto’s transformation, Spider-Man rallies to save the city from the doctor’s gone-awry energy experiments.

What struck me was just how violent the movie is. Sure, super-humans battling up and down skyscrapers is bound to cause tons of property damage, but people are actually brutalised. In the scene following Octavius’ transformation into Doctor Octopus, nurses and doctors (one of whom is played by filmmaker John Landis) are mercilessly murdered by the robotic arms. Octavius is unconscious, but his appendages have an evil mind of their own. It’s quite gruesome stuff, definitely not for kids, I thought. A certain amount of realism demands that people die when such inhuman abominations are on screen, but this scene left me feeling a tad uncomfortable, making it difficult to get back into the fun.

Unlike the Green Goblin in the first film, Doctor Octopus would remain unmasked throughout the sequel. The emotional context behind the spectacle remains the primary appeal of Marvel’s enduring web-spinner to Sam Raimi: “I definitely wanted an unmasked villain this time. I loved what Willem Dafoe did in the last film as Green Goblin, but as soon as I had a masked Green Goblin interacting with a masked Spider-Man, I lost all the humanity. The audience is attracted to the humanity in the story. That really was the most important thing, and that may have helped the effects. You really know who Peter Parker is. You really know what he wants and how much he loves this woman. So, when Spider-Man goes to the rescue, the audience has all that behind them, as opposed to simply looking at a visual effect. They want it to work, because they want to believe.”

The genius of casting Tobey Maguire as Peter Parker becomes ever clearer. The heart of the whole film is Parker, not his alter-ego, and Maguire is as compelling a Parker as could possibly be imagined. Parker knows what being Spider-Man means. No matter what he does, he will always have enemies, he will always have responsibilities that take precedence over his personal desires. “Am I not supposed to have what I want? What I need?” So he gives up, tossing his costume into the dustbin. We know that he’ll eventually come back, of course, but his emotions are real, and we feel them. When he is forced to hide his emotions from Mary Jane, the woman he loves, the anguish this causes him is palpable. Raimi’s extraordinary achievement is combining these emotions with the action sequences of the film. His success makes the action more than just thrilling set pieces. We care about these characters, and the fights have distinct effects on their lives. This gives the action multiple layers that make these sequences far more compelling than those in the typical blockbuster. The thrilling climax, a fight between Spider-Man and Doctor Octopus on a speeding subway has an unexpected conclusion with deep ramifications. 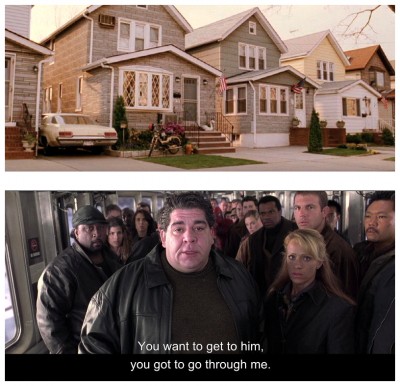 Outwardly, Spider-Man 2 isn’t that much different than the first one. We still get the ‘we were once friends’ hero-villain dynamic. Parker and Mary Jane are kept apart, even though he’s smitten and she is quietly in love with him too (never mind that she’s planning to marry someone else). Harry (James Franco) broods and almost has to do the school-kid thing to get noticed amongst all the characters. Aunt May (Rosemary Harris) represents goodness and Parker’s only link to a rock-solid family. J. Jonah Jameson (J.K. Simmons) is still as funny in the sequel, although there’s not enough of him to lighten up the mood, and then there’s the cartoony visual effects. I’m still not completely sold on those effects even if they are an improvement on the first outing. Apart from that, it’s a brand new story! 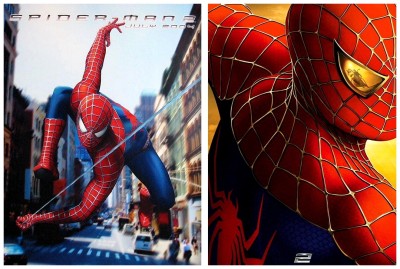 Praise should be given to director Raimi – The Evil Dead (1981) trilogy, Crimewave (1985), A Simple Plan (1998), Drag Me To Hell (2009) – who handles the material with respect for the fans, while simultaneously managing to entice mainstream audiences into Spider-Man’s web. It manages to have a lot of fun despite its serious nature – keep an eye out (ow!) for Bruce Campbell‘s cameo as a snooty theatre usher, and even brief appearances from Willem Dafoe and Cliff Robertson – their characters may be dead, but the spirit lives on! I’ll leave you to ponder that puzzlement, but not before thanking certain sources for their vital assistance in my research, namely Cinefex Magazine #99. I look forward to your company next week when I have the opportunity to freeze the blood in your veins with more sickening horror to make your stomach turn and your flesh crawl in yet another fear-filled fang-fest for…Horror News! Toodles! 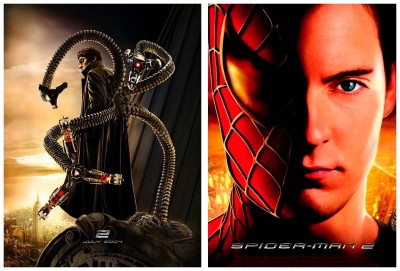