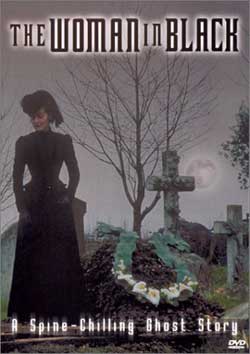 When a friendless old widow dies in the seaside town of Crythin, a young solicitor is sent by his firm to settle the estate. The lawyer finds the townspeople reluctant to talk about or go near the woman’s dreary home and no one will explain or even acknowledge the menacing woman in black he keeps seeing. Ignoring the towns-people’s cryptic warnings, he goes to the house where he discovers its horrible history and becomes ensnared in its even more horrible legacy

I love a good ghost story, whether it be around a campfire or on film. The Woman In Black falls into the classic ghost story genre which in short means a slower paced movie filled with lots of atmosphere, creepy music and things that go bump in the night. This movie has all of the above and in the end I enjoyed it very much. 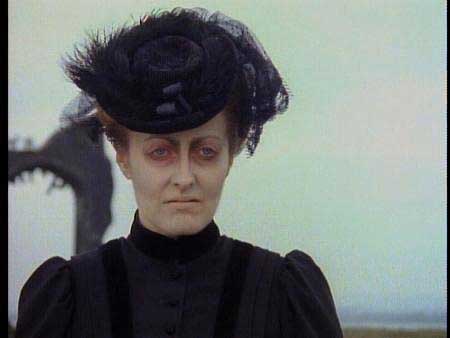 There was a remake of this just put in theaters not too long ago starring Daniel Radcliffe in the lead role. Interestingly enough, Adrian Rawlins, who takes on the leading role duties in this film, played Harry Potter’s father in the Potter films. Small world. No wonder Daniel took an interest in taking on the role.

Arthur Kidd (played by Adrian Rawlins) is a young solicitor in London who works in a decent sized firm. He is ambitious but still very youthful in his manners and duties. Little does he know that his boss has plans for him. Seems that a client, a Mrs. Drablow, has just died and he wants Arthur to go out to the small coastal town of Crythin and settle the estate. 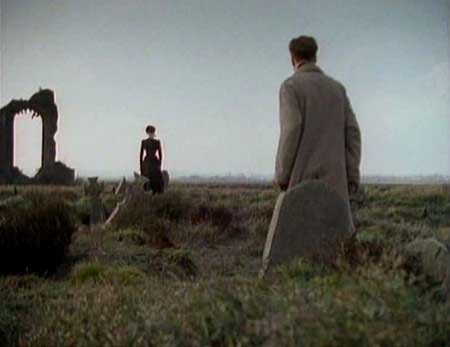 At first Arthur objects, he has a wife and two young ones to look after but he is not so gently reminded that this opportunity would be “central” to his advancement in the firm. Arthur agrees and off he goes by train. On the way he meets and older gentleman by the name of Sam Toovey. He knows of the death of Mrs. Drablow and gives Arthur some cryptic history of the woman, along with the information that no one will be showing up to her funeral.

And it isn’t just Sam that talks this way. Everyone that Arthur encounters in the town offers their own cryptic versions about the large house out in the marshes and the woman who resided there. Just what is everyone trying to hide?

But it turns out that Mr. Toovey was right. There is no one present at the funeral. Well, that’s partly correct. Arthur does notice a woman dressed in black hanging out in the back of the church and then later on out in the graveyard. Who is she? And what does she want? It isn’t until Arthur makes it out to the house does he start to realize just what is in store for him. 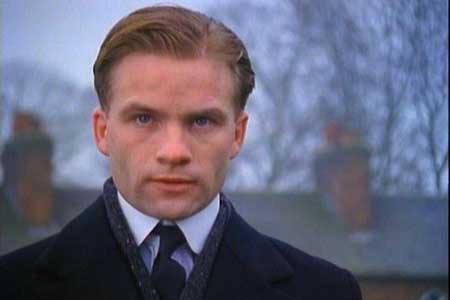 The Woman In Black is a solid film, a good example of a classic ghost story. The pacing can be a little slow at times but the tension does build nicely. One cliché that always appears in films such as these is the backstory that slowly gets revealed as one by one the villagers slowly open up about what happened in the past. This part of the film is done particularly well which, in these kinds of movies, is an absolute necessity.

Director Herbert Wise does an excellent job all around but most notably with the atmosphere. Great use of scenery and fog, of sounds that come from nowhere, and a building of dread as Arthur peels back the layers of the past. 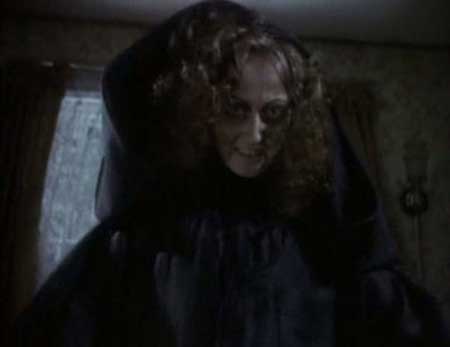 Speaking of Arthur, Adrian Rawlins does a fine job in the lead as a young, c**ky solicitor who gets more than he bargains for. Bernard Hepton as Sam Toovey is also excellent as the local with the knowledge, the voice of warning and of reason. Again, another role that is critical in a ghost story.

In the end I would have to recommend The Woman In Black, more of a see it once. For some it will be too slow and I completely understand. But for films like these it’s all about the atmosphere and ultimately, the ghost story which holds it all together. Both are in fine form here. It now has me curious to see the remake which, reading the synopsis, sounds like they changed things up a bit. No surprise there. I just hope the new film manages to have the same kind of simple atmosphere as this one. As the Paranormal Activity movies prove, a little bit can go a long way.

Tom Harper To Helm Hammer film The Woman in Black 2: Angel of Death 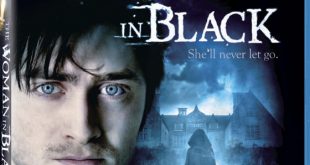 Hammer Arrives Home with ‘The Woman in Black’ Blu-ray