CHARLOTTE, NC — This past weekend over ten thousand people converged on the Blake Hotel for a celebration of the fantastic with the Mad Monster Party and Mad Monster Party FIlm Festival. The fans came to see illustrious guests such as Brad Dourif, Rutger Hauer, Ace Frehley, as well as fresh new faces like Addy Miller and Chandler Riggs of The Walking Dead. What they were treated to was three days on non-stop genre entertainment that included a Hong Kong Horror Show, a Midnight Spookshow Revival and a film festival that unleashed no less than forty independent films from around the county and the Carolinas. 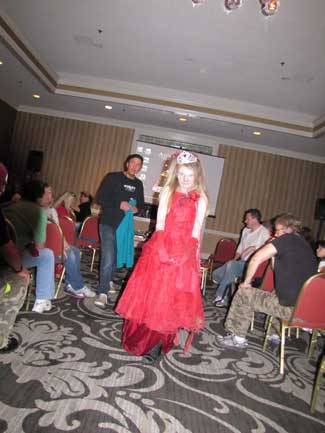 The film festival winners were announced on Sunday and indluded local works from the Carolinas and a few from abroad. South Carolina’s Desdemona 6 from Last Call Pictures won for “Best Sci-Fi” while Robert W. Filion’s The Promise Jar won for “Best Fantasy.” From across the country Patrick Rea’s Nailbiter won for “Best Horror” while Scott Goldberg’s controversial political thriller Mr.Mullen won for “Best in Show.” It came as no surprise that after packing the house for a makeup demo by Connor McCullagh of Scyfy’s Face-off with Addy Miller of The Walking Dead that the new series Psychic Brats from Ghost Trek filmmakers Michael Plumides and Robert W. Filion won the coveted “Viewer’s Choice Award.” 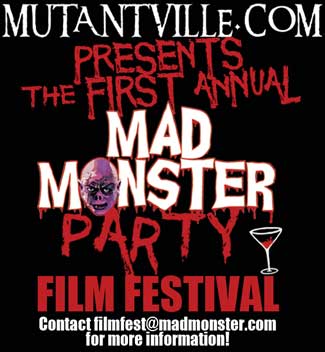 Chief festival programmer J.T.McRoberts states that “we had a tremendous turnout for the convention and the film festival. According to early counts we had ten thousand fans on Friday night alone. Some films played to packed houses while others played to a room of two. Regardless, whoever found their way into the Hall of Doom screening room enjoyed everything they saw. This event is a real boon to the Carolinas and can only get better each year. Charlotte has been hungry for something like this for years and this past weekend – the city spoke with it’s numbers. Now it’s time to get ready for 2013.”