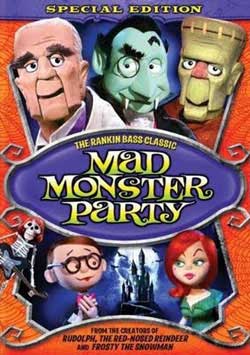 Boris Karloff and Phyllis Diller lend their vocal talents to this bizarre stop-motion animated parody of horror films. Dr. Frankenstein makes plans for his retirement and convenes a meeting of all monsters to announce his replacement. As word spreads that the doctor is going to choose his young nephew-protégé for the position, the visiting creatures plot a coup d’état that would leave Dr. Frankenstein retired … permanently.

“It’s the Silliest Party of the Year… and you’re all invited!”

Dr. Frankenstein has created a new serum which can destroy matter. He invites all of his monster friends (Dracula, Mummy, Wolfman, the Invisible Man, Creature from the Black Lagoon, Dr. Jekyll/Mr. Hyde, Frankenstein’s Monster, Bride of Frankenstein aka Phyllis Diller, Hunchback) and his human nephew, Felix, to his castle on a creepy secluded island for a convention to show everyone his discovery and announce his successor as head of the Worldwide organization of Monsters. Everyone thinks they’re going to be the successor but his nephew is. Dr. Frankenstein’s assistant, Francesa, knows beforehand and tries to make a deal with Dracula to prevent Felix’s succession and steal it for themselves.

At the castle, we see all sorts of ghoulish things inside. We meet his staff of zombies, led by Igor, his zany chef, a skeleton band, among many other creepy, crawly things.

As most of my friends know, I not only like “adult” horror but I also like children’s horror movies, like Nightmare Before Christmas and Mad Monster Party. Mad Monster Party is like the “Halloween” version of the Jules Bass / Arthur Rankin Jr.stop-motion Christmas classics, like Rudolph, the Red-Nosed Reindeer and Frosty the Snowman. The 60s were big on stop-motion. I guess it was because it was new. You can tell the technology was in its beginning stages but it’s not bad. Young children will love it, even today.

The story is simple as expected since it’s for kids. Easy to follow but it’s effective.

The atmosphere is just great! It brings me back to my childhood. I didn’t see this as a child but I know I would’ve loved this then too. It’s still very colorful and vibrant, like moving Halloween candy. I just keep trying to imagine how cool it must’ve been to create this! It has a lot of dark earth tones which make the colorful characters stand out. The castle is full of atmosphere itself. The forest outside is perfectly done, it looked so real.

The SFX are very good for being done in the 60s. The whole movie is a special effect of art and miniaturization. It’s a little jumpy, not as smooth as today’s stop-motion and claymation but not too noticeable. What’s astounding is that it’s over 95 minutes long! That’s long for any stop-motion, let alone forty years ago!

The voices are done very well but a bit clichéd. If this were a real movie, rather than stop-motion, the clichés would’ve ruined it but it’s great here. The exaggerations make it fun. Of course, Boris Karloff as Dr. Frankenstein is almost a requisite. Phyllis Diller as the Bride of Frankenstein is a give-or-take for me. But then we have the Peter Lorre-type voice for Igor, the Lugosi Dracula, and most out of place is the Jimmy Stewart-like voice for Dr. Frankenstein’s nephew, Felix.

There are several musical numbers but they aren’t constant. The numbers are okay but a few just seemed rather bland. I suppose children will appreciate it more.

This was a treat for me and I probably liked this more than many viewers will. But, if you enjoy Halloween and the lighter side of horror, you might enjoy this. Boris Karloff fans will love this! 3.5/5

Just in time for this review, Lionsgate Home Entertainment is issuing a new Special Edition DVD of Mad Monster Party on September 8, 2009. Be sure to check it out!

Quote:
Dracula: What kind of a monster is he? A ghoul? A demon? A spook, or…?
Francesca: A human.
Dracula: They’re the worst kind. 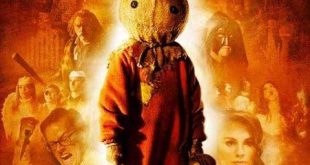 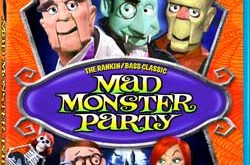 Calling All Ghouls To the ‘Mad Monster Party’