HorrorNews.Net and Horror News Radio is set to descend upon Charlotte, North Carolina the weekend of March 21-23, 2014 in order to participate in The Mad Monster Party horror convention. It promises to be three days of monstrous fun! The guest list is insane, the events are incredible and the film festival will not be outdone.

All HorrorNews.Net readers and Horror News Radio listeners are invited to come by the HNN/HNR table to visit with three of the podcast show’s hosts and HorrorNews.Net regular contirbutors, Dave Dreher (the lead new writer for the site), Santos Ellin Jr. (the Black Saint – the lead theatrical reviewer for the site) and Doc Rotten (film critic and Horror News Radio producer). WE WANT TO HEAR FROM YOU! 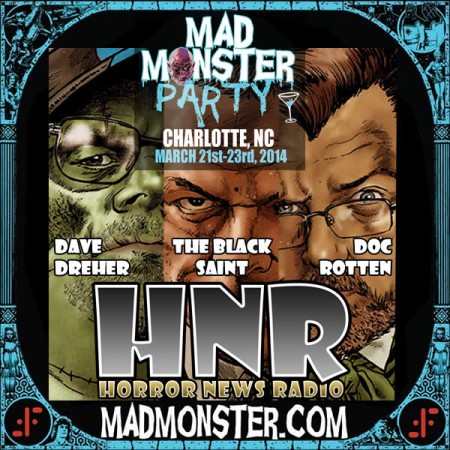 Do not miss it!
The Mad Monster Party Charlotte 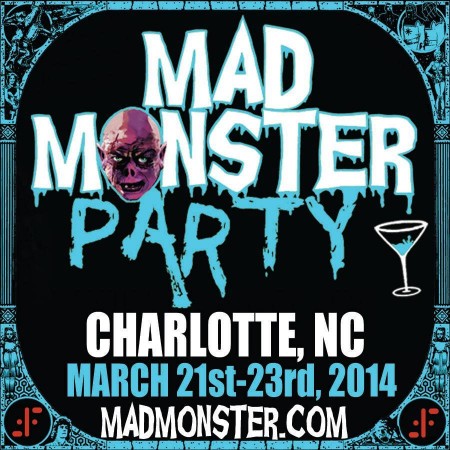 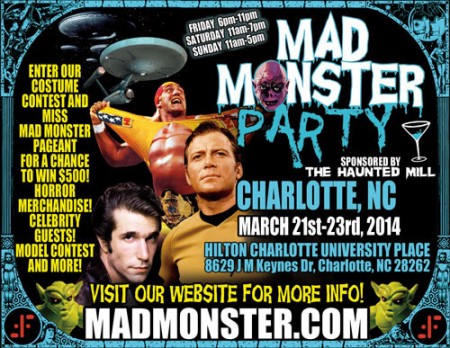 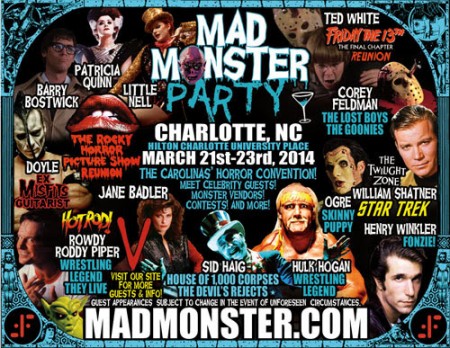