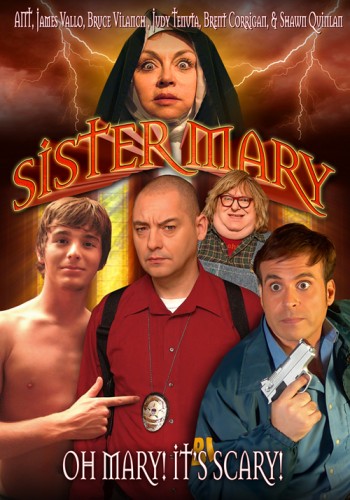 Homophobic detective Mark Rima (James Vallo) must “partner” up with the very gay and flamboyant Detective Chris Riant (Shawn Quinlan) to stop a serial killing Nun (Judy Tenuta) from offing 5 band members otherwise known as “The Ex Choir Boys.” But when it is determined that the detectives can’t solve the case on their own, expert F.B.I. profiler Agent Peccant (comedian Ant) is assigned to the case. As the details of the case slowly emerge the police determine that that the “nun” may only be a silent witness to the grisly murders. The task force then turns its attention on the Catholic Church and a suspect group of Priests that have had a propensity for “cleansing the souls” of innocent young choir boys.

“I used to be a Catholic, and then I hit the age of reason”–George Carlin.

So I got this request to write a review about a gay themed horror film called “Sister Mary.” First thing that went through my head was FINANLLY a hot movie about one of my favorite subjects: Catholic school girls in trouble. I was thinking white shirts, plaid skirts, white panties and knee high socks… And they are stalked by a killer nun that has hot lesbian sex with them and then kills them in some weird catholic bondage and domination ritual that involves whips, hot wax and lots of hair whipping around and kissing there needs to be lots of kissing and Bree Olsen… That is the “gay themed horror film” I imagined I’d be watching cause to me the word “gay” means either gay men or gay women but instead of catholic school girls in trouble I got a work in progress cut of a very different film.

Now, I am NOT a fan of make believe or people with imaginary friends who take think that there invisible friend is real or worse gives a sh*t about them, so therefore I’m sure you can imagine that religion and more specifically Catholicism are not high on my list of “favorite things.” So a film that lampoons openly the Catholic Church is nothing that I have any problems with. “The Ruling Class,” the 1975 “Wicker Man” and “The Life of Brian” are all examples of films that do a GREAT job of this… I wound up seeing “The Ruling Class” as someone had told me it was a favorite of Anton Lavey’s the former head of the Church of Satan (since replaced by Peter Gilmore since his death) however, and I’m sorry to disappoint anyone, I am not a Satanist. Also Ken Russell’s “The Devil’s” and “Quills” do a great job of this using drama just to name a few.

In fact I find it hard to not get into the sexual deviants, criminals, money launders and thieves that make up the diocese, in three words Father John Geoghan* but that is being light however in writing a review of film “Sister Mary” I can simply use “stuff that happens” in the movie and forego having to in anyway say anything nasty about religion in general.

“Sister Mary” has some great scenes in it like a gay cop with super powerful “gay-dar” who goes about separating the gay priests from the straight ones with his eyes closed. Or the boy band named the “Ex-Choir Boys” if you listen to lyrics of their songs they are all very much about praying… on your knees… and receiving a blessing… –think bukake… The film also touches –comically, on issues of child abuse in religion…

This really isn’t much of a horror film, thriller or even a slasher film… “Sister Mary” is witty but deals with a lot of “gay issues” such as homophobia in a manner that I could only compare to a group of black men putting on their own minstrel show. The bulk of the gay men in the film (weather or not they are law enforcement officials or civilians) are all fashion obsessed, air heads, with a bunch of snappy come backs with lisps and limp wrist or twinks… –Aside from non-famous over used Hollywood Square Bruce Valance, who’s in the film for like 2 minutes but whose name is in the opening credits and who’s picture is on the box. Granted, Bruce does have a lisp, and does come off as a bit of an air head but there is no way you apply to a man with a Prince Valliant hair cut the words “fashion obsessed.” That’s like saying “your hip cop mustache matches your stylish mullet.”

The lisping fairy is the stereotype assigned to the gay man. Now granted there is the argument that stereotypes come from somewhere and in combating stereotypes we force people to have to be more creative and personal with their insults and not just have them dis us on the basis of merely our ethnicity, sexual orientation, religion (or lack thereof,) socio-economic back ground or age. Added to that there is the idea that making generalizations about people is unfair to them etc… However I can also say that in “movie reality” you have to often draw on stereotypes because you don’t have 2 hours to draw an in depth character analysis and then get to the story, never the less a story that isn’t worth the time to build a characters that in for depth. “Sister Mary” is fun and not so in depth that it needs well written characters. The question is, because everyone at the end of the day can fit into some kind of stereotype or racial/sexual/age joke, how much does it bother you? Me personally… I’ve never gotten into a fight over “bad name” I’ve been called… well, not since elementary school.

I like films with a lot of good one liners, Groucho Marx style and I can say that “Sister Mary” at least has that to offer. It also has an excellent and convincing performance from Judy Tenuta as a bitch nun, played really straight –no pun intended. And if your saying “who’s Judy Tenuta” you were probably born AFTER the early 1980’s standup comedy craze. Judy Tenuta is who Rose Ann Barr stole a lot of her early material from, now if you’re asking yourself “who is Rose Anne Barr” you probably missed out on the sit com craze of the early 90’s…

All in all, “Sister Mary” is funny and easy however if you’re bothered by gay men kissing or jokes about priests being gay, or that a nun would shove a rock in a girls butt maybe this isn’t for you.

*If you forgot or don’t know who Father John Geoghan is, he’s priest responsible for molesting 130 + children in Cambridge Massachusetts and then rather than being chastised for his “dirty deeds” the higher ups in the church went out of their way to protect him. But there is a happy ending to this he was later stabbed to death in prison. Just think about it though 130 + counts and FOUND GUILTY in a court of law but according to god –the church is the voice of god on earth if you know Catholic mythology, a child rapist should be protected. 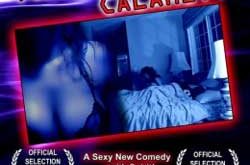 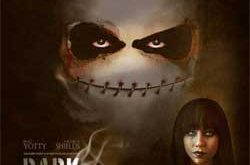 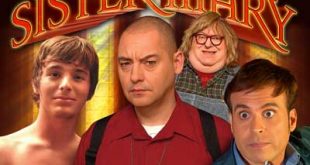 ‘Sister Mary’ is out to Kill 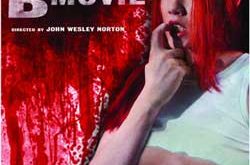