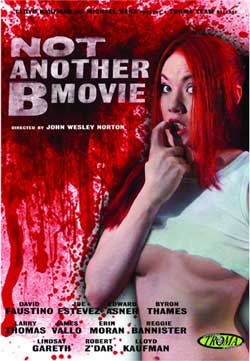 Just because you can make a movie, doesn’t mean you should… 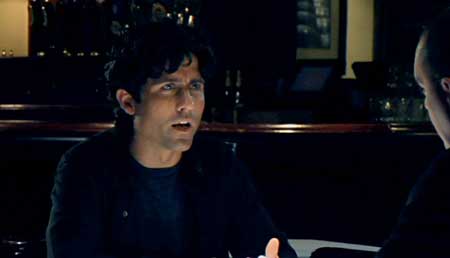 Stop me if you’ve heard this one – a writer, a director, and a producer walk into a bar. They have coffee and drinks during which time they haggle over script changes and the film is interspersed with a movie within a movie detailing the plot and showing us different takes of each person’s ideas of how certain scenes of the flick they’re haggling over should go while an aspiring waitress waits on their table and tries to get her foot in the door with them to catch her big break by any, and I mean ANY, means necessary. Wait, was I supposed to have a punch line? Sorry, not this time. Fortunately though, this movie has one, as well as an actual message. Wait…what??? 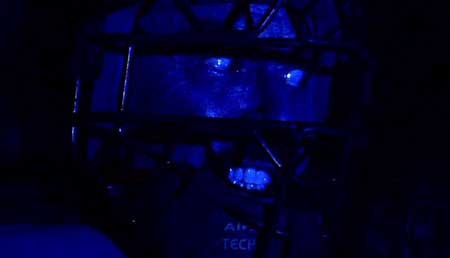 I knew eventually that if I wished hard enough and believed strongly enough, that I would someday get what I wanted again. It’s been a long, long time since a movie has fallen in my lap that felt as I was watching it unfold that it was written specifically for me. I know this wasn’t, but dammit it FELT like it, and that’s good enough for me. I was intrigued yet scared seeing the title on my screener copy, knowing more than likely I would be getting parody or spoof and honestly, in the last couple of years both PSYCHO SLEEPOVER and most assuredly STAN HELSING have ruined me on those for quite some time to come. 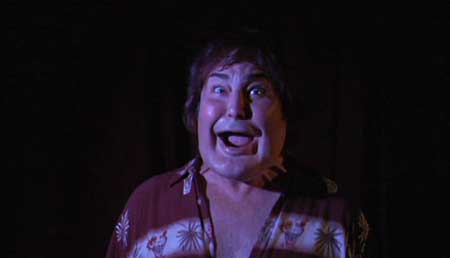 If the Big Bossman running this site that sends me the screeners had emailed me this time and said, “Hey, you’re getting one that’s an incredibly intelligent, well-written satire based around a horror movie the characters are arguing over how to write”, I would have laughed out loud and replied with, “HAHAHA, bite me. Send me another sh*tty parody and I’m torching the voodoo doll I have of you.” But he would have sent it anyway, and I would have been happily proven wrong this time. Which is a good thing, since he usually revels in my suffering. I’m guessing he didn’t watch this one ahead of time… 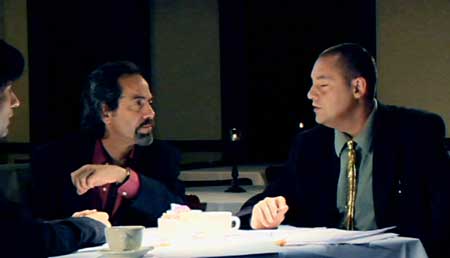 All three lead actors shine in their roles, as if they were meant to play them. Byron Thames’ performance as the writer struggling through the meeting trying to convince his two associates to film a real horror movie that would put them on the map instead of yet another low budget T&A flick to make quick money had me riveted to the screen hanging on his every word and empathizing with his plight to no end. Lindsay Gareth of one of my favorite movies of the last decade, STUPID TEENAGERS MUST DIE! is always a joy to see on my screen, and damned if she didn’t show a beautiful range of emotion this time that I couldn’t help but smile at as the waitress dreaming of getting her shot at being a real actress. I knew she had it in her, and she finally got to prove it to the world. Cameos from genre legends such as Robert Z’Dar, Lloyd Kaufman, and Reggie Bannister were all priceless, as well as the cop team of Joe Estevez and David Faustino in the movie within the movie scenes constantly making me laugh at their cheesy jokes and cheering along with their 80s-style macho swagger. 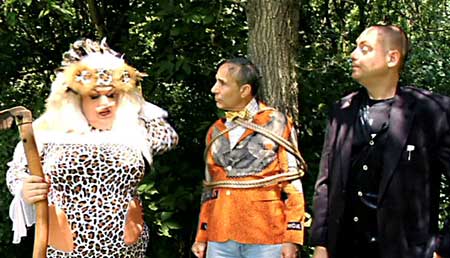 “Intelligent”, “Thought-provoking”, and “Must-see” are all pretentious adjectives usually reserved for describing Oscar-winning fodder, not horror films. However first, Oscar can suck it and second, this isn’t your average horror film either. It isn’t for everyone, but not for the usual reasons – it’s a talky dramatic humorous satire with bits and pieces of a horror movie sprinkled in between via the described scenes of the movie the main characters are discussing over dinner. So, if you can’t stand rooting for one character to get her shot at glory and another character to overcome his fear of being stuck in a rut and getting his true writing style out there for the world to see, stay far away from this. If you loathe character development, intelligent satire, and in-joke movie references, do not watch this flick. But if you don’t mind those things…if you DO wanna cheer for people to make the right choices and win in their lives while enjoying a viciously eloquent satirical skewering of the movie making process, then like me, NOT ANOTHER B MOVIE is exactly what you need. It’s awesome enough for me to now buy for my own collection, so it definitely deserves your attention too. 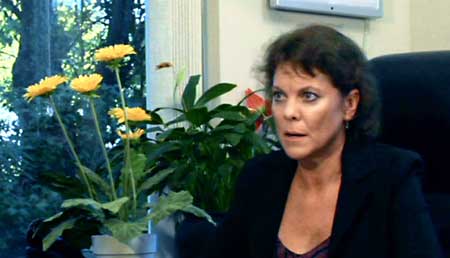