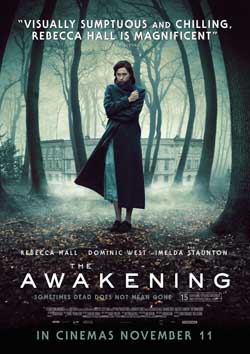 In 1921, England is overwhelmed by the loss and grief of World War I. Hoax exposer Florence Cathcart visits a boarding school to explain sightings of a child ghost. Everything she believes unravels as the ‘missing’ begin to show themselves.

The Black Saint is not a big fan of ghost stories. By and large I find them to be trite & boring although there are some that have kept my attention and had me looking over my shoulder. Films like “The Haunting” & “The Legend Of Hell House” come immediately to mind, but I cannot admit to being a fan of the genre as a whole. They just aren’t my cup of (Poisoned) tea. So I was more than a little miffed when I realized that the next flick on my list to watch was a ghost story called “The Awakening“. “Damn…once again my erstwhile editor has cursed me with some scare free drivel” I thought to myself as I sat myself down to watch the movie. But I was pleasantly surprised by it… 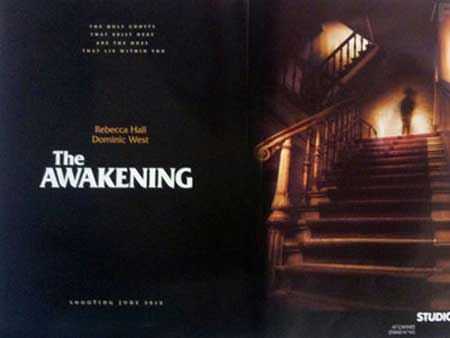 “The Awakening” opens with a quote from a fictional book called “Seeing Through Ghosts” written by the main character in the film, Florence Cathcart, that reads “Observation: Between 1914 and 1919 war and influenza have claimed more than a million lives in Britain alone. Conclusion: This is a time for ghosts”. From here we’re led to a seance about to begin with the aforementioned Ms. Cathcart (Rebecca Hall) in attendance. The seance begins and there are the prerequisite nosebleeds, candles going out & a spirit appearing but all of a sudden Florence is on her feet, yanking the wig off of the spirit’s head. It’s all a scam & Florence is something of a “Ghostbuster”. In her quest to learn if ghosts do exist she has become an expert in detecting charades like this one in which people are ripped off by claims of being able to contact those they have lost. At the end of this scene, Florence is outside watching the arrests being made when she’s suddenly slapped across the face by the woman who was there to contact her daughter. She asks her “Have you ever had a child”? Some people just want the illusion to be reality so much that they’re willing to suspend belief, even knowing that it’s all a hoax, if it means that they can see a loved one again. Even if it’s just for a few short seconds. 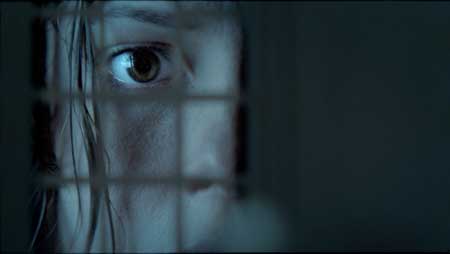 Afterwards Florence is contacted by Robert Malleroy (Domonic West), a history teacher who wants her to investigate some ghostly goings on at the school he works for. There have been reports of an apparition on the school grounds and one of these sightings has led to the death of a child. Florence refuses at first but she relents after learning that the school nurse, Maud Hill (Imelda Staunton), is a fan of her book and requests that Malleroy bring her to get to the bottom of the story. Once Florence arrives at the school (Alone, without her support team), she immediately takes a shine to young Tom (Issac Hempstead-Wright) and begins to set up shop in order to find out if there actually is a ghost haunting the school. But Florence has some secrets of her own and as her investigation (& the film) proceed, she finds that logic and reason don’t always mesh with the truth. 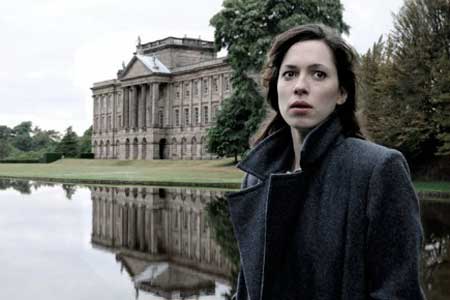 I’ve never heard of Rebecca Hall before seeing this film and I don’t know if it’s her first film outing but I do know that I’m a fan! Her performance is both stately & demure. She radiates strength and intelligence but there are moments in the film where she is soft and feminine as well. She treads a very fine line between tough chick & damsel in distress perfectly. She reminded me of a 1920’s version of Ellen Ripley (And although this would be heresy of the highest order, if someone ever thinks to remake “Alien”, she would be perfect for it). Florence wears pant suits & blouses that have the buttons undone near the top so her character is portrayed as one who is a forward thinker, one that isn’t shackled by anyone’s idea of what a woman should look/dress like. She also smokes cigarettes publicly, something that was frowned upon by society in the 20’s (At least by women). She has the air of a woman who doesn’t suffer fools lightly and Ms. Hall conveys all of this most convincingly, she gives an amazing performance here. 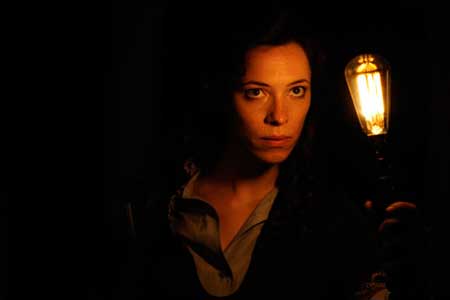 Domonic West is also spot on as Malleroy, who only wants to protect the children from whatever it is that’s frightening them so much but has doubts as to whether Florence can do anything about it. He actually doesn’t really believe in ghosts and later in the film we find out that he has a couple of skeletons in his closet as well. As Maud Hill, Imelda Staunton is the center of gravity at the school. Although she believes in Florence’ ability to a fault, she also comes off as ready to dismiss her expertise at the first opportunity. Her love for the boys is evident throughout though her appearance might look very staid & standoffish.

The film looks wonderful despite it’s lack of color. It’s shot in color but the colors are washed out, depressing shades of blue and grey but they are fitting for the time and place. The entire production design is very apropos of the era the film takes place in as well, it’s a wonderfully gritty looking movie. And all of this works to the film’s advantage, especially once Florence arrives at the school. The entire mood of the film is creepy. There are a few of the expected “Jump” scares scattered about (They worked) & while I found the music rather standard sounding, it is effectively chill inducing. 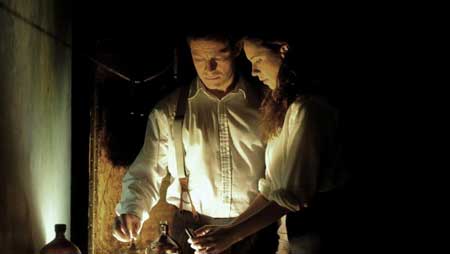 But there are some problems here as well. Maybe it’s just me but I find that ghost stories can be kind of boring at times, especially when they take place in the past and by “past” I mean in another decade. There is just too much exposition going on here for my taste, the fact that EVERYONE has a secret means that we have to hear a lot about their backgrounds & listen to a bunch of chatter that for me slowed the film to a crawl and this film isn’t exactly in a rush to begin with, it has a very “Masterpiece Theater” quality to it that might please some but not me. I can appreciate a slow and deliberate approach to a film as much as anyone can but sometimes I just want the movie to get to the point, especially if the main character is as interesting as Florence Cathcart is. There are also some red herrings strewn about that are so obvious it took away some of my enjoyment. I found myself waiting for them to be exposed as to what they were so that I could get back to the meat of the story. There is also a very unnecessary sex scene that took away some of the narrative flow of the film for me. There is also a scene lifted straight from “The Changeling” that upset me only because of it’s obviousness.

But the film did have me feeling uneasy throughout it’s running time. There are some pretty neat twists towards the end that really surprised me & although in hindsight a few of them didn’t make a lot of sense, they still made me sit up & say “Wow, I wasn’t expecting that” and any film that can surprise these jaded eyes is doing OK in my book.

“The Awakening” is very reminiscent of films like “The Others“, “The Devils Backbone” & “The Orphanage” in both look & overall tone (Especially “The Others”) but it’s not a copycat film (Despite the scene swipe from “The Changeling”). The story is original & has some genuine scares in it. It is slow & sometimes a bit of a bore but the payoff was worth it for me. I rate it a solid 3 out of 5 shrouds and it is definitely worth a watch, especially if you’re a fan of this type of film. 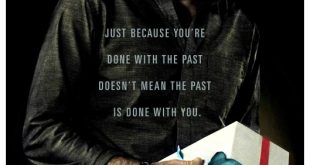