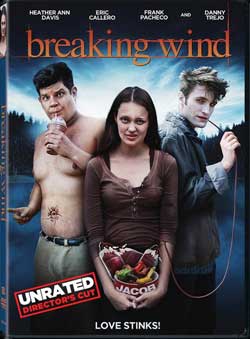 A comedic spoof based on the worldwide phenomenon, The Twilight Saga.

If you didn’t make the connection from the curiously comedic title then you probably aren’t a “Twilight” fan. With any franchise that reaches superstar status there waits a film production in the wings waiting to be poked fun at. 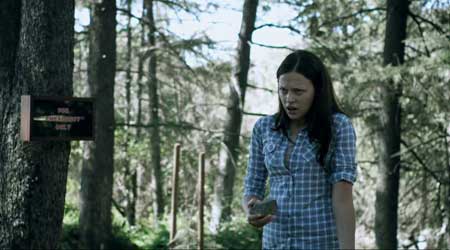 I will confess that I never got around to seeing the “Breaking Dawn” release, well not in its entirety that is, so I’m sure much of the humor here is meant for those well connected to the dialog and its concepts. Those concepts in this case are probably best enjoyed by adolescent teens who delight in fart and d*ck humor.

Penis humor can be fun when its used in the context of a movie like Porky’s, though with the numerous mentions of long johnsons and tea bagging, “Breaking Wind” comes across as just plain immature. 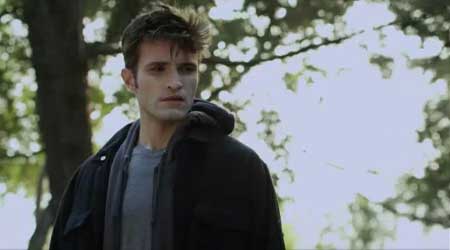 Moving on, Essentially “Breaking Wind” takes the route of the “Scary Movie” movies by injecting original moments with humor situations. Things like the “marking of territory”, jealousy, Bella’s pretentiousness and the feelings of the vamps around her are brought to the forefront enacting realizations that most were probably thinking already in their heads during the actual film itself. There’s also alot of midget humor stemming from a group of miniature Cullen look-a likes arriving to challenge (and replace) the family (aka miniature Edward..etc).

If you get the TMZ humor, you’ll enjoy the reality show attempts as they occasionally stop by to get the latest updates on Bella’s love affairs. A highlight that really doesn’t have anything to do with Twilight pops over when a quadrant of Johnny Depp movies characters goes on a chaotic rampage. The Depp fun-poking was a nice touch that most movie fans will get. With “Breaking Dawn” being one of the slowest of the Twilight franchise, “Breaking Wind” by default suffers from a bit of the same slow grind. 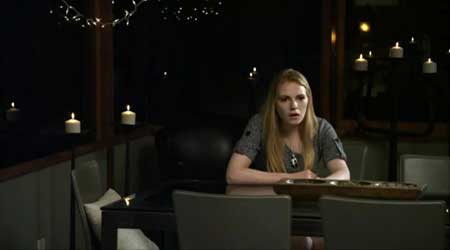 Probably the biggest gag here is that the lead actor Eric Callero is done up to resemble the actor Robert Pattinson in his role as Edward Cullen. The obvious trademark hair and icy skin make for a pretty good parody of the original (That to me, was where the true humor lies) 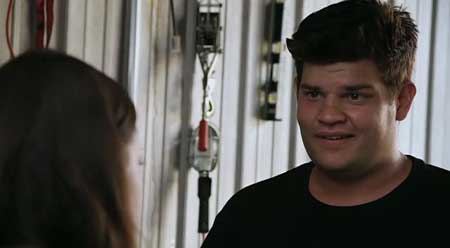 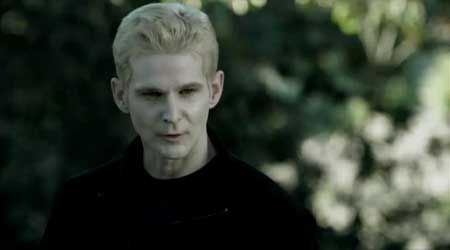 “Breaking Wind“, is driven by a a few obligatory fart jokes and butt biting that will probably make your 9 year old giggle while you nod off a few times trying to do your best to know what the all the jokes are referring to. The whole experience is not unlike anything you’ve seen before in other spoofs, though I have a feeling that their are quite a few horror fans who wouldn’t mind laughing at Twilight series dork dribble. What can I say….your assumptions here will probably fit right into what you get in your viewing session. Breaking Wind is not the “gas” it hoped to be but at least it “smells” a little funny.