A blazing fire rips its way through Bear Valley National Park. As the firefighters try to contain it, the animals are being forced out of their habitat including a beast that was better left undiscovered.

I have to admit I have a soft spot for creature features. In fact, on our dvd spinner at home we have a row that I like to call “when animals attack” movies. They’re usually fun, mostly harmless and above all a good way to kill a Saturday afternoon.

Savage falls into this subgenre of horror and while not bad, it isn’t great either. If you’re familiar with the creature movies from SyFy then you’ll have a pretty good idea of what to expect here. The usual cast of stereotypes are here and the plot doesn’t offer any real surprises. Chalk it up to it is what it is and leave it at that. In the end, it is a respectable entry to the B-movie creature feature. 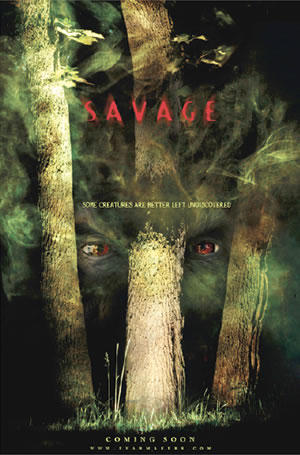 The setting is Bear Valley National Park. Seems a forest fire is burning heavy through the woods and a group of firefighters are on the front lines battling the blaze. Two of them go off to take a break and run into a creature they weren’t expecting. One of them manages to escape and stumbles out from the woods onto the road where he is almost run over by a park ranger. He tries to tell him what happened and begs the ranger to radio it in. Too bad our large, hairy monster has other plans.

From here in no short order we meet the loveable cast of stereotypes that are about to fall prey to our creature. Head park ranger Owen and his wife who have gotten away from the alarms and sirens of the city to start a new life in the country. You have the mayor who wants nothing more than to turn some of the town into commercial real estate. A man and woman who are on the run from the law. A scientist who wants to prove the existence of Bigfoot so he’ll stop being shunned by his peers. The monster hunter intent on killing the beast. The old friendly shopkeeper who sells some Bigfoot items to tourists. You get the idea.

Savage suffers most from a case of the “norms.” There’s nothing really in it that makes it stand out from the rest of the Bigfoot movies out there. I do have to give the filmmakers credit for not taking too long to show the creature. For the budget they could’ve kept it hidden for most of the movie. When you do get your first real glimpse it is a treat as we watch it almost gymnastic like move quickly amongst the ground and trees. Props on that scene.

The acting isn’t half bad either. Martin Kove steals the show as monster hunter Jack Lund. Great lines include, “You’re going to learn real fast what death smells like” and “They ain’t going to have no time to deal with your theories while they’re feasting on your throat.” Classic. Not to mention he’s competing for the worst teeth in cinema history. 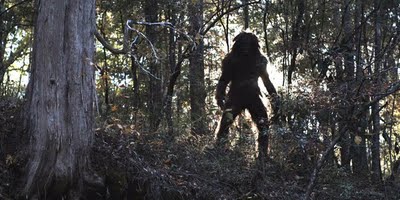 Lisa Wilcox (Nightmare on Elm Street 4 and 5) has a minor role as park ranger Owen’s wife but nice to see her again. The gorgeous Anna Enger plays Gabrielle Hanley, half of the criminal duo that gets more than they bargained for.

The special effects really aren’t that bad considering the budget. The blood and guts arrive in respectable amounts with some silly gross out moments to boot. Even though it clocks in just under ninety minutes it does feel ten minutes too long. There are times where you wish the pacing could have been just a little bit faster. 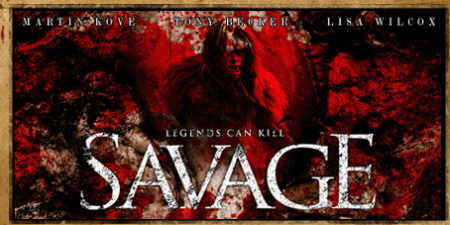 All in all I would say catch this one if you can see it for free. I can’t see ever buying it and I would say rent it only if you love Bigfoot movies and have a soft spot for B-movie creature features. There are some fun times to be had watching it but not enough to sustain the entire movie. 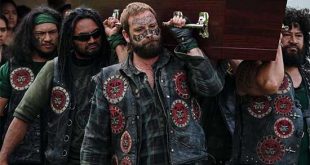 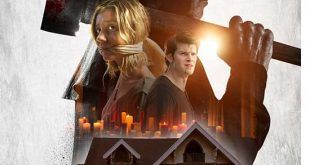 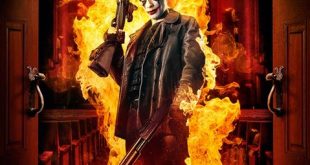