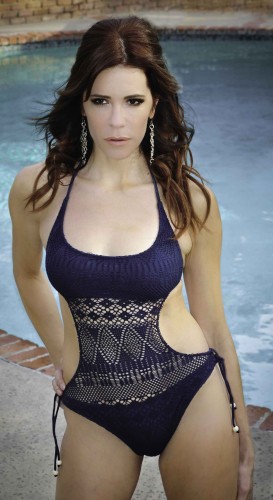 What are your best memories of watching horror movies from your childhood?

some of the best memories I have are watching horror films with friends and family the later at night the better. It’s the suspense and build up to the kill. the music and then the blood and gore of course. everyone starts screaming and running around like crazy & I have to tell everyone to calm down so we can go back to watching the film. horror films have a way of riling the audience up and you find yourself talking out loud to the character on screen to save them and it’s totally acceptable.

When did you know you wanted to be a horror actress?

watching Scream. I was so afraid to answer the phone after that so I thought I want to be in a film that can affect and scare an audience like that.

What is your definition of a Scream Queen?

my definition of a Scream Queen is of course a great screamer! is dedicated to making the most of the horror film genre. when you get killed go for it, so much of the fun is the special effects with getting bloody, stabbed, heads chopped off. everyone on set works hard to make it look gory and scary and have fun on the set. It goes without saying a Scream Queen must be sexy.

If you could have ANY monster chase you in a movie, what monster would it
be?

I have to say Hannibal Lecter. He seems like he could be nice and smooth and then literally kill you and eat you. Not sure that counts as a literal chase but I am sure he would psychologically conquer me. People like that are the scariest of them all.

What horror flicks are you currently working on ?

I just wrapped HUFF due out this year.(2012) I play Lorelei who is married to Huff. It has a little or I should say a lot of everything, horror, suspense, thrills, sex appeal. It has a great cast and I am very excited about it. BARRACUDA will also be released this year. It made the festival rounds and won several awards.

What’s the strangest experience you’ve ever had working on a movie (either
in front of the camera or behinds the scenes)?

I was on set in a real haunted house and I just finished getting my eyes gauged out so I had these bloodied patches taped over my eyes and fake blood dripping everywhere so I had to keep my eyes shut. it was around 4am and everyone walked away from the scene and there I am alone in this dark room and I cannot see a thing. it was so quiet and I felt the strangest chill next to me and then it was gone. I screamed so loud and am sure it was a ghost. To this day when I think about it I get spooked.

What is your opinion on nudity in horror movies?

Nudity is part of the genre going way back. Just like the blood and gore. its part of the formula for slasher, horror films among so many other aspects. There are so many films and TV shows that have nudity as well that it’s just part of life and translates into the lives of the characters we play.

What is your opinion on horror remakes?

Remakes are risky. My feeling is if you are passionate about the project and want to breathe new life into an older film than by all means do it. It’s also a good way to introduce a story to a new audience that didn’t or wouldn’t otherwise see the original.

What is your proudest moment from working on horror movies?

I had a lot of fun working on Creepshow 3 on the Universal Lot. I get shot in the back of the head because I double cross everybody. I am proud of the cast and crews I have worked with because it’s usually all night shoots and long hours a lot of the time outside with limited budgets so you have to make the most of everything. Everyone works hard and the film gets finished and that is something to be very proud of.

Do you have any goals that you haven’t reached yet in this industry?

My goals are to continue working professionally in films and television in all the genres. I am very versatile and open to playing many different characters. Horror is where I began and it’s still so much fun for me to do. 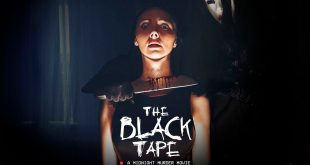 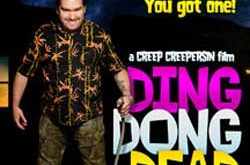 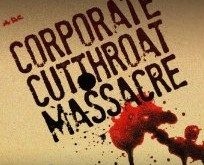