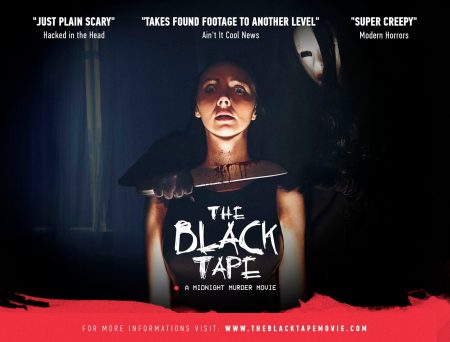 An intruder breaks into the home of an unsuspecting family in order to make a home made murder film.

It’s a well known fact that I’m not a fan of found footage films. They’ve steadily devolved from something just barely palatable to simply execrable. I’ve said it once and I’ll say it again: Just because you spent two years in film school, have a decent camera, a few friends, a few six packs of beer and a nearby forest doesn’t mean you can make a movie. And in my (not so estimable) opinion, that’s what nearly every found footage film I’ve seen over the last few years has been. I give my opinion on found footage films because the film I’m about to talk about is indeed a found footage film, it’s called The Black Tape, and it features an interesting difference from the others. 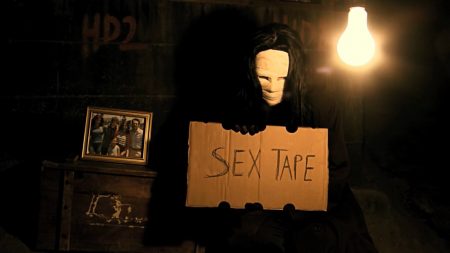 Robert (Allen Marsh) and Alana (Elina Madison) Wilson live in a nifty neighborhood in a nicely appointed home along with their 3 children, Paul (Parker Coppins), Stefanie (Melanie Thompson) and Mary (Victoria Paje). All is seemingly well for them, the parents love each other and the children seem well adjusted for the most part – a bucolic life indeed. But everything changes once an intruder breaks into their home and begins a calculated effort to destroy the family from within using cleverly concealed video cameras that document their day to day lives. The biggest difference between this film and other found footage/home invasion films is that the invader is personally editing the footage from the cameras, creating a macabre little film that stars the Wilson family. The resulting footage (which the intruder appears in with chapter titles every so often) is what makes up (real) writer/director Ramone Menon’s film, The Black Tape. 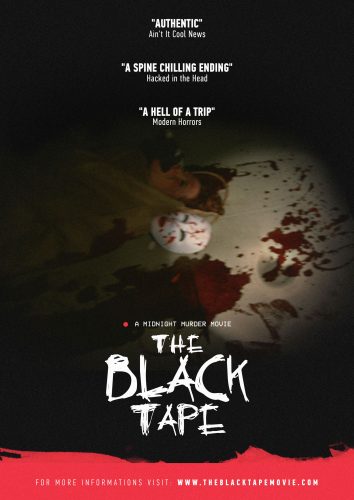 The approach Menon takes in shooting the film has been done before, but not so much that it feels old. The entire film is seen from the intruders point of view since he’s recording it. This approach works here because it makes the viewer feel like they’re actually a fly on the wall for all of the comings and goings of the Wilson family. It essentially puts us in the shoes of the intruder, we become intruders along with the real intruder. But as well as this approach works, I did have an issue with how neat and clean the cinematography is. Whoever the intruder is, he knows how to shoot/edit a film! This became problematic for me only because I think the film should’ve had a grittier look to it. It’s all too clean and antiseptic looking to me, and it’s edited a little too neatly for me to believe that it’s been edited by an amateur. 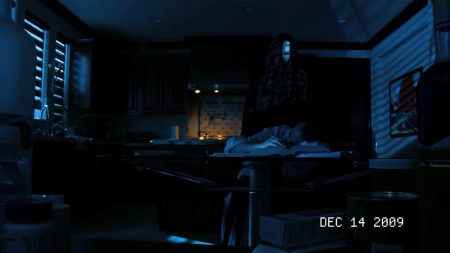 The intruder begins to torment the family by kidnapping Stefanie, and demanding a large sum of money for her return. When the father hesitates to get the money for his daughters safe return, his wife explodes at him, demanding he get the cash and save their daughter. This institutes the beginning of the end for the Wilson family as the father seems to be putting his financial security over the life of his daughter. But he eventually relents and gets the money, only to discover that the intruder had no intention of releasing his captive. Interestingly enough, the parents don’t contact the police at all, rather they decide to keep everything between them. I’ll allow you to guess how that works out for them…

The intruder then kidnaps their son, and once again demands a large sum of money for his safe return. Exactly why the Wilson’s don’t alert the police at this point in the film is one of the few plot hiccups in the film. Especially since their attempt at rescuing their daughter doesn’t work out very well. This time, Alana delivers the cash to the intruder, and once again things don’t go very well for anyone involved – save the kidnapper. It’s at this point the film decides to deliver some decent gore effects, but it’s not an especially bloody film. It’s more of a slow burn thriller with the occasional dollop of blood to keep the audience sharp. 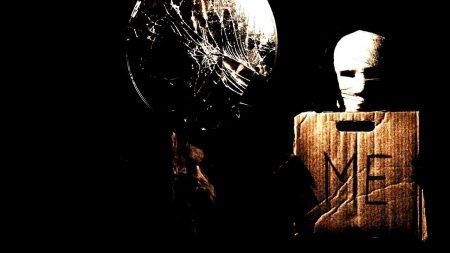 It’s hard to say too much more about The Black Tape without giving away it’s big secret. Suffice it to say that if you’re paying attention, you’ll probably figure it out (I did) before the big reveal. But that isn’t a deal breaker in this case because the film is skillfully set up and ratchets up the tension gradually, keeping the audience interested. The performances are all pretty good, and director Menon does a really good job at maintaining the progression of the film without letting it get too slow (although there are a couple of lulls in the film). What makes it difference is the cheekiness of the intruder, whose appearances in the film holding title cards every so often become rather amusing. I found myself awaiting a new title card as the film moved onward. The Black Tape is the kind of film one needs to watch in the dark (preferably alone) to get it’s full impact. It develops an air of evil as it moves forward, a palpable sense of eerieness that really brings it all together rather nicely.

Mind you, it’s still a found footage film – and I don’t like found footage films. But I enjoyed The Black Tape for the most part. It kept me interested throughout its running time, and while I figured out the ending, it’ll surprise most of you. Maybe there’s still some life left in the found footage genre after all?