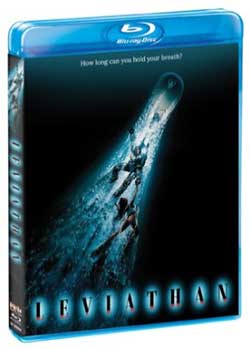 Underwater deep-sea miners encounter a Soviet wreck and bring back a dangerous cargo to their base on the ocean floor with horrifying results. In a story owing a lot to”Alien” and “The Thing”,  the crew of the mining base must fight to survive against a genetic mutation that hunts them down one by one.

Leviathan is a nautical chowder chock full of ingredients from Jaws, 20 000 Leagues Under The Sea, and Alien. The opening sequence is esthetically pleasing in deep blue aquatic splendor. Classical music is queued with eerie, mysterious whale calls. Our under-water endeavor shows promise for a bona fide monster of a thriller for the late 80’s.

It appears the costume designer was mostly on the mark with impressive, ominous atmospheric diving suits as the Tri-Oceanic Corp. delves deeper into the under-water mining exploration. The cinematography is dark, confined and borderline claustrophobic depicting an excellent fore-shadow of impending doom to come. 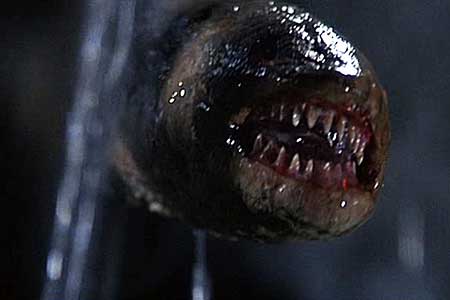 The rising tempo of the orchestra and panning scenes from the exploration to station central create effective suspense at the beginning with promise of an excellent heart- thumping thriller. Sadly the rising tension although formidable in its own right simply does not strike the same chord as Academy award winning John Williams had created for Jaws in 1975 that made those notes a household hum-along. As Dejesus (Carmine) runs out of oxygen, regrettably so does the pace of the film. Leviathan drifts from one disappointing scene to the next.

Resident captain (Weller) bickers with onboard physician about being present at all times while the good doctor retorts with a desire to play 18 holes of golf; which begs the question how is this achieved under water again? This kind of absurdity reoccurs time and again which makes the average viewer irritated and remorseful the original script hadn’t gone through a necessary once more over.

The set design is fair enough, usually contributing to a dark, claustrophobic mood, yet the clunky dot matrix computers look ridiculously out of place even for 1989. The green monitors and flashing box cursors are a dramatic distraction when trying to get your spook on. Saving grace (or perhaps face) is the meticulously applied make up. The festering, oozing pus wounds look realistic and gruesome enough to churn the most devoted of terror aficionados. The infestation commences in gross out fashion that shows the initial promise of a most disturbing unearthly monster mash.

We find ourselves gasping for air as the plot continues to bob and drift haphazardly from scene to scene. Sporadic communication with Ms. Martin (Meg Foster), the Tri-Oceanic executive and Weller does create some necessary tension as flimsy as it may seem. She delays their designated pick up/rescue repeatedly each time the excuse is more absurd than the last.

The characters aboard the station are casual and for all intents and purposes believable. There’s an all too familiar politically correct cast with one token African American, one Mexican American, an obnoxious sex crazed, two women one articulate, one carefree and loose, yet somehow they’re engaging to the point of keeping us watching. They inevitably get up to no good as Six pack (Stern) secretly lifts a flask of vodka from a vessel they’d just exhumed. 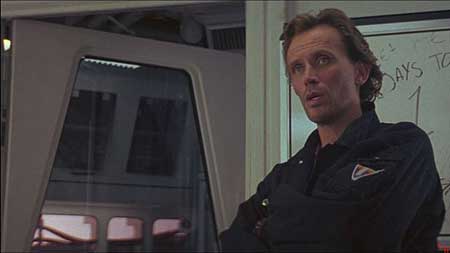 The doctor and designated captain review some disturbing video logs from the Russian ship creating some harrowing mood set up. The entire Russian ship’s crew had mysteriously expired. Just when we think the plot has been redeemed, Leviathan sadly does not execute this scary scrimmage to their full potential. 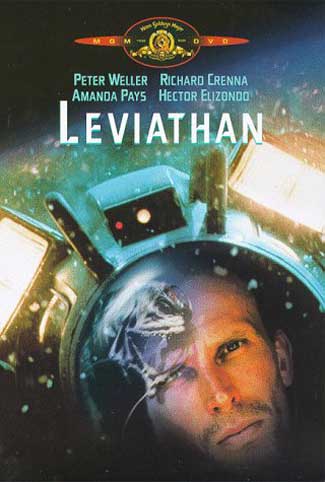 Although the death scenes are captivating as the crew members begin to drop off like flies, the climax inevitably begins to unfold. Justin Jones (Hudson) rhymes off some true hum zingers we’d be more partial to witnessing in a Schwarzenegger action flick. 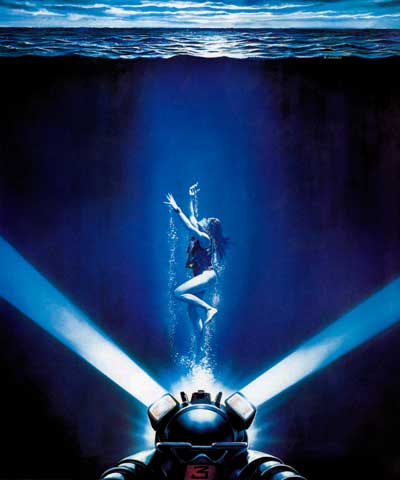 Eventually they escape the imprisoning station only to be swarmed by several sharks. Jones’s response: (not for verbatim) “you know you’re having a bad day when…” True cinematic fromage significantly removes from the integrity of the plot’s potential. Perhaps with the persistent trend of regurgitating, reusing, and remaking in Hollywood another director will give this monster of a scary sea flick the shot it truly deserves.

Leviathan is one of the late 80’s water horror greats. While it may lack characteristics from later films in terms of FX work, it should be remembered for its efforts during its era. Those who are new to the film might just end of loving it for these reasons.

Leviathan is now available on bluray per Shout Factory 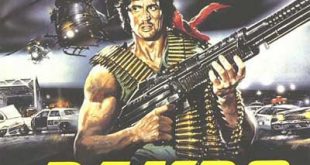