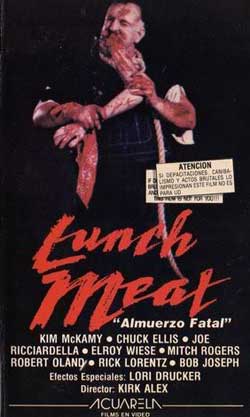 A family of backward- ass rednecks terrorize a group of friends (and a total asshole that everyone hates that is with them) who are on a camping trip. It seems that the family’s hobby is killing anyone stupid enough to come into their neck of the woods and then selling the dead bodies to a little mom and pop-type restaurant that takes pride in its special hamburgers. Will anyone in the group get out of the woods alive or will all of them end up being served with French fries, cole slaw, and a pickle on the side?

I love low budget movies. In my opinion I think that most movies that have little to no budget are often times a lot better than any multi-million dollar blockbuster starring A-list actors that Hollywood keeps churning out. The reason I feel this way? Because most low budget filmmakers put his or her blood, sweat, and tears in to his or her film and as a result the movie is a labor of love that has a lot of heart, something that most mainstream movies lack. Lunch Meat is an example of one of these low budget movies. Is it a great movie? No. Is it even a good movie? No, not really to be honest, but it is apparent that the people who worked on it put a lot of effort into it even though they most likely had a shoestring budget. It may not be the best horror movie I have ever seen, but I have a hard time knocking it based on the fact that the people behind it worked hard on it and I admire their commitment to their art. With that being said, let’s take a look at this thing and see what works and what doesn’t.

I think that one of the film’s biggest flaws is that it is just not original at all. I am certain that the filmmakers were heavily influenced by films such as The Texas Chainsaw Massacre, Two Thousand Maniacs!, Just Before Dawn, and many other similar movies that featured some sort of demented hillbillies stalking and killing poor defenseless people and eating them (or serving them to the unsuspecting public). Hell, there are scenes that were pretty much lifted from some of these films (the bit with the detour signs pops to mind immediately), and I’m not sure if they are a homage to the original films or just blatant rip-offs. At any rate, I (as well as your average horror fan) have seen this premise over and over and over again and Lunch Meat doesn’t do anything new or groundbreaking with the idea.

I also feel like I have to mention the fact that the acting is horrible (with the exception of the father of the redneck family, but I don’t think that he was actually acting). I know that the people in it are probably just friends and family members of the filmmakers, but I think they could have at least tried to put a little more into the roles that they are playing. Most of them basically just read their lines (and at times they seem to struggle with even that) and don’t bother using any emotion at all. I have seen a lot of movies that had bad acting, but I think that the guy who plays the rich asshole that the rest of the group hates (can’t recall his name but he sounds just like Kermit the Frog when he speaks) is the World Heavyweight Champion of bad actors (and yet he is better than Nicholas Cage). 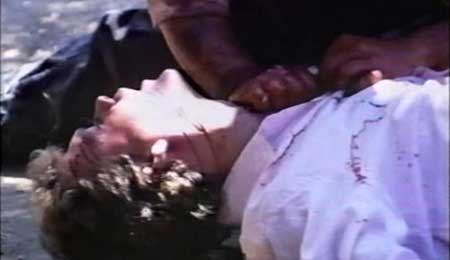 On the flip side, there are some pretty cool death scenes and the effects are actually pretty impressive considering the small budget that the filmmakers had to work with. We get a butt load of stabbings, some fun with a pick axe, and a decapitation. While the effects aren’t quite at the level of what Rob Bottin or Tom Savini would do they still look pretty damn good for the most part. 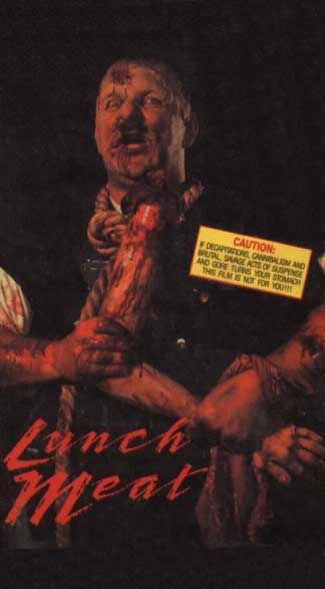 Lunch Meat (why is it called this when the people they killed are turned into hamburgers? Wouldn’t it make more sense to call it Hamburger Meat?) isn’t a bad movie, but I wouldn’t be in any kind of a rush to revisit it anytime soon. I have seen a lot worse, but I don’t think there is any possibility of it becoming my favorite movie of all time or anything. I think that most horror fans (especially the ones that are into the 80’s slashers) will get a kick out of it though, so check it out if the opportunity presents itself. 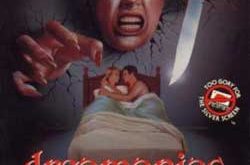