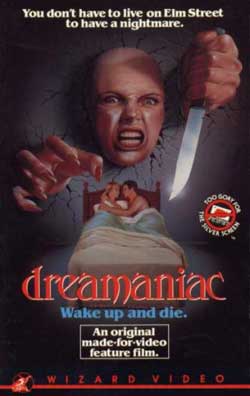 In the sleep-stirring tradition of Phantasm and A Nightmare on Elm Street, Dreamaniac introduces Lily, a deadly leading lady who makes Freddy look like a bargain basement boogeyman! Adam is a heavy metal rocker and part-time Satanist. When Lily enters his dreams, he uses black magic to summon her into reality. Too late, Adam learns that Lily is a succubus, a demon seductress who makes love to men and murders them – though not necessarily in that order! When she crashes Adam’s sister’s sorority bash, the blood flows and the body count rises. But Adam, entranced by her power, soon faces a tough decision. Will he break free to save his sister and her girlfriend – or will he experience the ultimate sensation of loving Lily?

It’s nice when a movie’s tagline blatantly tells you what it’s gong to rip off. In the case of Dreamaniac, the tagline reads “You don’t have to live on Elm Street to have a nightmare.” This might deter some viewers, but as a big fan of the Wes Craven classic, I was intrigued. Sadly, the tagline is not all that accurate. The film was just another low budget ’80s slasher without any of the tension or charm of A Nightmare on Elm Street. 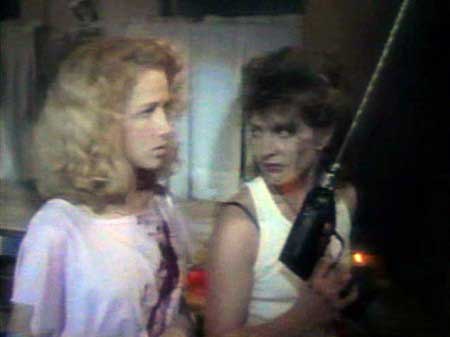 Dreamaniac, originally released straight to video in 1986 by Empire Pictures, has never before been released on DVD. Full Moon Features has taken it, along with nine other forgotten (mostly for good reason) titles, and put out a box set entitled Full Moon’s Grindhouse Collection. Unfortunately, the discs are not available individually and the set can only be purchased directly from Full Moon. Even more unfortunate is that none of the films were given new transfers. Instead, viewers are stuck with VHS transfers slapped on a DVD. It was smart for the company to use this tactic to make a quick buck instead of allowing bootleggers to do the same, but genre enthusiasts who have been waiting all of this time for DVDs of this films will surely be disappointed.

Dreamaniac’s print looks about as good as you’d expect for a VHS of a low budget, shot-on-video movie from the ’80s. The picture is grainy and dull, but for the most part you can tell what’s going on perfectly well. The disc also includes a little introduction from Charles Band in which he discusses the grindhouse collection and tells anecdotes about a few of the films, although Dreamaniac goes unmentioned. 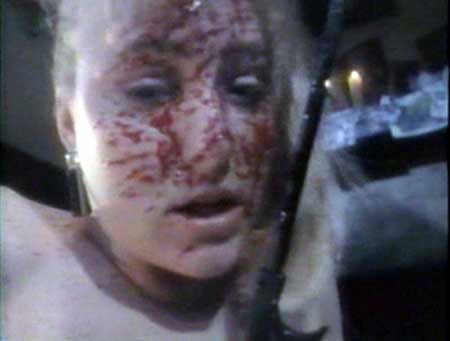 The film begins with a nude man, who we later learn to be Adam (Thomas Bern), walking around a foggy house. He lumbers down the dimly lit hallway and into the bathroom, where he finds a nude girl in the shower. A dream come true, right? Well, she’s covered in blood, but that doesn’t deter Adam. They begin to make out, and as things get hot and heavy, the girl claws into his back with her fingernails. Adam screams as a knock at the door awakens him. It’s his girlfriend, Pat (adult film star Ashlyn Gere), and she makes up for interrupting his wild dream by having sex with him.

The source of Adam’s nightmares become obvious in the next scene, when he is revealed to dabble in the occult. It’s unclear of what his intentions actually are, but he uses witchcraft to summon the succubus demon plaguing his dreams, Lily (Sylvia Summers). And when she manifests this time, her first order of duty is once again to seduce Adam. Her head goes below his waste and comes up with a mouth full of blood while Adam screams in agony. Are you starting to see a pattern? 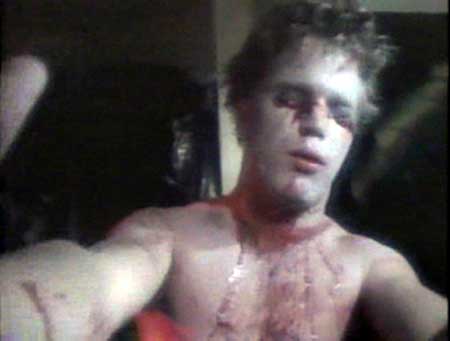 Pat’s sister, Jodie (Lauren Peterson), needs a house to throw a party for the snooty sorority for which she’s pledging. Despite being a metalhead, Adam allows her to his abode. The guests are limited to a handful of one-dimensional killer fodder. The only one who stands out is Francis (Cynthia Crass), who plays the over-the-top bitch that you love to hate. Oh, and one guest brings a hitchhiker who turns out to be none other than the evil Lily. In typical slasher fashion, the guests are killed off one by one. There is one cool death scene involving a power drill, but the rest are bland. And then there is an entirely inept “twist” ending. 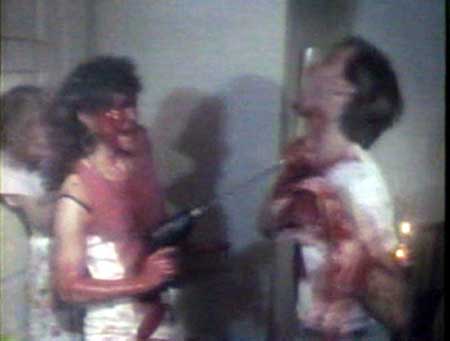 There are many sex scenes sprinkled throughout the picture, although none of them are very explicit. There is actually more male butt than anything. This can be attributed to the fact that Dreamaniac is directed by David DeCoteau (Puppet Master: Axis of Evil), a gay filmmaker who has been known to inject his work with homo-eroticism. It’s a bit ironic considering the fact that the target demographic for these movies is horny teen boys. The movie still delivers on the T&A, but it’s mixed in with bizarre things like a girl licking whipped cream off a guy’s chest and men generally disinterested in the ladies. Gay viewers will be happy to know that most of the men look like underwear models who, in fact, do little more than hang out in their jockeys.

It comes as no surprise that Dreamaniac was the first effort for many members of the cast and crew, and most of them did not go on to do any other film work following it. There is a reason that no one bothered to release it on DVD before, as it’s a product that only the ’80s could produce; a forgettable, poorly-made slasher whose only merit is its campy cheese. You’re likely to have dreams more interesting than Dreamaniac.