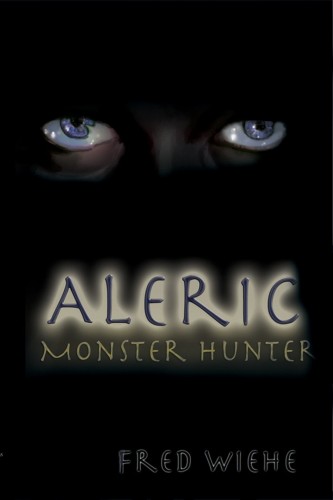 “A disquiet hush clung to the medical clinic, as if in actuality it were a mortuary rather than a place of healing. Dr. Ratterman prowled the deserted hallway like an undertaker afraid of waking the dead entrusted to his care. The last patient had left. Both nurse and receptionist had gone home. Only the doctor and the demons that possessed him remained.”

What would your response be if I told you about a story including pre-Rice style violent vampires, Zombies and a Jeckyl/Hyde style monster based within a somewhat uncommon subculture that has traditionally lived within a shroud of mystery (Gypsies)? Add in a super powered, nearly immortal detective/monster hunter and you’re looking at what should be a recipe for ass kicking good times. I certainly wanted to be excited about it. Unfortunately, Aleric: Monster Hunter seemed to actively want me to dislike the process of reading it, despite the presence of so much objectively cool stuff.

We start off with Aleric Tomba Bimbai as a part-vampire, monster hunting Gypsy who takes on a job to help out a Zombie named Wasso Wonko (nope, not joking). Wasso, though zombified, retains enough self awareness to know that something is wrong and ask for assistance, but can’t remember how he was zombified. With a potential zombie outbreak looming, Aleric embarks on a search for answers that unveils twin nefarious plots by the self-proclaimed King of the Gypsies and a mad scientist with delusions of potential grandeur. And he runs into relationship problems with his fiancé turned vampire (who also had partially turned him). And some nonsense with her new lover. Then there’s the burgeoning relationship with a con artist fortune teller…

I really dig monsters and I can completely groove on the type of Noir detective story this is trying so hard to be, so I desperately wanted to get into this tale. However, there are a few problems that stopped me at every turn. From the above attempt at synopsis, I’m sure you noticed a certain lack of focus. Meandering can be fine, even great when used to reveal character, but I need a consistent thread to hold onto or my ADD addled brain goes wandering off on its own. The story just doesn’t seem to know where it wants to go.

Also, the main character suffers a distinct lack of personal flaws. He’s got enough vampire in him to make use of the advantages (speedy healing, immortality, immense strength, etc.) without having to worry about sunlight or the need to feed off of people. If a regular schlub manages to overcome the odds and defeat big ol’ bad beasties that go bump and chomp in the night, then a miraculous and marvelous triumph has occurred. On the other hand, there is never any doubt that the superhero will win at the end of the day.

Then there is the way Gypsies are dealt with. Maybe it is my own lack of intercultural knowledge or some sort of personal bias talking here, but the depiction of Gypsies struck me as somewhat racist. According to Wiehe, all gypsies are shiftless grifters with no anchor to anything, who lie and cheat their way through the system while remaining ghosts in the eyes of government entities. I won’t even bother going into the all knowing yet ephemeral “Gypsy Network” that keeps track of the comings and goings of all gypsies everywhere. In the course of the book, they are treated like noble outlaws but these are the same stereotypes Romani have suffered under for centuries. Saying that they are good qualities doesn’t change the fact that assumptions are being made about an entire group of people based on their ethnicity.

Finally, and I know I am getting nitpicky but I can’t help myself, Wiehe’s use of language is more than a tad overwrought, needlessly thick and periodically redundant. When I wasn’t laughing at scenes that were supposed to chill or menace (look to the quote at the beginning), I was slowing to a crawl as I muddled through my own apathy. While story should always come first, language is the tool to convey it.  Here, it provided more of a barrier.

As I said at the start, I really wanted to like this story. It’s made up of the things that I adore. However, like the sausage, ice cream and fried chicken cheesecake I dream of at night, it didn’t hit me as well as I wanted.