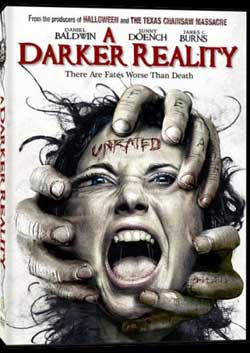 A down and dirty crime thriller A Darker Reality follows detective Alex Belasco and his assistant a media savvy personality named Jesse Metcalfe as they try to find a serial killer who targets women known only as “The Ghost”. Violent and brutal this isn’t your mother’s late night cop show and sometimes things just don’t always end the way that you would want them to.

“I’m getting better at focusing my hate on the women of this world!” 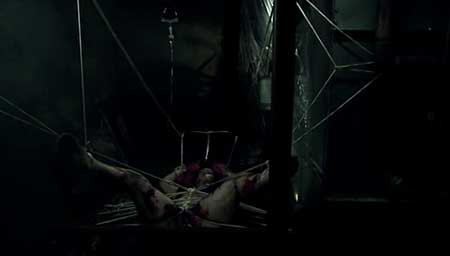 Some fans of the horror genre may have let A Darker Reality slip through their fingers, it could be the whole cop/murder thriller has been over done, or it could also be that the film stars a Baldwin. I know personally I would have let the film slip through my fingers and you know what, I am glad I didn’t because Chris Kazmier has delivered a sick and twisted, not to mention pretty darn glossy little title into the sub genre that is popular mainly due to late night television cop shows. 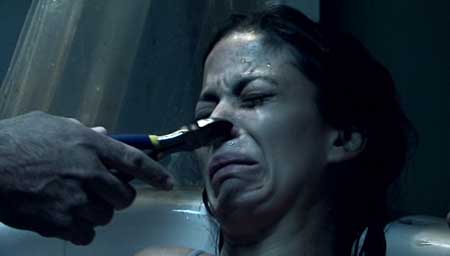 A Darker Reality starts by showing a woman strung up naked, an unseen man walks up to her wearing a mask with a red light on it and pulls out a pair of scissors. Before a viewer could even ask what is going to happen next the man begins to attack the woman with the scissors and that is just the beginning of the film.

Alex Belasco is a hard nosed detective who is put on the case of finding a killer of women who is known only as “The Ghost”. He is forced to work with a woman named Jesse Mecalfe who is a media savvy and former news agent. Of course any one who has seen one of these movies already can tell what is going to happen. At first the two butt heads but soon enough the two start to work together. A big lead in the case comes in the form of a woman named Carey who has lived through The Ghost’s tortures. Jesse decides she will be the one to interview her and Alex decides to start getting information from an inmate at the prison (very Silence of the Lambs esque but a little dirtier since this inmate was a pedophile and for payment for his help he requests a new “playmate” which the police provide for him). It is through both of these interviewing processes that the viewer is given a glimpse into The Ghosts dirty deeds and let me say they are quite foul. 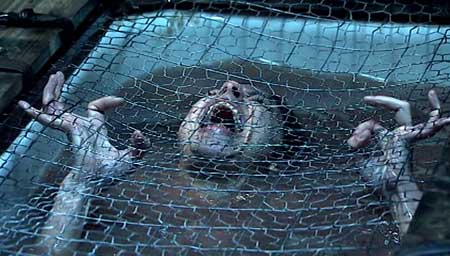 A Darker Reality doesn’t just focus on these interviews and flashbacks however; the viewer is also given a glimpse into the lives of three women who are being held captive by The Ghost. Some of these scenes can be the strongest; in particular a scene where a young captive who is a virgin has a melt down when she realizes what is going to happen to her. 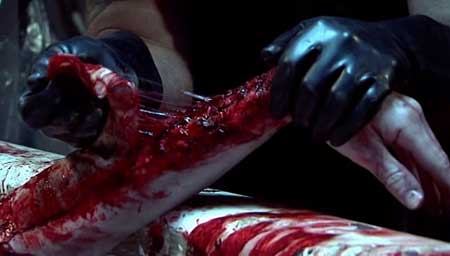 The Ghost you see likes to do all kinds of nasty things to women from trapping them in a bathtub with chicken wire of the top of it so the girl has to struggle to breath to cutting and dephiling women with a pair of wire cutters. By far however one of the most disturbing things The Ghost does is keep Carey in the closet while he masturbates to videos of his next victim, when he is finished he brings Carey out of the closet to clean him up. Chris Kazmier catches all of these scenes in grizzly and dirty fashion. The viewer knows what they are watching is horrible yet they cannot turn away, and in a lot of ways what isn’t seen physically is made up for mentally. Daniel Baldwin’s portrayal of The Ghost is also quite disturbing. Most of the film he does a monologue that one can’t help but be reminded of films like Maniac. Yes he is actually scary in this role and quite believable. 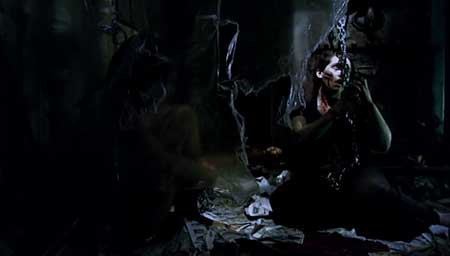 A Darker Reality is definitely a breath of hardcore for the cop thriller subgenre. Near the end of the film the movie switches gears and for about fifteen minutes The Ghost chases his three captives through his warehouse in what can only be described as “slasher esque” so yes the film also does keep its viewer on its toes. 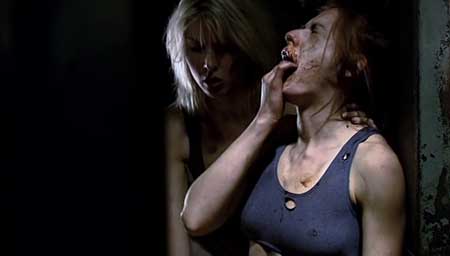 Horror fiends don’t let this one slip by you, give it a chance and I’m sure that you will be quite pleasantly surprised. 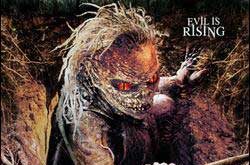 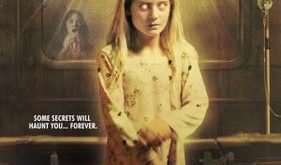 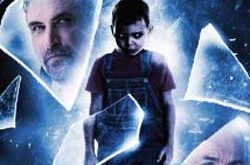