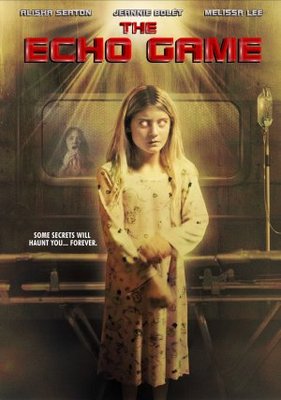 A young mother must protect her daughter from a rogue scientist on a murderous rampage to steal the girl’s psychic powers for herself.

I’ve always been a fan of psychics in horror films. Or at least some sort of ability. Three films come to mind when I think about it. Two are from the mind of Stephen King and one was directed by David Cronenberg, which still remains a masterpiece. “The Echo Game” seems to draw a bit of inspiration from “Firestarter” and “Scanners”, or maybe it doesn’t, just feels that way. While not a great film, there is much to enjoy, some very smart choices, and really well developed characters. The fact that I was invested in the lead three characters made this film much better than expected. It does suffer a bit though from lack of funds, uninspired death scenes, and a story that unfolds a bit too quickly.

The film opens with Rachel (Angela Landis), a woman who is in a hurry to get the hell out of her house. She mails out a letter but before she can make a clean getaway, she ends up dead. April (Alisha Seaton) and Casey (Jeannie Bolet) are a loving couple who have a young daughter Sara (Melissa Lee). They get up in the morning, thinking they are starting a normal day when Det. Michael Simmons (David Ghilardi) shows up to ask April some questions about an old friend, long thought dead. When she gets to work, not only is she visited by a mysterious woman who shows up to warn her about experiments and the Echo Project. Shortly after, a letter from Rachel is waiting for her. She learns that her friend was not dead, just hiding from some people involved in the Echo Project. When someone breaks into their home that night, they realize that their lives are in danger. 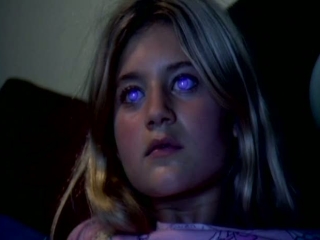 I’m going to start this off with a bit of complaining. While the performances by the films’ leads were pretty damn good, the same can’t be said for their co-stars. I’ve noticed this more and more lately where a film will have strong leads but we can’t help but feel that the movie gets dragged down by other subpar performances. There were several death scenes, which were very lackluster. The first one worked well, but they became repetitive for me. Since the film dealt with psychic ability, I was hoping for some mayhem to unfold using those powers. I guess I just felt they were too conventional for the proceedings. Screenwriters Brian Feeney and John Ross came up with a rich mythology and interesting backstory. I will never understand how everything gets wrapped up in an hour and fifteen minutes (more like an hour and ten if you take out the beginning and end credits). There is more story to be told here.

I may be a little harsh with some of my assessments, but here comes the positive. Director Brian Feeney should be praised for the realistic portrayal of the main family dynamic. Relationships are tough to keep together, even in times of distress, we really feel for April and Casey. It was an incredibly refreshing choice to portray the couple, who are lesbian, so realistically. We all know that in genre films, lesbians usually are shown having sex or for gratuitous nudity (there is a bit of that too but not involving the leads). They have a strong bond and a family unit that is just like anyone else. That is what drives this film and that is what makes the film worth seeing. We really care for them and hope that the journey ends for them in happiness.

There is more story to be told here. I didn’t want to see the film end so quickly. I may have complained a bit much about some things, there is still much to like about this little film. I give “The Echo Game *** out of five stars. It may suffer a bit from having a tiny budget but I couldn’t help becoming invested in the family unit and how they fought to keep each other safe. Recommended. 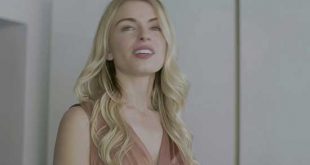