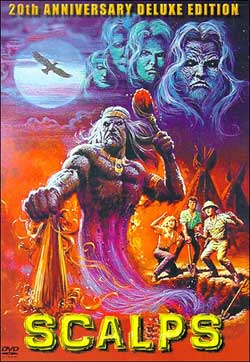 A group of college students go on an archeological dig at an ancient Indian burial ground (great idea there guys) hoping to find some Native American artifacts. While they are digging around they end up disturbing an evil spirit who wastes no time in possessing one of them. Of course the now possessed student goes on a killing spree, slaughtering his fellow classmates on the dig with him. Will any of them survive or is this the last class trip that any of them will ever take?

I have always liked Fred Olen Ray. Not only is he responsible for a ton of low budget movies but he also runs a wrestling promotion and has been known to jump in the ring and wrestle from time to time. While the majority of his movies are very, very low budget they still kick ass and are a lot of fun to watch. I love Evil Toons and Hollywood Chainsaw Hookers the most out of all of his films just because they are so weird and out there while being unique in their own way. I am a fan of Ray’s work, but with that being said I really didn’t care for Scalps. In my opinion he phoned this one in and I can’t really see anyone ever making the comment that Scalps is their favorite Fred Olen Ray movie.

I thought that the premise sounded promising and was actually pretty excited about watching it, but just a few minutes into it I knew that I wasn’t going to like it. It starts off very slow and pretty much nothing happens until late in the film. We have the weird opening scene where the guy is forced to slit his own throat and there is some creature that looks like Lion-O from the Thundercats running around for some unknown reason but after that we are subjected to way too many scenes of people just sitting around talking. I came damn close to falling asleep several times while I was watching it and I had to fight the urge to skip ahead to the next scene more times than I can remember. You would think that a movie about a guy possessed by an evil Native American spirit who goes around killing people would be pretty action packed but to my surprise that just wasn’t the case at all. Instead it is just plain boring and unless you are a fan of scene after scene of people just hanging out talking about random things I have a feeling that you will agree with the way I feel about this movie. 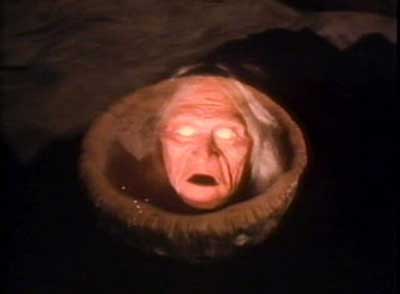 The acting is also pretty bad and I had a hard time really caring about any of the characters. I have seen a lot of movies that had bad acting in them, but I think that this one is probably one of the worst. Some of the people in it appeared to be reading their lines off of cue cards or something and put pretty much no emotion into their roles. Sometimes bad acting can actually make a movie more fun because it can let you and some of your friends do Mystery Science Theater 3000-like commentary as you watch it, but I don’t think that you could even do that with this movie. I just wanted the characters to get killed off as soon as possible (especially the professor who walks around wearing the safari outfit and laughs every time he says something) so I wouldn’t have to watch their terrible acting any longer. 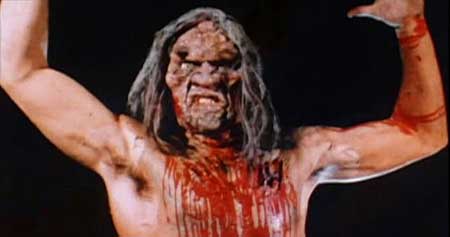 One of the only positive things that I can say about this move is that the death scenes are pretty damn brutal and the gore effects look good. We get a scalping (of course), a bludgeoning with a tomahawk, a decapitation, and some fun with arrows (someone gets shot in the eye with one while another character is pretty much shot in the back with so many of them she resembles a pin cushion or a porcupine). There is no lack of good old fashioned bloody death scenes and I enjoyed every one of them (too bad they don’t happen until late in the film). 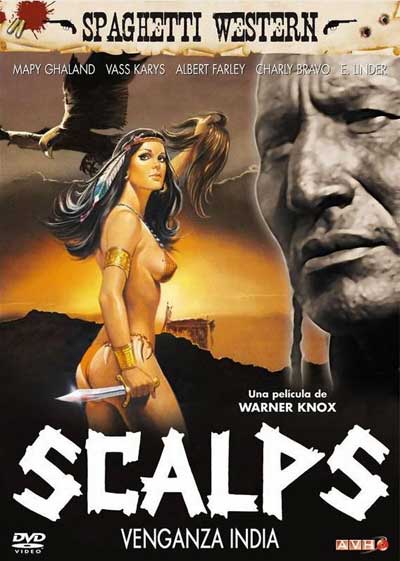 Scalps is just one of those movies that you watch and then pretty much forget all about it a couple of days later. It is boring, a little silly at times (what the Hell is up with the shots of the guy wearing the bad Halloween mask who just stands there looking at the camera?), and the acting is nothing short of horrendous. I have a hard time recommending it to anyone, but check it out at your own discretion. You may see something in it that I didn’t and you may end up absolutely loving it.