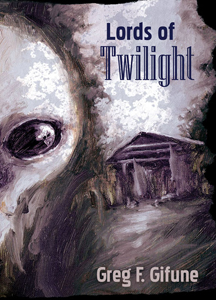 Strange things are happening in the small, isolated town of Edgar, Maine. Mysterious lights dot the night skies. A local farmer is found dead at the summit of a hill with no evidence as to how his body got there. Livestock is disappearing, only to be discovered later, dead and mutilated with precision-like wounds. And despite the coming of an enormous winter storm, odd men identifying themselves simply as ‘federal agents’ have converged on Edgar in government vehicles as if in anticipation of some greater event.

Newcomer Lane Boyce, a recently divorced schoolteacher with a questionable past, believes there must be reasonable explanations for what is taking place, yet seems inexplicably tied to the events. Haunted by his own demons and drowning in loneliness and regret, Lane had hoped Edgar might be a quiet refuge and a place to begin again. Instead, there is madness here, an evil that is slowly making itself known. And as the snowstorm hits town, Lane finds himself trapped in his small house in the middle of nowhere, alone with his puppy…and something else.

There, just beyond the trees, hidden in shadow, something watches, waits and whispers, ushering in a new age, a time of something else. Something other. Something close. Reality is no longer ours. It belongs to them.

It belong to the LORDS OF TWILIGHT.

With “Lords Of Twilight” Greg further cements his place as one of, if not the best author working in dark literature today.

“Lords Of Twilight” is a simply brilliant book that oozes atmosphere, loneliness and dread. Greg takes you on one man’s journey through heartbreak, guilt and remorse, a journey that will leave you profoundly shaken.

“Lords Of Twilight” starts off as a seemingly innocent sci-fi/alien tale that turns into so much more as it delves into dark deep matters of the human mind and heart, with enough twists and turns that make you feel as if you had just gotten off the worlds largest roller coaster.

As I’ve come accustomed to with Greg’s writing over the last year or so, nothing is ever what it appears to be. If you think you have it all figured out, all you have to do is turn to the next page and wham….Greg hits you over the head with a brick and throws you for a loop.

When you read “Lords Of Twilight” be prepared to have Greg play your emotional strings like a concert violinist, a true master at work.

It is probably safe to say that Greg is the only author that can actually scare me before I even turn the first page.

If you like your fiction smart, deep, bleak, scary and most of all emotionally draining, then I suggest you use the links above to purchase “Lords Of Twilight”, or anything else that Greg has written.

“Lord’s Of Twilight” gets my highest recommendation. 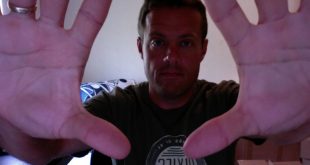 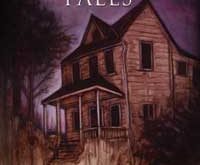 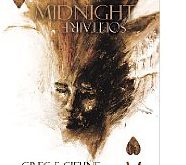