The Horror Writers Association has chosen two long-time icons of the genre to receive the prestigious Lifetime Achievement Award this year. The award, given in recognition of the recipient’s overall body of work, will go to Rick Hautala and to Joe R. Lansdale.

Under his own name, Rick Hautala has written close to thirty novels, including the million-copy best seller Nightstone, as well as Winter Wake, The Mountain King, and Little Brothers. He has published two short story collections: Bedbugs and Occasional Demons. A new collection, The Back of Beyond, is due soon. He has had over sixty short stories published in a variety of national and international anthologies and magazines. Writing as A. J. Matthews, his novels include the bestsellers The White Room, Looking Glass, Follow, and Unbroken, all of which will be reprinted within the coming year or two by Dark Regions Press. His forthcoming books from Cemetery Dance Publications include Indian Summer, a new “Little Brothers” novella, as well as two novels, Chills and Waiting. He recently sold The Star Road, a science fiction novel co-written with Matthew Costello, to Brendan Deneen at Thomas Dunne/St. Martin’s.

Born and raised in Rockport, Massachusetts, Rick is a graduate of the University of Maine in Orono with a Master of Arts in English Literature. He lives in southern Maine with author Holly Newstein. Combined, they have five sons, all of whom have grown up and moved out, leaving the house frighteningly quiet. Most of his books and stories—and all of them, soon—will be available in all major e-book formats from a variety of e-publishers.

Lifetime Achievement Award Committee member Christopher Golden had this to say about Hautala: “Rick Hautala is the horror writer’s horror writer. Since his first novel, Moondeath, was published in 1980, he has held the torch of the genre high, for all to see. At the height of the horror boom of the Eighties, he stood shoulder to shoulder with the giants of the era, perfecting the contemporary ghost story. With such novels as The Night Stone, Little Brothers, and Winter Wake, Hautala helped to influence a great many young writers who were just coming of age. Self-effacing and approachable, he has always combined a blue collar work ethic with literary sensibilities shaped by his love of Shakespeare and Hawthorne. His passion for the horror genre is second only to his love for writing, and all of these elements have conspired over decades to transform him into a determined mentor, offering critical feedback and quiet encouragement to many new authors as they begin their own careers. Over the course of more than thirty years, he has produced as many novels, both under his own name and as AJ Matthews. Hautala has also authored the scripts for award-winning short films, and dozens of short stories and novellas, including his wistful and unsettling masterwork, Miss Henry’s Bottles. Despite the mark he has made on the genre and his quiet mentorship of other writers, Rick has rarely been recognized for his work. Thus we are doubly pleased to present Rick Hautala with the HWA’s Lifetime Achievement Award.”

Joe R. Lansdale is the author of over thirty novels and numerous short stories. His work has appeared in national anthologies, magazines, collections, as well as numerous foreign publications. He has written for comics, film, newspapers, and internet sites. His work has been collected in eighteen short story collections, and he has edited or co-edited over a dozen anthologies. He has received the Edgar Award, eight Bram Stoker Awards™, The British Fantasy Award, the Grinzani Cavour Prize For Literature, the Herodotus Historical Fiction Award, The Inkpot Award for his contributions to Science Fiction and Fantasy, and many others. His novella Bubba Hotep was made into a cult film directed by Don Coscarelli, starring Bruce Campbell and Ossie Davis. His story “Incident On and Off a Mountain Road” was made into a film for Showtime’s Masters of Horror. He has had numerous film options, and is currently co-producing several films, among them The Bottoms, based on his Edgar Award winning novel, with Bill Paxton and Brad Wyman, and The Drive-In with Greg Nicotero. He is Writer In Residence at Stephen F. Austin State University, and is the founder of the martial arts system, Shen Chuan, Martial Science and its affiliate, Shen Chuan Family System. He is a member of both the United States and International Martial Arts Hall of Fame. He lives in Nacogdoches, Texas with his wife, dog, and two cats.

Lifetime Achievement Award Committee Chairman Del Howison noted of Lansdale: “I’m not quite sure how Joe R. Lansdale has time for anything except writing. If he stopped writing today his countless novels, short stories, comics, etc. would make for a library many authors could only dream of producing. But, of course, he won’t stop writing, not as long as he is breathing. It’s part of him. It may even be keeping him alive. It’s his Mojo for dealing with the world and putting in order those things that seem out of order. He knows the secret, everything is out of order and that is what Joe writes about. The first time I met Joe was …. it really doesn’t matter when the first time anybody meets Joe is because from the moment of ‘Hello’ you are like family. But, you know how at family gatherings there is always that odd uncle or weird cousin? Well, that is Joe the author, a sense of humor with a jaundiced eye. His legion of fans love him for it and if you haven’t read him you’ll be hooked from the start. In a recent Fangoria article the author stated, ‘Lansdale is one of those authors who can be infuriating to other writers, because he is just so damn good.’ But that is wrong. Joe is not infuriating, he is inspiring. His prose be can heart-wrenching and atmospheric as in The Bottoms or so hilarious it can cause you to do a spit-take over your morning coffee while reading any of his Hap and Leonard books. I believe his secret is honesty. What he writes is from his heart and it is true. The Horror Writer’s Association is extremely proud to honor Joe Lansdale with the Lifetime Achievement Award.”

The Lifetime Achievement Award is the most prestigious of the Bram Stoker Awards, given by the HWA in acknowledgment of superior achievement not just in a single work but over an entire career. Past Lifetime Achievement Award winners include such noted authors as Stephen King, Anne Rice, Joyce Carol Oates, Ray Bradbury, F. Paul Wilson, Chelsea Quinn Yarbro, Brian Lumley, William F. Nolan, and Peter Straub. Winners must have exhibited a profound, positive impact on the fields of horror and dark fantasy, and be at least sixty years of age or have been published for a minimum of thirty-five years. Recipients are chosen annually by a committee; the 2011 Committee was chaired by author and editor Del Howison, and members were Christopher Golden, Jonathan Maberry, Yvonne Navarro, and Gene O’Neill.

The LAAs will be presented on March 31 as part of the Bram Stoker Awards presentation, and both Hautala and Lansdale will be present to accept. The awards will cap off “Celebrate HWA Day”, celebrating both the 25th Anniversary of HWA’s incorporation and the 25th presentation of the Bram Stoker Awards. The presentation will be held at the World Horror Convention in Salt Lake City, which takes place from March 29 to April 1st. For more information on the Stoker Awards Weekend, please visit the website at www.stokers2012.org/. For information on the World Horror Convention, visit www.whc2012.org .

To learn more about this year’s winners, visit them online. Hautala can be found at www.rickhautala.com and Lansdale at www.joerlansdale.com .

The Horror Writers Association is a worldwide organization promoting dark literature and its creators. Started in 1985, it has over 700 members who are writing professionally in fiction, nonfiction, videogames, films, comics, and other media. 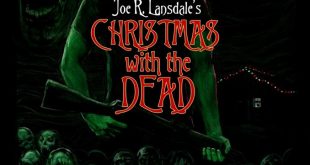 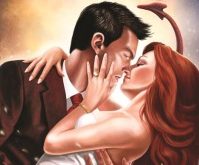 Joe R. Lansdale and ‘Christmas for the Dead’ heads to big screen