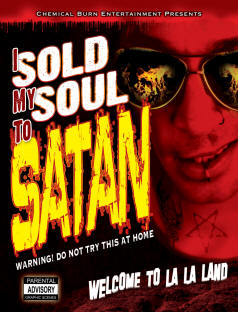 Zombies, Vampires, Witches & Demons. Nothing is off limits. Kai Blackwood, an aspiring rock-star, learns about real-life occult practices as he follows the instructions laid out in the ancient book ‘Le Grande Grimoire’. He attempts to sell his soul to the Devil… on TV.

Would I ever sell my soul to Satan for fame and fortune? The 37yr old me would never even consider it. If the possibility existed, I have too much to lose when Satan comes collecting. If you were to ask the 27yr old me the exact same question, I would have said yes, in a heartbeat. With the birth of my daughter, my outlook on life has changed extensively. While I haven’t turned into a crazy holy roller, I have much more faith now than I have ever had before in my life. So I guess that’s saying something, though I’m not entirely sure what. I still enjoy reading about some of the darker things in life, just for the knowledge, and not to incorporate it into my lifestyle. So that brings me to the documentary “I Sold My Soul to Satan” from directors David Gaz and Alex Vazart. It has an intriguing premise and is rather well put together. The documentary doesn’t ask the “Would you?” question, it shows the “How to”.

The directors’ of the film post an ad on Craigslist, looking for people who would like to sell their souls to Satan. After extensive interviews with in interesting group of characters, they choose to focus in on Kai Blackwood, a metal musician who is pushing 40, and never attained the fame or success that he longs for. Not only does Kai want that, he hopes to be able to time travel as well as fly of his own free will. Mostly so he knows that it worked. He turns to Jymie Darling, a creepy gal who has SUPREME knowledge of the occult and how everything works. She goes through her collection of books, compiling a list of everything that Kai will need in order to perform his ritual. She gives him sound advice on writing up the contract, making sure he covers his butt and tries to keep from leaving loopholes in it. We follow Kai on his journey to find each and every item he needs, the way to properly prepare for the ritual, and we witness the ritual itself. I won’t go in to any detail about the films’ end, since that would obviously ruin it, but we do learn the outcome. 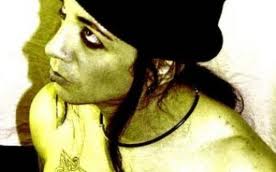 “I Sold My Soul to Satan” is a really well rounded documentary. Whether or not everything that is presented to us was real, the film is pretty damn convincing. I wasn’t sure if it was a pseudo-doc or not, but the subject matter is approached with authenticity and sincerity. I was almost hoping that this was a first in a series. The first fifteen minutes or so of the film we are introduced to several different people, who all want the same as Kai, who seemed to have stories that were just as interesting as his. I mean really, why not? I would watch them, “Soul of the Weak”, sounds like a winner to me. And yes, I spelled “weak” like that for a reason.

I found Kai to be an interesting guy. Some of the things he says may come off as being a bit pathetic but at least he is charismatic. Jymie kind of frightens me. She knows way too much about things we are better off not knowing about. Together they make an odd pair but their journey was always interesting. Technically the film looks alright though some of the shots were blurry. Overall, I give “I Sold My Soul to Satan”, **** out of 5 stars. Once I started and became invested in the film, I couldn’t wait to see the conclusion. I wasn’t sure what to expect from the end but it was completely satisfying to me. Maybe this is one big joke, these are actors, or maybe not. I will never know for sure but I will tell you to look for this film and check it out. Solid entertainment!!! 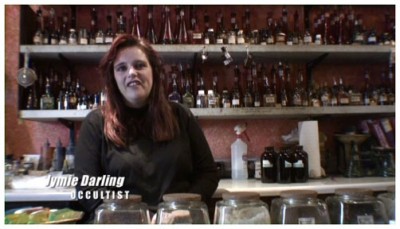