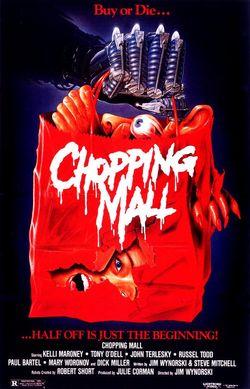 I always loved the title CHOPPING MALL. It was one of those titles that just screamed RENT ME from the video store shelf back in the day. The movie was a bit of a wild ride, about killer robot security guards hunting down teenagers in a locked up mall.

News drops tonight that a remake is in the works, no real surprise there, but what is surprising is the announcement that Robert Hall will be helming the remake.

Now this could be interesting!

Robert Hall is 3 for 3. Lightning Bug, Laid To Rest and Laid To Rest 2 have all been superb so it would only stand to reason that this remake will kick all kinds of ass.

Early word is that shooting will begin in the spring and that the whole killer robot angle may be gone aiming instead for a more supernatural element. The teenagers trapped in the mall storyline is still a go though. Hall knows his gore so I think it’s safe to say a bloodbath is in the works.

Sounding good so far and keep an eye to the site and I’ll update you as the info rolls in. 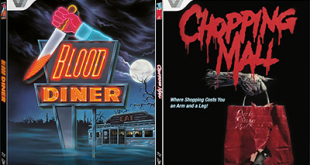