Alien women and science fiction are not as common as you would think. Over the years we’ve had our share of beautiful gals who stepped up to male fantasies by portraying outer space hotties, though somewhere the idea still stems from the green-skinned lady who seduced Captain Kirk. The frequency of Film to TV Alien women inclusions seems to almost spilt down the middle. Though we wanted to take a few minutes to point out our favorites from the bunch over the years and give them the spotlight they deserve. I think historically the genre has always leaned towards nasty slimy creatures for alien presentation, but every so now and then…the universe pops out a intergalactic hottie that makes you want to become a space traveler yourself.

01- Sil “Species” (Natasha Henstridge) (1995)
This seems to be the single most identifying role for actress Natasha Henstridge who has actually appeared in several horror / science fiction films over the years. Her appearance comes out of the union of human and alien DNA making for a hot sexy vixen on the outside and mean slimy bitch on the inside. Kudos for the marketing for this one that made it a “must-see” at the time sporting the lovely Natasha Henstridge on its posters as the hybrid Sil. 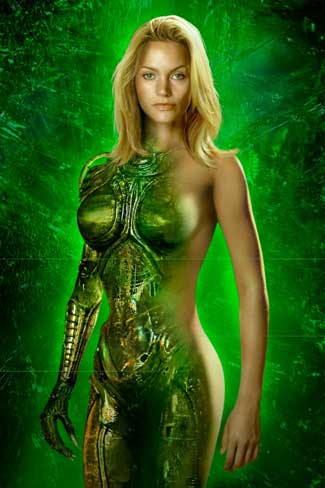 02- Anna “V – TV Series” (Morena Baccarin)
The new “V” lasted for 2 seasons but suffered at the hands of network eliminations. It’s too bad as the show was pretty exciting and had alot of great alien to human tension. Though always looking strong, hot and model-stature-tall was the lovely Morena Baccarin playing the role of the alien queen “Anna”. It’s funny because even knowing what she was underneath, we still ignored it and opted for the cover-up version. I believe her first impression on humans in episode 1 was, “wow”…aliens are hot! Morena brought a perfect union of charm and terror. 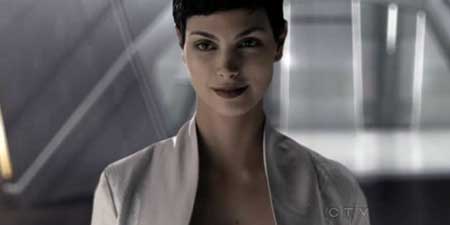 03- Ursa “Superman II” (Sarah Douglas) (1980)
Evil intentions, second in command to Zod, and one hot looking criminal, Ursa was an older favorite of mine who really added sex appeal to the Superman franchise. Her short do at the time was pretty in line with the Pat Benatar 80’s hair which made Ursa one trendy little space vix. Definitely not from the planet Earth, I think many male fan boys were thinking the same thing. Which was….maybe being imprisoned in that dimensional mirror thing with Ursa for awhile wouldn’t be so bad!!?? Give some props to the queen of 80’s space bitches. 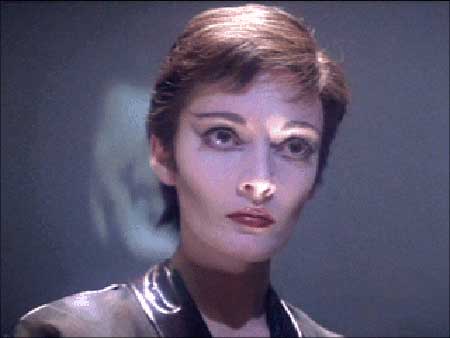 04- Leeloo “The Fifth Element” (Milla Jovovich) (1997)
Leeloo our alien-esque humanoid warrior product of fifth element turned a few heads when she arrived onto this futuristic fantasy film. Somehow she single-handily made orange red hair and white leather strips a fashion statement that we wish would have become a new trend in “our” reality. Milla went on to provide thrills as a women warrior in several other films which is a long ways from her “Dazed and Confused” days. 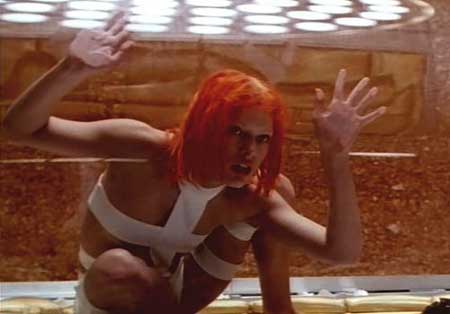 05 Xev Bellringer “Lexx” (Xenia Seeberg) (1997-2002)
I think there is no denying what sex appeal Xev brought to this odd Canadian and German co-production of a series. As we learn of her origin which seems to be part love slave and part lizard, we also thank planet B3K for spawning such a creature. The series was bizarre to say the least but always managed to incorporate a healthy does of hot alien interplay. Xev is our super model of the intergalactic collective. While Xenia has stayed out of radar at least in the US perspective, I’m sure no one will mind if she’s given more exposure in the future. 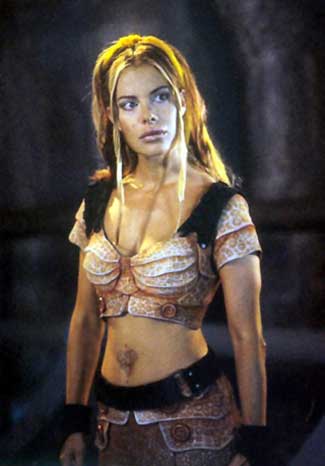 06 Serleena “Men in Black 2” (Lara Flynn Boyle)
Did you ever get the feeling that “Men in Black II” was just an excuse to get Lara Flynn Boyle to sport some hot alien screen time? And something about being a naughty lingerie wearing alien seemed to up the anty a bit. Serleena provides a worthy villianess presence that gives the MIB a run for their money. Forget that she resembles a plant in natural form, we’ll take the Lara version any day. 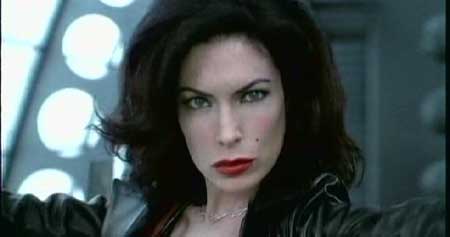 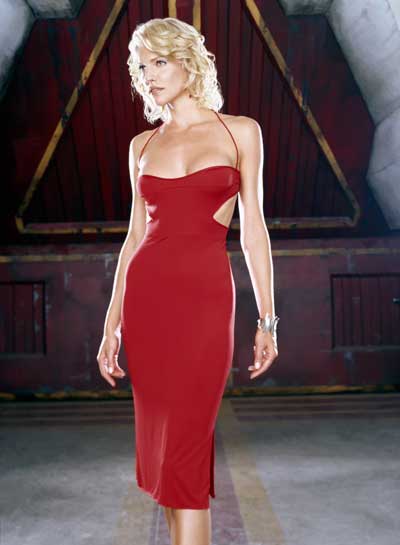 08 Seven of Nine “Star Trek: Voyager TV Series” (Jeri Ryan)
I really don’t think Star Trek ever got hotter than when they decided to throw Jeri Ryan into a tight wearing space uniform. As we learn, born human but assimilated by the Borg in which she left at age 18. Here cyborg parts were removed, well about 82% but lucky for us, the human ones were hot as hell. Seven of Nine will be most remember for that sexy “catsuit” as they call it that she wore. 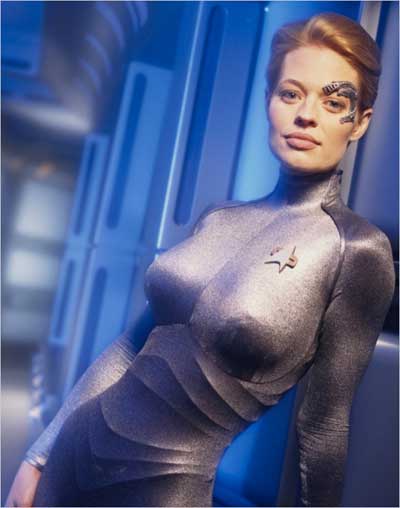 09 T’Pol in “Star Trek: Enterprise” (Jolene Blalock)
Who says vulcans can’t be hot? Jolene Blalock seems to ignite the screen in whatever role she becomes, though the Star Trek Enterprise just became quite a bit hotter with this enlisted science officer. 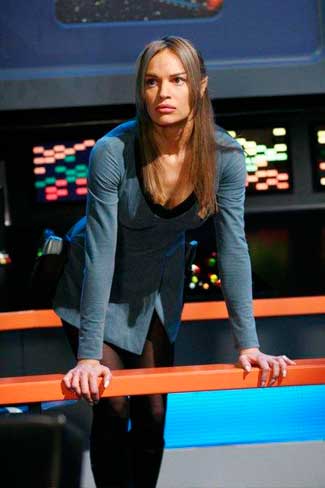 10 Sara “Species III” (Sunny Mabrey)
Ok, disregard this being one of the weaker of the series, Sunny Mabrey who plays the daughter of Eve gives many a reason to keep watching regardless of plotline. What was her mission? Mate with humans…..nice! 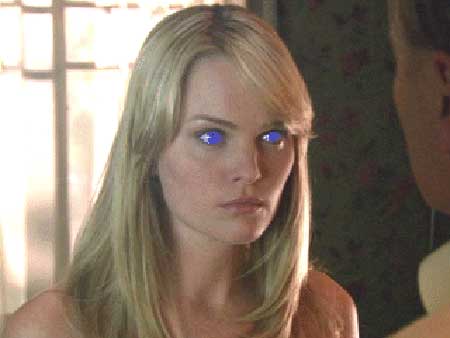 Update to original list:
(these are not to say that the following are  “less” hot, it’s just at the time, we already picked 10 and might have to expand to top 20)  ;)