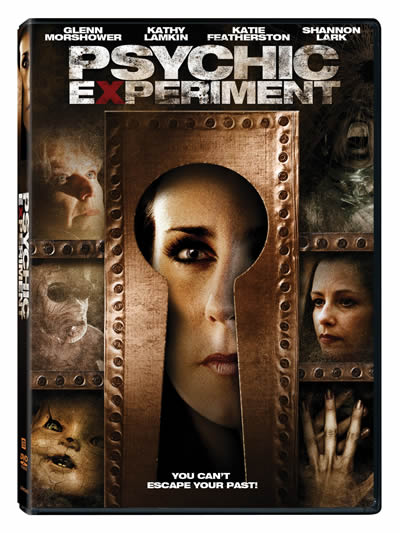 After years away of avoiding his past, Cole Gray (Denton Blane Everette) accepts a job that has him returning to his home town leaving his new life and girlfriend Elspeth (Katie Featherston) behind. Believing he is hired by Louise Strack (Adrienne King) for an establishment called The Facility in order to research a local epidemic inflicting the locals with a strange cancer like ailment, Cole soon discovers a conspiracy running just below the surface that involves him more than he could even had suspected. The mysteries involve his mother, Marie Gray (Debbie Rochon), Mrs. Anderson (Kathy Lamkin) and Joseph Webber (Reggie Bannister) all of whom are suffering from hallucinations, painful headaches and horrifying visions. Together with a trio of bloggers, a few local cops and a Fed or two, Cole races to uncover and expose the secrets of the Facility before their nightmares consume the town completely.

Director Mel House fills his film, Psychic Experiment (originally known as Walking Distance), with a bevy of b-movie stunt casting. The film features Adrienne King from Friday the 13th (1980), Reggie Bannister from Phantasm (1979), character actor Kathy Lamkin from Texas Chainsaw Massacre (2003) and modern scream queen legend Debbie Rochon. Many other role are filled by familiar faces such as Katie Featherston (Paranormal Activity), Glenn Morshower (24) and Shannon Lark. Regrettably the film is so poorly put together and constructed, their collective input is reduced to a distraction instead of an asset. The film is so ridiculous in its story, characters and effects that is its difficult to watch, follow and understand; which is a shame, because, at its core, Psychic Experiment has an interesting premise. It’s in its execution that the film spirals out of control. 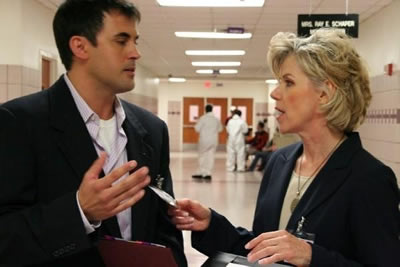 The first problem is the acting and the cast. It’s unclear if anyone is entirely on board with the film. None of the performances are particularly inspired or outstanding with some of the bordering on atrociously bad. No one seems confident in taking it serious or chewing on the scenery. Others give it their all but have nothing in the script to provide them guidance. And some just seem to be embarrassed. 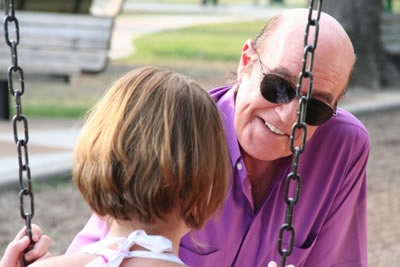 Adrienne King seems to come out the best of the group taking a very over-the-top approach to her character. Her character is as big as her devilish grin and it’s quite amusing. Reggie Bannister provides a bizarre performance of a child molester trying keep on the rehabilitated path and dealing with his past crimes. He overacts every scene with his trademark Reggie-isms. Some of it works and at other times it comes across awkward and out of place. Denton Blane Everette is a walking plank with an excruciatingly wooden performance. 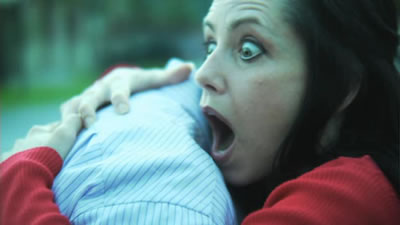 Adding to the mixed results with the cast is a variety of special effects. Most are horrid, either bad CGI or cheesy make up. Some of the designs are interesting but are undercut by a story that doesn’t give the visuals any meaning or relevance. 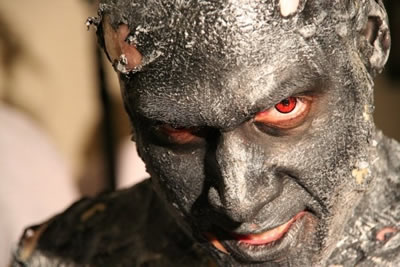 On the more positive side is a compelling design for a crispy, ember-ridden ghostlike critter that appears from time to time to terrorize its victims. The look is interesting even if it doesn’t make a lot of sense. One scene has Reggie’s Joseph Webber inexplicably causing a shelf full of toy dolls to come to life and begin killing nearby shoppers. The scene is silly but has a lot of fun with the carnage and mayhem. There’s also some creative effect designs for many of the kills from a faceless boy playing video games to Morshower and Lamkin digging into the belly of their victims pulling out the innards yard by yard. 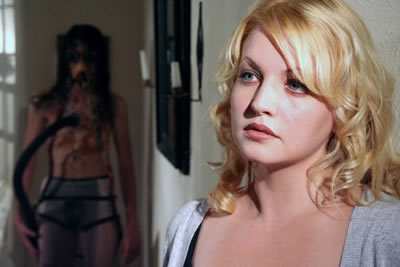 On the flip side, there are some disparagingly putrid effects throughout the film as well. Most of them involve cheap CGI effect where a floor of goo swirls around sucking victims into the unknown. But to be fair, most of the poor effects are hampered more by the editing and the camera work where the meaning of the effect is lost or the clarity of the effect is blurred. 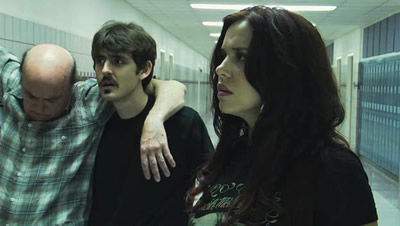 The worst offender of the bunch is the script from Mel House. Psychic Experiment tries too hard. It piles on role after role almost needlessly, in many cases just to ramp up the body count. It never has the opportunity to focus on any character especially the lead. The conflict between Cole Gray and Marie Gray is so vaguely introduced it takes far too long to realize they are actually mother and son. The relationships between Cole and Elspeth (his girlfriend, fiancee or maybe wife) and another girlfriend back in town is poorly established as well and ends up meaning very little to the story by the end. The actual conflict that is propelling the story is also manhandled as well, forcing unexplained and foggy logic at the viewer without reason or purpose. It’s painful to keep up and put it all together and it’s fairly unrewarding when the pieces eventually begin to fit side by side. It’s a mess. 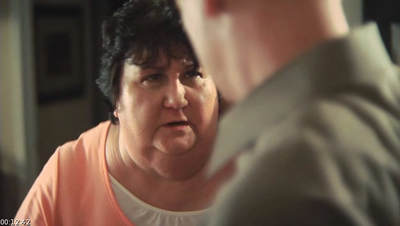 Psychic Experiment is a great example of how to bulldoze over a good idea – or perhaps cover up a poorly executed idea. It doubles up on the stunt casting, piling on cameos and b-movie icons. It drowns the film with poorly rendered effects on top of decent effects that feel out of place and haphazard. The dialog is silly and the minor conflicts are distracting. The entire film is disjointed and awkward. Trying to make sense of it all will likely give viewers a headache. A curiosity at best, Psychic Experiment is a disaster.