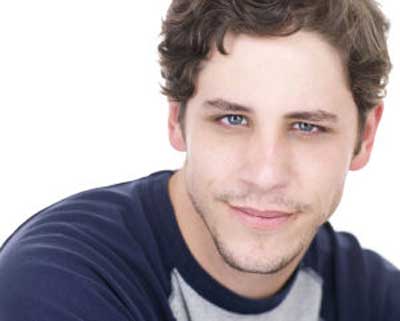 MIKE JOY: Could you tell our Horrornews fans a little bit about “CLOSED FOR THE SEASON”?

DAMIAN MAFFEI: Well, it’s the age old story of girl meets boy… In abandoned amusement park. Girl and boy are then continuously harassed by a carny who may or may not be dead as they are forced to live out the rides and attractions of the long since defunct park in order to be set free and hopefully… Survive the night.

MIKE JOY: Do you have a favorite scary amusement ride or attraction?

DAMIAN MAFFEI: My mind immediately goes to Stuntman’s freefall in Six Flags Great Adventure, New Jersey. It was the simplest thing, you just get in, it goes way up, some kind of buzzer goes off, and you drop. Last about 4 seconds, and it’s ludicrous and kind of dopey if you think about it, but it was always fun. And there was a story everyone who had ever gone on it had heard, about some girl getting her hair stuck in the back right before the buzzer went off and having her scalp ripped from her head. So if you watched anyone with hair get on the thing, regardless of length, you’d see them make sure their was some air between head and the back of the cage. I think that story makes it’s way into CFTS for a fleeting moment actually. My new favorite is a wooden roller coaster called EL TORO at the same Six Flags. The thing must defy all sorts of laws and physics and human limits.

MIKE JOY: How was it to work for director, Jay Woelfel?

DAMIAN MAFFEI: Jay and I are cut from the same cloth when it comes to getting down to work. The second we start we just don’t want to stop. He’s a machine. He knows every move he wants to make and starts the day at a certain speed, doesn’t let up for one moment. And if he must be stopped… Well then, he’ll share one of a million fantastic stories that I usually end up spewing out as my own afterwards. It’s a great experience to work with a director who is passionate about every, single moment of a film. 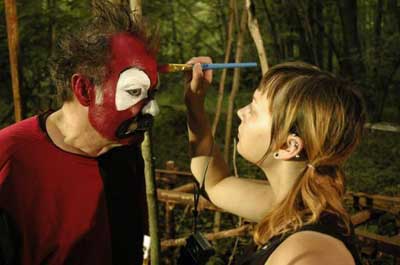 MIKE JOY: “CLOSED FOR THE SEASON” premiers at MonsterMania in Cherry Hill, NJ next month. That’s fantastic! Last year, I interviewed Dave Hagan regarding the MonsterMania conventions. What do you think of horror conventions ? Any experiences ?

DAMIAN MAFFEI: I am very excited to be a part of this Monstermania, and I think CFTS having it’s premiere there is outstanding. Dave Hagan runs himself a well-oiled machine and I couldn’t have been happier when I heard the news that we’d be doing this there. I always thought more horror films to have their premieres at horror cons. It’s a perfect fit. And what a setting! The first one I went to, as a paying customer, was a Fango con at the New Yorker hotel in… Some year. It was amazing for a kid to walk into one of these places, walk past tables piled with the coolest stuff. I remember being completely overwhelmed. You just could never have enough money. And to see the guests, these beings from a seperate world that made your favorite films something special, it was just amazing. The popularity of horror conventions and the passion and energy that are put into them is a beautiful thing. It’s a great example of why the genre and everything to do with it can exist in it’s own world, and on so many levels.

MIKE JOY: It has a great tag line, “ Once you step in, There is no way out ! “, I love a cool tag line. You have any favorites?

DAMIAN MAFFEI: I wasn’t aware it had a tagline. I suppose that one provides the appropriate amount of info, although I’m sure a dozen more will be churned out come release time. Someone can have some fun with that, using the whole amusement park slant. Maybe there should be a contest.

I’ll tell you, I’ve got many favorite taglines/blurbs and yet I cannot get “Just when you thought it was safe to go back in the water – you can’t get to it.” from BLOOD BEACH out of my head. I used to have an unhealthy obsession with the idea of that film. I’m much better now. Other beauties are “It’s not human, and it’s got an axe!” from THE PREY and “Breeds with anything…” from BIG FOOT. This is an art form here, you don’t just come up with these things off the top of your head. BIG FOOT has a helluva poster too. It’s just the complete cinematic package. 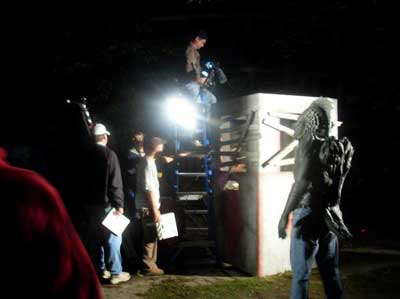 MIKE JOY: How long did it take you guys to film, “CLOSED FOR THE SEASON”?

DAMIAN MAFFEI: Month? I seem to remember being there for a month. We were filming a movie in an amusement park that had been abandoned for 30 years. Time passed differently there.

MIKE JOY: Is there a favorite scene that maybe we should keep our eyes out for in “CLOSED FOR THE SEASON”?

DAMIAN MAFFEI: There was a point where it hit me that I was having a great deal of fun, and that was a scene where I was stuck inside a shed beating the hell out of a snorting carousel horse with a lead pipe in the middle of a giant, wooden roller coaster. Either that or being viciously attacked by a small, stuffed teddy bear prize.

MIKE JOY: Do you have any interesting behind the scene stories from filming, “CLOSED FOR THE SEASON”?

DAMIAN MAFFEI: There’s a scene in the film where I must, for our own survival, partake in a ball toss. Throw baseball at plate. Break plate. I was a baseball player back in the day, and I had/have a fairly strong (if erratic) arm. But you know these crazy movies, all sorts of angles and such. Anyway, one shot involved me taking a ball and going through the motions, but not releasing it. Just holding on to it. So I reared back, went through the motion, brought my arm down with ball in hand. Of course my acting is so stellar that my arm was going at full speed and one take (which from what I understand made the film) the ball shot out of my hand as it came down, bounced off the cement, and directly into my testicled area. But I powered through. My God, I powered through. And then wept. Gently. I just thought potential viewers of CLOSED FOR THE SEASON should know. 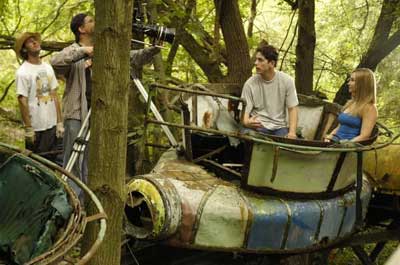 DAMIAN MAFFEI: My older brother John was going out for the usual Halloween hijinks, but told me before he left that when he got back home, THE RETURN OF THE LIVING DEAD would be playing on HBO, and that we’d watch it together. I had not been really broken into horror at that point and watching that movie was just pure joy. It was funny, the f/x were great, and although I didn’t realize it at the point of viewing, when the lights went out I was a’scared. Watching Clu Gulager storm into that film with his take charge botchery left a big impression on me. So much that I’d search far and wide for a member’s only jacket the next Halloween so that I could go out as Burt Wilson. And I did a helluva Burt Wilson monologue. Still do. 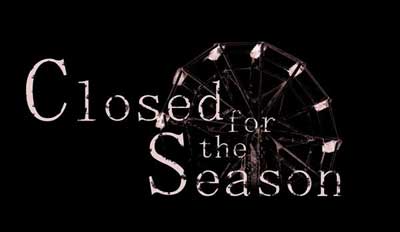 MIKE JOY: What next for Damian Maffei?

DAMIAN MAFFEI: Some interesting and berserk things. May 10th marks the opening of Miracle Day at the Bleecker Street Theater. It’s a play about a small group of people hooked on a new drug that just makes life so much more bearable, until the side effects kick in. I play Ted, a member of said group. The summer Thomas Jane will unleash Suckerfish, a one-act play about a poor bastard named Hank that gets launched onto a street corner which serves as his own personal hell. I’ll be taking on the part of Hank, and you know it’s going to be a wild ride with Thomas Jane on as executive producer. Tim Bradstreet, a brilliant artist (and the reason for me picking up my first Punisher comic) is designing the sets and the supremely awesome overal look of the thing. It will not be something to be missed, and more info will creep out as we get closer to go time. 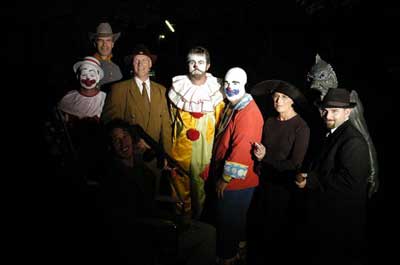 And then there’s MISTER WEED-EATER, something that continues to stay under wraps, but not for long. Brian James Fitzpatrick and I optioned the rights to the Joe R. Lansdale short story of the same name, with Brian taking on the job of turning that short into a feature length screenplay, and doing so with outstanding results. We wanted to do a Lansdale story, the Lansdale way, and with Joe on as an executive producer, it’s going to be more fun than one should have.

Damian Maffei (Closed for the Season) 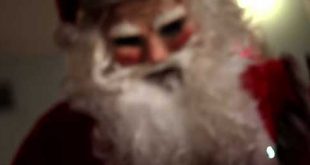