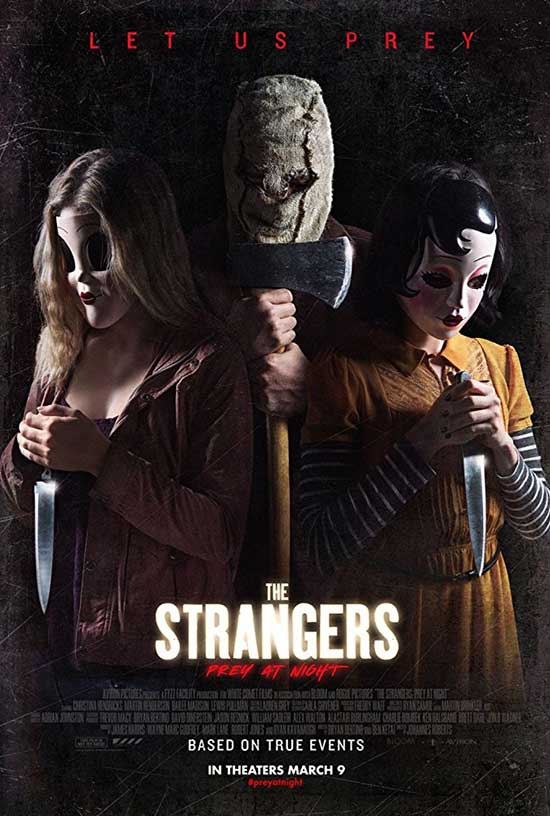 A family of four staying at a secluded mobile home park for the night are stalked and then hunted by three masked psychopaths.

I must admit right off the bat to not being the biggest fan of stalk-and-slash gore fests as they are usually on the high level of predictability and carry an extreme nihilistic tone that is hard to clean off after, even with a shower and soap. And The Strangers: Prey at Night, sequel to the hit 2008 Liv Tyler starrer The Strangers, does follow some in that same vein. And yet the picture, from the highly talented Johannes Roberts (he of the bone-chilling Mandy Moore sharkfest from 2017 47 Meters Down and the underrated 2004 creepfest Darkhunters), has a compelling power that pulls you in anyway. If you have the patience for it, it pays off nicely.

A typically dysfunctional family accepts an overnight stay, courtesy of their uncle, at a remote mobile home park while on their way to see the daughter off to a private school. Everything would be pretty normal were it not for the fact that a trio of psychopaths in masks and hoods have already killed old Uncle Marvin and his wife and are seemingly lying in wait for whomever else comes by. Now the family must fight for their very survival against the maniacal killers. Sounds pretty familiar, but wait…..

One of the skills that Roberts possesses is the ability to make the most mundane setting seem chillingly off-kilter. To the effect of a living nightmare sequence where you never can seem to be able to quite get away from the monsters. The mobile home park setting gives off every image of ordinary in the daylight. The added touch of the rural setting just affirms that nothing moves after the sun rises. However, bring on the darkness and the isolation comes to the fore. In forested areas, this would be the time for nocturnal animals to come out for foraging and play. Same thing happens in the story scenario save for the fact that the creatures are human, if still a bit savage. Roberts, in his location scouting, found just the right place to create its oppressive central setting. 56 acres of land near the Cincinnati/Northern Kentucky International Airport, overflowing with grass and wildlife where houses once stood and since were razed. Roberts brought in 22 trailer homes and some vintage RVs to build the set. It may make me think twice the next time I drive by a trailer park at night in the mountains.

Roberts also looks to have a keen sense of horror movie origins as he pays homage to a few gems from the past in key scenes. A swimming pool attack involving the heroine’s brother and one of the creepos wielding an axe brings memories of Francis Coppola’s 1963 debut chiller classic Dementia 13. Further, a sequence near the climax that has the girl flagging down passersby in a truck and climbing into the bed while being chased by one of the murderers brings to mind the finale of Tobe Hooper’s grindhouse classic Texas Chainsaw Massacre some 44 years ago. Not bad templates to draw from really. 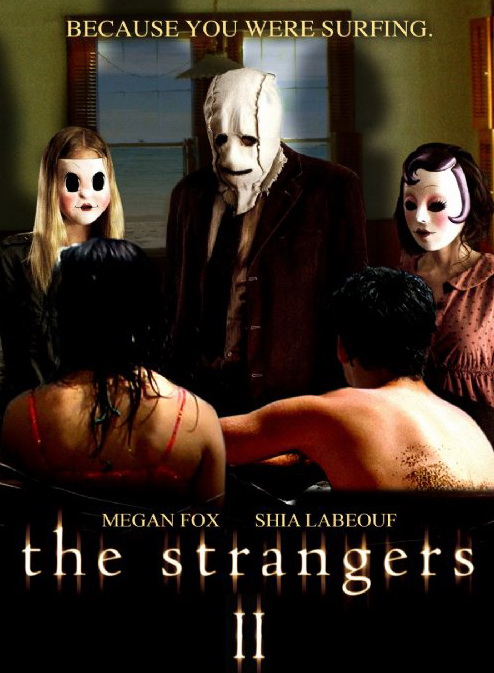 Even with the added homages, Roberts must have noticed the familiar aspects of the script as he stages the action and kill scenes with a certain relentless, never let up style and edits things to a point of expedition as if he is aiming to not allow viewers to stop and realize this is all something they’ve seen before a dozen times over. Like the ubiquitous blanket covering the multitude of cliched sins. His skill in employing restraint in the gore moments should also not go unnoticed. As if showing both the necessity for and a disdain of the excessive blood bits at the same time, he opts for the quick cutaways whenever possible. As if some he’s already had some of the old school “what you don’t see can be just as unsettling as what you do” training and it’s still paying off. 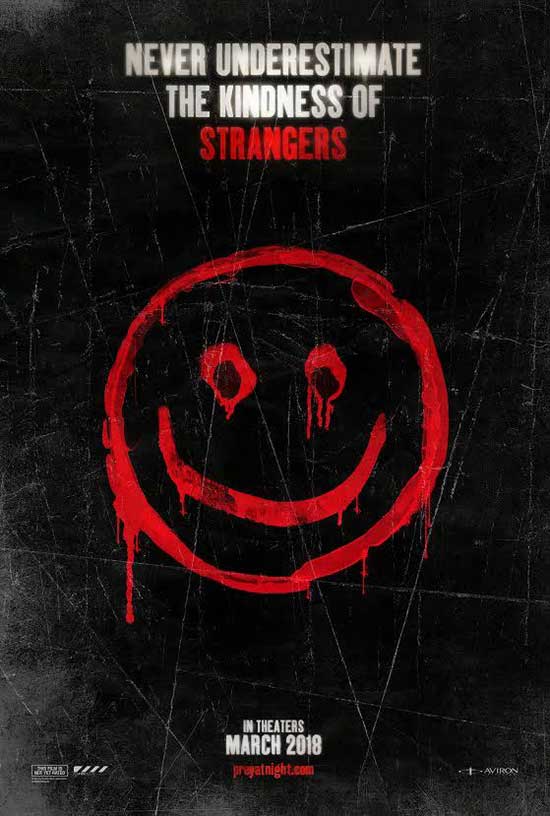 Kudos to Christina Hendricks and Martin Henderson for foregoing the stereotyped stock bickering parent figures to actually flesh them out a bit at least enough to get us to care when they die (albeit in rather early fashion). And I found a freshness to the sibling respect and love brought by Lewis Pullman and Bailee Madison as the brother and sister survivors. The relationship feels genuine and really comes off the screen as such when it could’ve come off just so badly the other way. It would’ve been interesting if, as originally planned, Liv Tyler could’ve shown up from the first in an opening scene just have her character killed (ala Jaime Lee Curtis and 2002’s Halloween: Resurrection), just to have a connection with the earlier piece. Then again, having her appear for just a cameo would scream marquee value desperation and is perhaps best left on the cutting room floor. 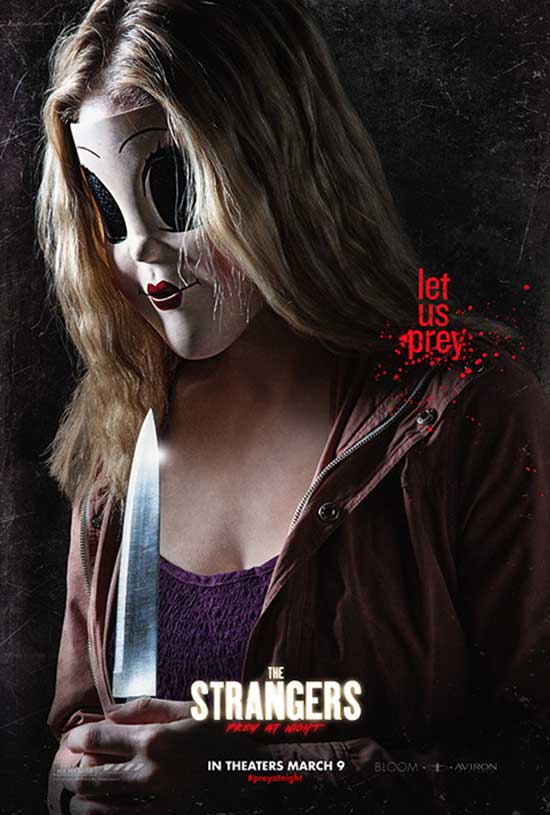 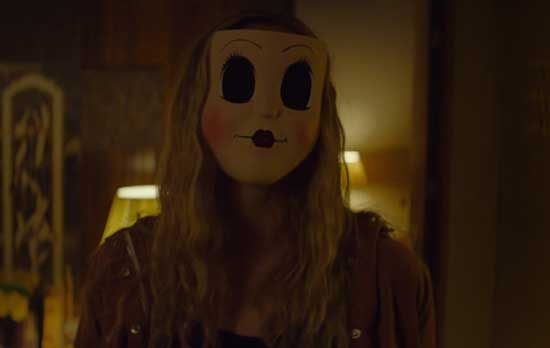