While Batman: Arkham City doesn’t have a special plot, the rest of the game’s storyline will more than make up for it. Most of Batman: Arkham City’s story is action packed, and there are plenty of plot twists that will make you want to keep playing until you beat the entire game. This is a darker Batman tale with more adult oriented themes and violence than you’d see in some adaptations of The Dark Knight. There are a nice plethora of classic Batman characters in the game too, and they each come with a unique biography describing them and giving a little information on their comic history as well. Batman: Arkham City’s story just seems to get better the longer you play it, and it has one of the best endings in recent gaming history. 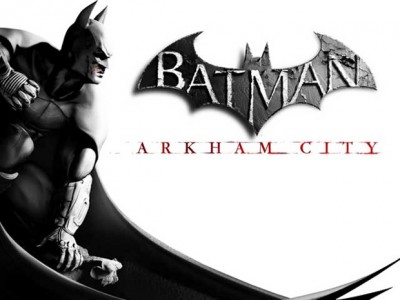 While there are a bunch of Batman characters scattered throughout Batman: Arkham City, you don’t really fight too many of them as bosses. This was one of my main complaints with the game, but it is a very minor one. Although enemies come in two types (goon or boss) in the game, you’ll never really tire of fighting the same enemies. That’s because the game does such a good job of changing up what type of goons you fight each time. One fight may be against a bunch of Joker’s goons wielding guns, and the next fight might be against Penguin’s gang members with baseball bats and knives. Bosses are a thrill to fight too; I can’t think of a single boring boss fight in the entire game.

Batman: Arkham City is an open world game compared to the confined spaces of Arkham Asylum. You navigate through Arkham City by gliding through the air and grappling and climbing up buildings. Arkham City is fairly large, but, once you become comfortable with the game’s controls, you will be able to navigate from one side of the city to the other pretty quickly.

Combat is the main gameplay mechanic that will determine whether you like Batman: Arkham City or not. You essentially use four buttons during combat: attack, stun, counter and evade. This makes the combat system sound very simple, but it is far from it. Each fight in the game will be need to assessed and strategically thought out rather than just jumping in and mashing the attack button. Batman can determine how many enemies are within his vicinity and if they are armed or not. Once this has been determined, you will have to choose whether the situation calls for stealth and disarming of enemies or hand to hand combat. Once you’ve entered combat, you will realize that the game features a wonderful combat system that is very fluid, responsive but not overly complicated. In a word, the combat in this game is awesome! 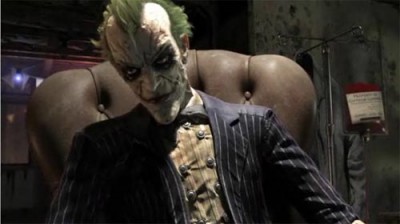 You gain experience points to unlock stronger armor, better gadgets and powerful combos in Batman: Arkham City. There are plenty of side missions to complete in addition to the main story missions. There is also New Game+ mode unlocked upon completion of Batman: Arkham City. This mode allows you to play through the game with difficult modifiers added to the original story, but it allows you to carry over all of your experience points, unlocked moves and unlocked gadgets. If you purchased Batman: Arkham City new, you can enter a code to play at Catwoman in the game as well. There are also a ton of challenge maps known as Riddler’s Revenge. These challenges can be played in a variety of ways using different characters, and all of your results are uploaded to online leader boards. Basically, there are a ton of things to do in Batman: Arkham City, and you’ll be playing it for a long time before you get bored with it.

Batman: Arkham City is one of the best new games out right now. This game is not just for comic fans; everyone should enjoy this title. The storyline is very entertaining and memorable, the characters are fun and accurate to the classic comics, navigating Arkham City and fighting is really fun and you won’t bore of the game for a long time. Do yourself a favor, and go out and get Batman: Arkham City.