Home | Some Inspired Casting For THE LORDS OF SALEM

Some Inspired Casting For THE LORDS OF SALEM

Rob Zombie has been announcing cast additions to his new film THE LORDS OF SALEM for a while now. Most of it has been the expected cast of folks that he seems to like working with but tonight brought news that perked my ears up.

BARBARA CRAMPTON has joined the cast.

Don’t see enough of her these days and it’s great to hear Zombie gave her the nod, lets hope it’s a role that has a little meat to it. I loved Crampton in Re-Animator (who didn’t) and look forward to seeing her in THE LORDS OF SALEM.

Zombie posted the news via his Facebook page, here’s what he had to say:

Salem re-animates! Barbara Crampton has joined the cast of THE LORDS OF SALEM as Virginia Cable, a camera operator for a local kid’s show at Salem Public Access TV called LOBSTER JOE’S FISHY FUN SHOW. She should be safe enough working there… or is she? 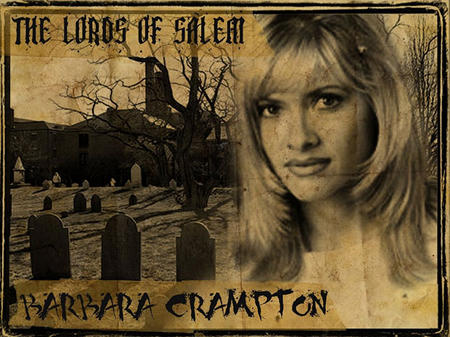