A bloody star is born. The first horror franchise of the 21st century spawned in social media. The latest sensation in the slasher genre. Fans have gone crazy over “The Orphan Killer movie”. They are already asking for sequels, masks, action figures, and video games, before the independent horror film has yet to be fully released.

CEO of horrornews.net says “The Orphan Killer is great horror and great genre potion. I’m gonna have to call this one outstanding and a return to classic horror with a lethal bang! An impressive visceral contribution that will be talked about for quite some time”. READ FULL REVIEW Horror jungles says “The Orphan Killer ended climatically and very tense. I enjoyed every minute of this film. Let me tell you this is a huge hit. As of right now TOK is in my Top 10 horror films of 2011 list. I highly recommend this horror film. 9/10”.

The CULTUREGEDDON says “The Orphan Killer is a totally formulaic movie but against the odds director and star Matt Farnsworth (best known for Iowa 2005) has turned out a real franchise baby that manages to look great wearing the same old clothes. With all the cliche ingredients to be Halloween on Elm Street part 7 this movie risks falling very flat but ends up a real solid slasher that delivers on all expectations of gore and action.” READ FULL REVIEW The Orphan Killers viral activity and Facebook confirmed phenomenon continues to burn up the web. For more information follow the link www.facebook.com/orphankiller

to The Orphan Killers Fan page. 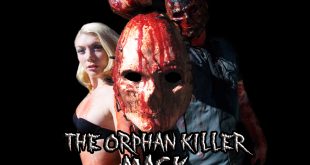 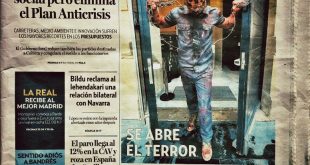