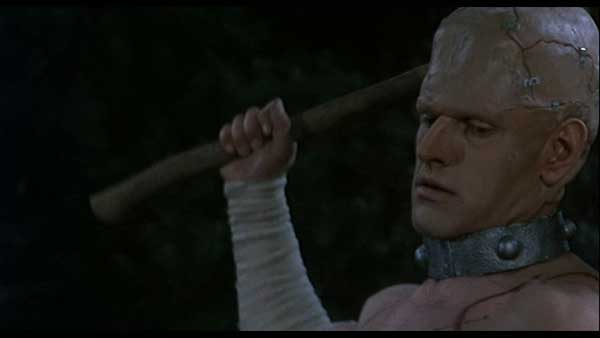 Horror of Frankenstein (1970) played by David Prowse.
In the UK, Hammer decides to reboot their Frankenstein franchise in 1970, replacing Peter Cushing’s Baron with Ralph Bates and Christopher Lee’s creature with David Prowse in Horror of Frankenstein. While Lee’s makeup was original and frightening in 1957, Prowse’s makeup is sparse, reminiscent of the monster in Jesse James meets Frankenstein’s Daughter (1966). Director Jimmy Sangster relies too heavily on Prowse’s physical presence to elicit fear. While the production values are strong, the script is weak and the monster forgettable.

Assignment Terror (1970) played by Fernando Murolo.
In Spain, Paul Naschy’s Waldermar Daninsky returns in Assignment Terror, a monster mash writen by Naschy and directed by Tulio Demicheli. Michael Rennie, as Dr. Odo Warnoff, is at the center of the fright fest featuring Dracula, the Monster, the Wolfman and the Mummy. Playing like a sci-fi laden spin on the old Universal creature features from the Forties, Assignment Terror’s monster appears very similar to the creature originated by Boris Karloff and makeup man Jack Pierce; however, he has the bushiest eye-brows this side of Frankenstein’s Castle of Freaks (1979). At least Naschy’s werewolf realizes what a snooze he is and trounces him during the finale. 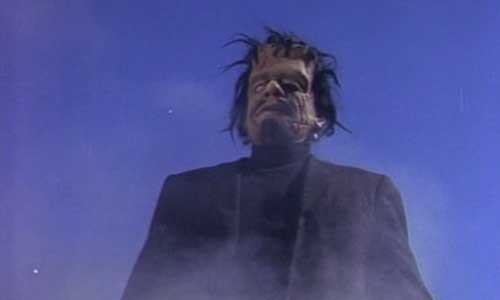 Santo y Blue Demon contra los Monstruos (1970) played by Manuel Leal.
In Mexico, the world famous wrestlers, Santo and the Blue Demon, are around to save the day and, in 1970, they do battle with a variety of movie monsters in Santo y Blue Demon contra los Monstruos. Again the monster mash features Dracula, the Monster, the Wolfman and the Mummy; this time played for laughs and light-hearted fun. The monster resembles the classic Universal look once again except this time he has a splendid, comical goatee. Never too threatening, this silly entry is easily bashed by Santo and the Blue Demon. 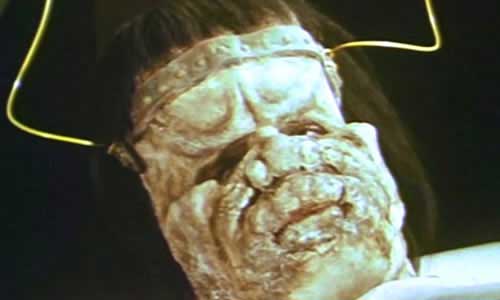 Dracula Vs Frankenstein (1971) played by John Bloom.
In the States, Frankenstein fares little better with Al Adamson’s schlock-fest Dracula vs. Frankenstein featuring Lon Chaney, Jr., J. Carrol Nash, Russ Tamblyn and Forrest J. Ackerman. Ironically Adamson’s monster, with a face that is scared and disfigured, appears more like Hammer’s makeup, or the makeup used in I Was a Teenage Frankenstein (1957), than Universal’s classic square-topped look. Lumbering around like an oaf, the beast hardly gives the audience a fright and barely gives Dracula a challenge during the finale. 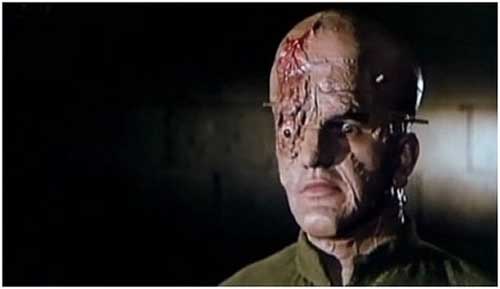 Lady Frankenstein (1972) played by Paul Whiteman.
In Italy, Mel Welles directs Joseph Cotton as Dr. Frankenstein and Rosalba Neri and his daughter, Tania Frankenstein in Lady Frankenstein Continuing with tradition after her father dies, Tania creates a hideous variation of the creature , with a large bubble-head, burns, scars and protruding metal bits.

While imaginative, Lady Frankenstein’s creation manages to come off more cartoonish than terrifying and becomes yet another cheesy entry into the on-screen mythos of Shelley’s nightmarish vision.

Dracula Contra Frankenstein (1972) played by Fernando Bilbao (Fred Harris).
In France, legendary cult director Jesus Franco tackles Frankenstein in 1972 pairing him up against Franco’s favorite onscreen monsters, the vampire, in this case Count Dracula himself in Dracula Contra Frankenstein. Overseas, the monster, with a flat head, green makeup and metal rods coming out of its neck, sizes up closer to the classic Universal monster from the Thirties and Forties played by Karloff, Chaney, Lugosi and Strange. Again, the creature is too familiar and too silly to be scary and ultimately undermines the feature. This film is also known as Dracula, Prisoner of Frankenstein and Rites of Frankenstein. 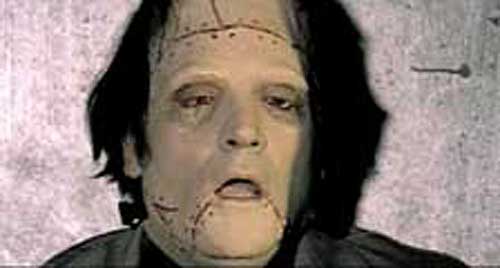 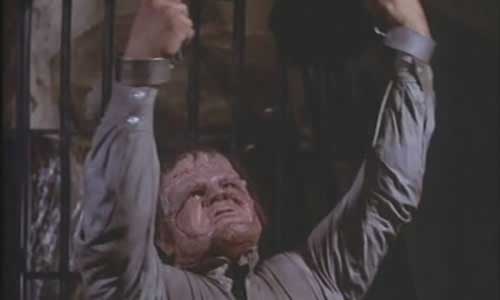 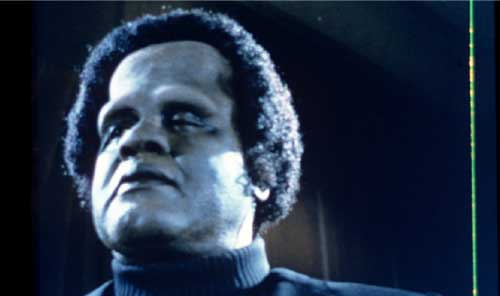 Blackenstein (1973) played by Jo De Sue.
In the States, in the early Seventies, blaxploitation was all the rage. With the success of Blacula (1972) and Scream, Blacula, Scream (1973), American International hires William A. Levey to direct a black version of the classic tale called Blackenstein. The result is shoddy and silly with the creature looking very much like the classic Universal makeup with an Afro and sports the same clothing options available to Boris back in the day. Suffering from an incompetent and derivative script Blackenstein is nowhere near as impressive an entry into the genre as Blacula. 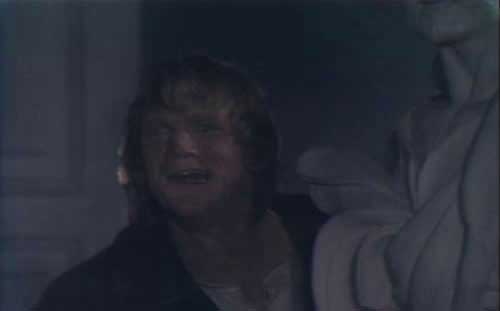 Dan Curtis’ Frankenstein (1973) played by Bo Svenson.
On US Television, legendary movie-of-the-week director Dan Curtis turns his eye to the Mary Shelley classic, as well, with Frankenstein. Curtis’ version of Frankenstein is modeled directly from the classic novel with Robert Foxworth as Doctor Frankenstein and Bo Svenson as the monster. Svenson’s creature make up is less fantastical using little more than a few scars, light makeup and a dusty Victorian costume and the script gives the monster lines of dialog throughout much of his screen time. 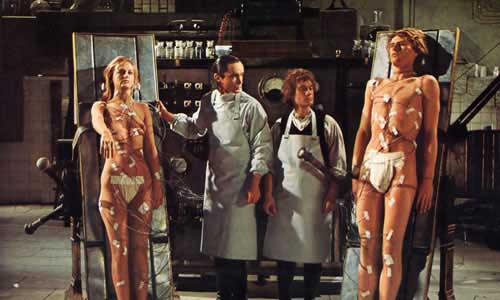 Flesh for Frankenstein (1973) played by Srdjan Zelenovic and Dalila Di Lazzaro.
In US theaters, Andy Warhol and directors Paul Morrissey and Antonio Margheriti release Flesh for Frankenstein, a more mature take on the Frankenstein legend, full of gore, nudity, and 3D. For this 1973 feature, audiences are given both a male and female monster at once and both, minus a few scars, are quite beautiful creatures instead of hideous monstrosities. Baron Frankenstein, played by Udo Keir, falls for his female creature and faces the jealous fury of his male creation. 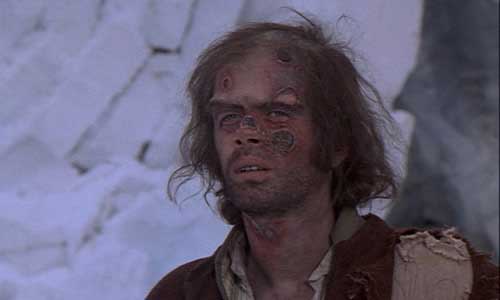 Frankenstein: The True Story (1974) played by Michael Sarrazin.
Back on US television a year later, director Jack Smight films another faithful retelling of the Shelley masterpiece, with Leonard Whiting as Dr. Frankenstein and Michael Sarrazin as the creature in Frankenstein: The True Story. In a subtle twist, the monster starts off perfect and unmarred much like Warhol’s vision, but slowly turns more gruesome and grotesque as time passes and his body rejects the operations he underwent. Along with his appearance, his mind goes as well and he attacks his maker, tearing the head off Frankenstein’s female creation before chasing the doctor across the frozen terrain. 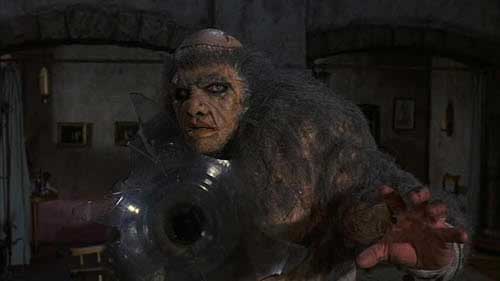 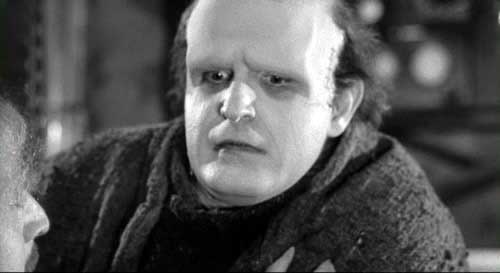 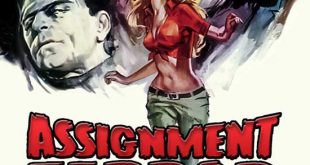 Music, Monsters, and Spies Add Up to an Assignment: Terror 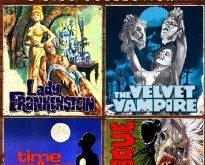 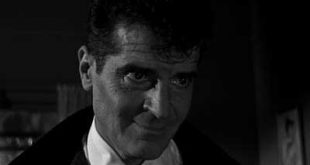