“When Doctor Frankenstein is killed by a monster he created, his daughter and his lab assistant Marshall continue his experiments. The two fall in love and attempt to transplant Marshall’s brain in to the muscular body of a retarded servant Stephen, in order to prolong the aging Marshall’s life. Meanwhile, the first monster seeks revenge on the grave robbers who sold the body parts used in its creation to Doctor Frankenstein. Soon it comes after Marshall and the doctor’s daughter.” (courtesy IMDB)

Ah, Mad Scientists, we love ’em, don’t we? The mono-maniacal world view, the handicapped assistants, the bubbling retorts, tampering in God’s domain and so forth. The Mad Scientist is a staple of the genre, and sadly he doesn’t come around much any more, except in anemic, fairly pointless exercises. I think Brent Spiner in Independence Day (1996) was the last half-decent Mad Scientist I saw, and he was mostly harmless. Bats (1999) reduced the Mad Scientist to typical post-modern irony. When asked why he tampered in God’s domain, he simply replies “Because I’m a scientist! That’s what we do!”, while the very same year Deep Blue Sea (1999) featured that rarity, the Female Mad Scientist. 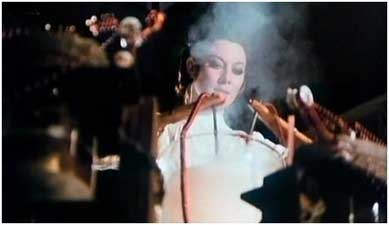 Why so rare? This is a question I’ve asked myself again and again. Against all expectations, there simply aren’t a whole lot of movies featuring Female Mad Scientists, at least not Mad in the classically accepted, hand-wringing, “I’ll show them, I’ll show them all!” sense of the word. By 1971, the Women’s Liberation movement was gathering momentum, so it was inevitable that a feminine version of the original Mad Scientist tale should surface. Lady Frankenstein (1971) promised that “Only The Monster She Made Could Satisfy Her Strange Desires!”

Some flexibility may be required when defining Female Mad Scientists. A few thousand years of cultural pressure informs us on a near-DNA level that women are to be protected, and that they are more sensitive and in-tune to life and nature’s patterns and vibrations. Overcoming stereotypes requires some actual effort on the part of the screenwriter, so it’s the uncommon filmmaker, or the canny one searching for a marketable hook, who will breach the staid walls of tradition and give us a tale of a woman messing about with the natural order of things. 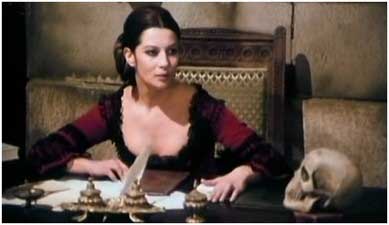 The movie does fairly well by Rosalba Neri, billed as Sara Bay, who at the height of her beauty really steals your heart, spleen, liver, and all the fun bouncy bits. Her Tania is a calculating, self-centered bitch who’s willing to drive a man to murder so she can enjoy a good-looking bonk. And who wouldn’t? She has ample opportunity to hold her own against the male forces arrayed against her, for example matching Lynch bluntness for bluntness, her icy intellectualism a strong counterpoint to his earthy vulgarity. This brief exchange helps to lend an air of ambiguity to the following events, causing us to wonder the extent to which she will use her femininity to manipulate the men around her.

After appearing in films from the misleadingly titled Too Much Johnson (1938) to Tora! Tora! Tora! (1970), actor Joseph Cotten found his career frayed a little with The Abominable Doctor Phibes (1971), The Screaming Woman (1972), Soylent Green (1973) and Airport ’77 (1977). His last film, The Survivor (1981), was notable as the first Australian production to cost one million dollars. 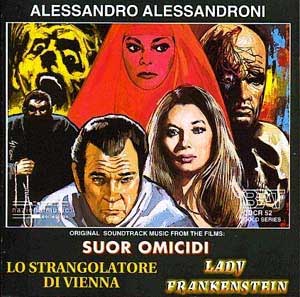 Captain Harris, played by Jayne Mansfield’s arm-candy Mickey Hargitay, is one of the more distracting things about the movie. Not only does he seem to spend all his time either annoying Lynch or the Frankensteins, his mode of investigation seems suspiciously similar to the television detective Columbo, right down to “There’s one thing I don’t understand” and “Just one more question”. He has no real bearing on the events of the movie, and advances the plot not one whit. He is The Filler That Walks Like A Man. 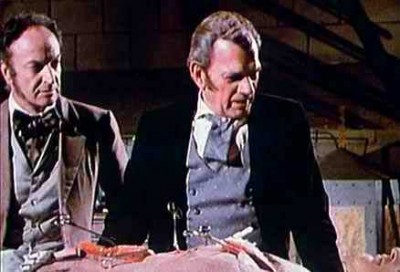 Paul Muller plays Doctor Charles Marshall. A Swiss actor, he was no stranger to the exploitation game, having appeared in I Vampiri (1959) and numerous Jes Franco films like Count Dracula (1970), A Virgin Among The Living Dead (1973) and Lesbian Vampires (1971) – I’ll give you two guesses what that one’s about. 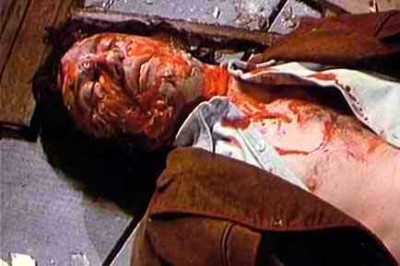 The most interesting name behind the camera was the director himself, Mel Welles, who by that time had already spent over decade working with the king of the B-movies, the great Roger Corman. Remember the manager with the outrageous accent in The Little Shop Of Horrors (1960)? That’s Mel. As usual, everything in the known universe seems to lead back to Roger Corman. Mel’s last film, Raising Dead (2002) had exactly the opposite effect, and he passed away in 2005.

The plot is paced quickly enough that we rarely notice its jagged edges don’t quite fit together. Tania’s notion of creating a monster to not only vindicate her father’s theories but also to clean up his mess makes for a nice twist on an old story. If the monster is rather too obviously composed of mortician’s wax, a glass eye and rubber gloves, it’s at least a novel concept for the Frankenstein Monster. And I should mention the suspiciously modern-looking hats the men wear and their amazingly fake sideburns. Nothing says ‘Nineteenth Century’ like strange facial hair and obvious spirit gum.

At least nice touches abound in the production design, such as a nifty display case in the laboratory containing all the body parts, and since he lacks one of those ultra-bright surgical lights with a dazzling reflector, the Baron makes do with a large mirror fronted by a row of kerosene lamps. Although this does raise the question, if Frankenstein is relying upon lanterns and torches for illumination, what’s powering the Jacobs Ladders and other sparking equipment? Let’s find out, in the absolutely shocking conclusion of Lady Frankenstein.

Allegedly conceived and executed as a valentine to actress Rosalba Neri by a smitten producer, Lady Frankenstein hangs together remarkably well, especially considering it probably never had a finished script. Whenever the filmmakers seem to be at a loss as to how the story should proceed, the monster either stumbles into somebody else to kill, or Captain Harris makes another appearance at the Frankenstein house. Too much occurs by happenstance in the final act, like the villagers suddenly growing a collective brain and Marshall’s sudden and totally unsubstantiated intuitive leap about Tania’s motives during the final scene. 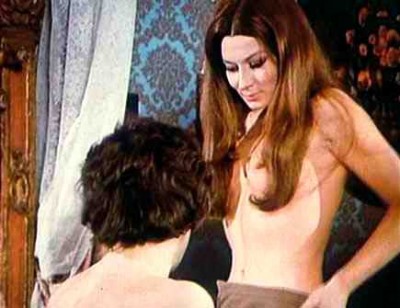 The scene in which she wickedly seduces the child-like Thomas was, for me, the high point of the film. Teasingly undressing in front of me…him…I mean him…whew! Her lap dance while a tortured Charles watches from behind a curtain. And then Charles sneaks up and suffocates Thomas with a pillow. It’s just like that scene with Scott and Sharlene from Neighbours that got cut out before it was broadcast. Tania climaxing as Thomas dies, sensuously biting her hand to stifle her own cries of pleasure. Evil never looked quite so sexy, and – ahem – I think I’ll leave you with that image in mind until next week’s exciting installment of…Horror News! Toodles!