In 1897, Archibald Constible & Co. first published Bram Stoker’s epistolary horror novel, Dracula, and introduced the literary world to the vampire Count: a legend was born. When the motion picture business matured, the story became fodder for film adaptation, first with F.W. Murnau’s Nosferatu (1922), where the names were changed to avoid copyright, and then with Todd Browning’s Dracula (1931). The following decades would see many adaptations of the terror classic. Some of the more successful include Hammer Film’s Horror of Dracula (1958), John Badham’s Dracula (1979) and Francis Ford Coppela’s Bram Stoker’s Dracula (1992). These films gave birth to horror icons and popular incarnations of the toothy count: Bela Lugosi, Christopher Lee, Frank Langella and Gary Oldman. Not every attempt to film Count Dracula met with the same success; there have been many pretenders to the throne. 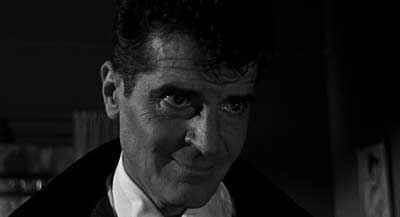 The same year Hammer Film’s introduced Christopher Lee as Count Dracula in Horror of Dracula (1958), United Artists released The Return of Dracula (1958) with Francis Lederer in the title role. In the film, Dracula comes to California and invades a small-town family, posing as their long estranged cousin, Bellac Gordal. Lederer’s Dracula is one of the first contemporary attempts as vampire folklore. It is also the first time the vampire is able to turn into a wolf. Shot in black and white, The Return of Dracula also has the surprise insert of color as blood runs red from the wound of an impaled vampire bride, a trick William Castle would perform more famously a few years later in The Tingler (1959) staring Vincent Price. 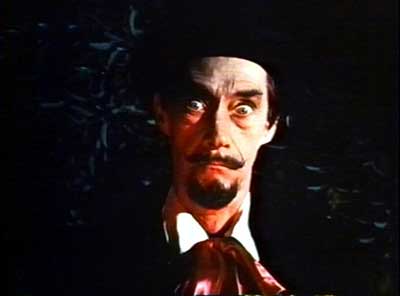 John Carradine would portray Count Dracula, or similar vampires, numerous times and for numerous studios. He started playing the Count for Universal in the House of Frankenstein (1944). Two decades later, he would take an infamous turn at the myth with William Beaudine’s Billy the Kid vs. Dracula (1966). In the old west, Carradine’s Count Dracula makes a play for Billy the Kid’s fiancée, Elizabeth Bently. In this weird west tale, Billy the Kid turns hero and saves his girl from the clutches of the vampire king. Billy the Kids vs. Dracula is a bizarre mess of a movie and sinks Dracula to a sad low. The film was often double-billed with Jesse James Meets Frankenstein’s Daughter.

Japan takes a stab at the count with Lake of Dracula (1971) casting Mori Kishida as Dracula, or at least some confusing descendent of the vampire legend. This Count is suitably more feral given the decade it was created, but the European lore mixed with modern Japan doesn’t always work. This film is the second in Director Michiro Yamaoto’s vampire trilogy, the other two being Vampire Doll (1970) and Evil of Dracula (1974). 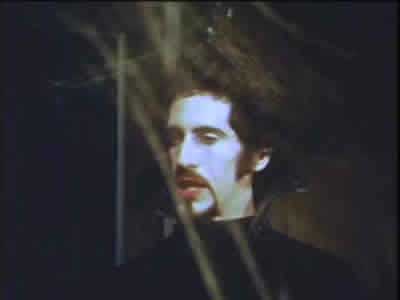 That same year, in Al Adamson’s camp-fest Dracula vs. Frankenstein (1971), Zandor Vorkov takes a silly and lazy turn as Count Dracula. In modern California, Dracula arrives at the home of Doctor Frankenstein and offers to revive the infamous Monster in exchange for a serum that will grant him immortality. His plans to achieve immortality fail miserably when he must battle the revived Frankenstein Monster and survive the rising sun. Adamson’s and Vorkov’s Dracula is a cheap, cartoonish knock-off of the popular incarnations of Dracula from the corner drug store and Halloween marketing. His costume is fake and unrealistic and his face is garishly painted white with purple eye-shadow and bright red lips. His voice is given an echoed makeover throughout the entire picture. Somehow, it remains entertaining none-the-less, if for all the wrong reasons. 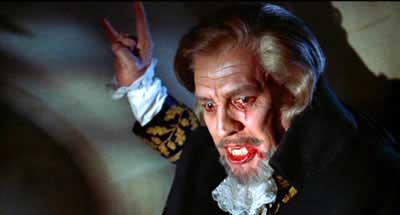 Blackploitation introduces Blacula to the vampire mythos a year later with Blacula (1972). In the prologue to the main story, William Marshall’s Prince Mamuwalde encounters Count Dracula under rather diplomatic settings, requesting his assistance in battling rampant the slave trade troubling his people; however, the vampire refuses his requests and reveals his true intentions and allegiances. Charles Macaulay’s enraged Dracula curses the Prince, turning him into a vampire, and imprisons him in a coffin for over 200 years. The Count Dracula in Blacula is not the suave supernatural hunter of the night as in many other films, but a regal diplomat, apparently known (although not as a vampire) throughout the world. 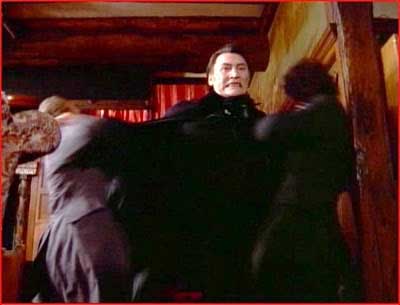 Richard Matheson adapts the classic tale for the television film Dan Curtis’ Dracula (1973) with Jack Palance cast as Count Dracula. Curtis and Matheson infuse a lot of Dark Shadows nonsense into the standard plotline, bringing in a resurrection subplot, having Lucy be a spiritual descendent of his long lost love, and upping the romantic elements. Even so, Palance strikes a strong and menacing king of the vampires, imposing and domineering. And, perhaps because of the typical Curtis additions to the script, Palance is also able to bring a larger range of emotions to Count Dracula. Falling short of becoming anything close to classic, Dan Curtis’ Dracula is still an excellent addition to the Dracula stable of incarnations.

When Hammer Film returned to their Dracula series after The Satanic Rites of Dracula (1973) with The Legend of the Seven Golden Vampires (1974), Christopher Lee was no longer interested in playing the Count ever again. Hammer Films, this time teaming up with Shaw Brothers Studio, moved ahead with the production casting John Forbes-Robertson as Count Dracula. In the story, Count Dracula makes his way to China to assist and guide the Seven Golden Vampires when one of their own falls to the local villagers. Thankfully, for most of the film, Dracula takes the form of a mad Taoist monk as John Forbes-Robertson strikes a wooden and laughable vampire Count. The overdone makeup and out-of-date, trite costuming is noticeably out of place alongside the more interesting Golden Vampires, even when facing the monk messenger in his own castle at the beginning of the picture. Once he faces Peter Cushing’s Van Helsing during the climax, Forbes-Robertson has no hopes in holding his own opposite the horror icon and illustrates just how much Christopher Lee brought to the role he originated. 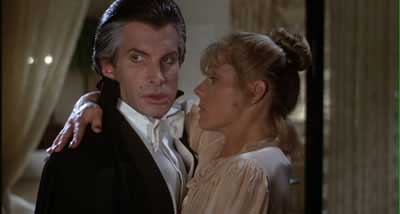 The same year Frank Langella transferred his star-making Broadway role as Dracula from stage to screen, George Hamilton starred in a spectacular spoof of the Count and the horror genre in Stan Dragoti’s Love at First Bite (1979). Dressed in familiar Victorian costume that has grown tiresome and silly in recent vampire flicks, Hamilton exposes it as brilliant satire when cast against a modern skyline. He also brings an ample amount of charm to the character which helps transform him into the protagonist of the story. This film is responsible, along with the releases of Langella’s Dracula (1979) and Nosferatu, the Vampire (1979) all the same year, in keeping the Dracula legend from making many notable theatrical appearances for the next decade.

Cinema wouldn’t see too much of the Count until the Nineties, much in thanks to the release of Francis Ford Coppela’s Bram Stoker’s Dracula (1992). After which, Dracula would appear in picture after picture. Most of these film would be unremarkable and cookie cutter copy cats, none of which making any particular memorable impact. Count Dracula is ripe to make a comeback and, in the right hands, could make a lasting impression once again.

Tags Billy the Kid vs. Dracula Blacula Dracula vs Frankenstein Legend of the Seven Golden Vampires Love at First Bite The Return of Dracula 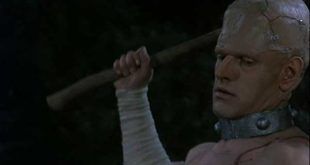 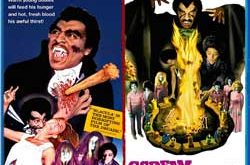 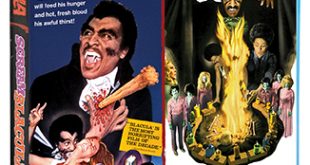