Time to get an early peak at some up and coming films to debut. We’ve been sent over a listing and wanted highlight the horror titles for you all!

Some Guy Who Kills People
From Executive Producer John Landis, who brought us such films as American Werewolf in London and Blues Brothers brings us a very unique horror comedy. Some Guy Who Kills People is about Ken Boyd, a lonely man fresh out of the loony bin, who sets out to kill those he deems responsible for his miserable life. Director Perez contrasts violent gore with light-hearted family moments that makes for a very unique comedy that you aren’t likely to get anywhere else.

Karate Robo Zabogar
PART MOTORCYCLE, PART KARATE EXPERT, ALL ROBOT! WHEN THE SAFETY OF THE WORLD IS AT STAKE, ZABORGAR WILL SAVE THE DAY!

From director Noboru Iguchi, creator of the international hits THE MACHINE GIRL and ROBO-GEISHA, comes a hilariously over-the-top tribute to the transforming robots of 1970’s Japanese television, and an exciting action/comedy that will stir the heart of anyone who longs for justice dispensed at the short end of a swift robot karate kick!

Sennentuntschi: Curse of The Alps
The North American Premiere of the critically acclaimed thriller from Switzerland.

An Alpine legend tells the story of three lonely herdsmen who were so starved of female companionship they built the girl of their dreams from a broom, some straw and a few rags. Then the Devil took pity and made Sennentuntschi live and breathe. This fable informs the first ever shocker from Switzerland, a complex and twisted tale of past crimes, tragic love, ghostly encounters, horrendous murder, unexplained suicide and sexual enslavement. Continually surprising, brilliantly directed and superbly acted, this unusual and beguiling mystery chiller finally puts Switzerland on the genre map.

Marianne
Marianne has been described by reviewers as one of the great discoveries in genre cinema this year!

Marianne focuses on the mental state of Krister, a man who is left to raise a newborn baby whilst coping with a teenage daughter who blames him for the recent death of his wife. In the midst of his psychological turmoil, Krister suffers from terrible nightmares and becomes convinced that his troubles may be the work of a Mare that is haunting him.

Festival Passes now on Sale
Festival Passes are now for sale! The festival passes will only be limited to a 100 passes. The pass includes free admission to all the screenings (Sept. 16-24), and after parties. Festival passes are sold on a first come first serve basis until all are gone! Having a pass guarantees you into any and all films for the festival, if there is a line, pass holders get to the front, they are let in the theater first, but you must arrive 15 min before the start of the film to guarantee seating. Its like VIP Treatment for the moviegoer.

The festival passes are valued at $150, but we are selling them for less than half the price! We do expect these to sell out very fast. Pass holders will be able to pick up their passes in person anytime during the festival at The Screening Room(127 E. Congress) box office after September 15th. 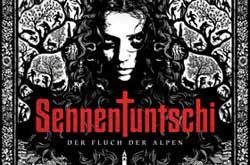 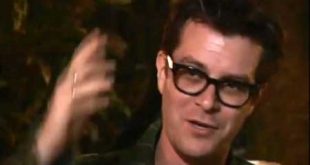 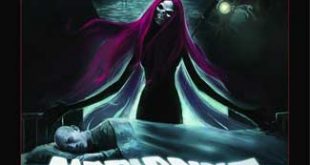 Prepare to be Terrified by ‘MARIANNE’ 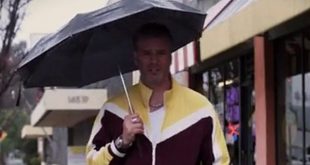