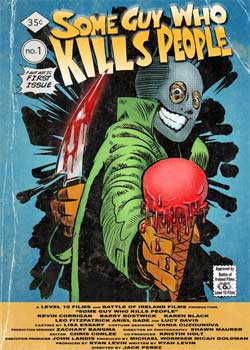 Some Guy Who Kills People is about Ken Boyd, a lonely man fresh out of the loony bin, who sets out to kill those he deems responsible for his miserable life.

There are numerous positives to placing movies into separate genres that mark it as a necessity. It’s a system that helps us to find particular movies faster, allows studios to market a new movie to the right audience and how else would we justify thousands of awards shows without it? However, it’s not a perfect system. Certain genre labels belie the depth or tone that some movies may contain, often movies defy placement into specific genres by blending aspects from several styles. “Some Guy Who Kills People” is one that blends styles yet refuses to be defined by anyone in particular. Not exactly horror, not quiet comedy and even a little romance but not enough to pigeon hole it, this movie manages to rise above and settles into its own place.

Ken Boyd is trying to put his life back together after a traumatic high school event followed by a stint in a mental hospital. Played by a prolific “that guy” actor Kevin Corrigan with a decidedly Ruffalo tenor, Ken Boyd comes across as a shy and disturbed man who retains the vulnerability of someone still trying to do his best when the greatest obstacles are inside him. As he attempts to create a normal life for himself the kids who traumatized him start turning up murdered. To make matters worse, the sheriff who’s closing in on the killer is dating Ken’s mom. Further than that, his daughter discovers her mother’s lies about him and seeks him out to reestablish a relationship between them. As an outgoing eleven year old tries to draw out her reticent dad and Ken must find out if he can deal with his haunting past and still have the strength to be a good father.

Right from the start “Some Guy Who Kills People” displays a great sense of humor and welcomes the audience into the lives of these flawed but enjoyable characters. Just when you think that the charm may be wearing off Karen Black as Ruth enters with a dead pan sarcasm that hits true for a loving mother living with a mentally troubled, single, thirty-something son that doesn’t have a relationship with his own daughter and works at an ice cream parlor. Add in a talkative, precocious daughter, and a competent yet light hearted sheriff played by Barry Bostwick, whom you might recognize from “The Rocky Horror Picture Show” or “Spin City”, plus a good mention for Lucy Davis of “Shaun of the Dead” fame as Ken’s sadly underdeveloped love interest, and you have an engaging and well balanced cast of characters. Watching these personalities confront to see what they bring out of each other in turn is perhaps the greatest strength that carries the movie. 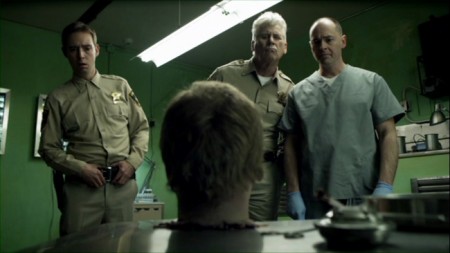 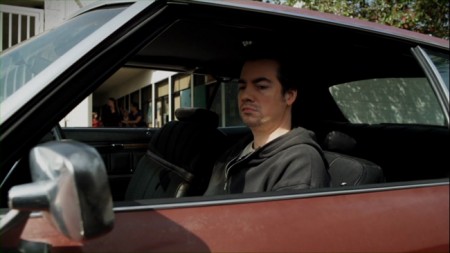 The first half does have an inconsistent pacing that errs on the slow side. The pace is only bolstered by the bursts of great performances, well written dialogue and humor throughout. The story unfolds well into the lives of the characters, but slowly dwindles and crumbles into a predictable and lack luster ending that feels more of a copout than a satisfying journey. Despite its weaknesses this is a worthwhile movie that its relatable and quirky characters make its offenses forgivable ones. 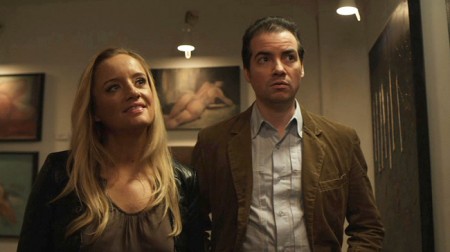 Initially the name made me a little wary as the horror genre doesn’t always come up with the greatest of monikers. Often times a name may have almost nothing to do with what the movie is about, much to the detriment of the story, and becomes a disappointing mislead. “Some Guy Who Kills People” doesn’t exactly roll off the tongue well and only vaguely hints at the movie’s content and is likely a driving factor in this being considered to belong in the horror genre. There may not be many thrills or scares and the tension level is low but this time the movie with the silly name wins out.