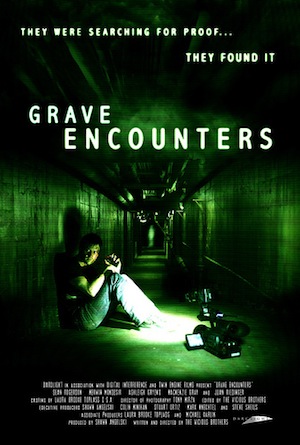 How did you come up with the concept for Grave Encounters?

Stuart: We had been searching for a low budget script idea and one day we were watching episodes of Ghost Adventures and Paranormal State on YouTube and we both just looked at each other and said “Why don’t we just do this?!”.

Colin: It just seemed like a no brainer. It was the absolute perfect vehicle for making a found footage film. The whole appeal behind these ghost hunting shows is that you want to see something….but I think most of the time people are let down because they never do. We wanted to make the ultimate “ghost hunting show gone wrong” where you definitely DO see something.

Is the Collingwood Psychiatric Hospital a real place?

Colin: No, it is fictional. However, the location we used is a real abandoned mental institution.

Stuart: And the history presented in the film is based on truth. The place really was built at the turn of the century and they did lobotomies and other early experimental procedures there on real people.

How long did it take to film this movie?

Did you actually film the night vision shots in the pitch black?

Did you work with any real paranormal investigators for research material?

Stuart: We read books. Watched a lot of tv and read a lot on the net.

The film style of your movie was made popular by Blair Witch Project and again more recently with Paranormal Activity. In the filmmaking process, do you consciously try to be different or try to be the same as those two movies?

Stuart: I think the main thing we tried to do differently was be less subtle then either of those films…

Colin: We wanted to make a found footage film that had a lot of big jolts and shocks in it. We wanted to SEE the demon, not just see it close doors or move bedsheets but actually see it run at you! Being another found footage style film you are always going to be compared to bwp and pa. It is what it is.

Stuart: Yeah, that comparison is fine by me. Both those movies made a lot of money!

Watch the Trailer for “Grave Encounters”

Do you have a favorite scene from Grave Encounters?

Stuart: The Psychic’s grand entrance to the hospital and the sh*tty car he arrives in. (The car belonged to our AD, Michael Bendner)

Colin: When Lance has a tasty treat in the tunnel.

During the filming of the movie, did anything legitimately creepy happen?

Colin: A crew member swears he was pushed down a flight of stares. I think he was drunk on the job. No but seriously. It’s found footage. The footage is 100% real. We found it. It’s real scary.

How can our Horrornews.net fans see Grave Encounters?

Colin: On demand starting aug 25 nationwide or check our eventful.com/graveencounters for theatrical dates. Demand it!!!

Colin: Yes. Ghosts exist and we have proof. The film is proof. Undeniable proof. 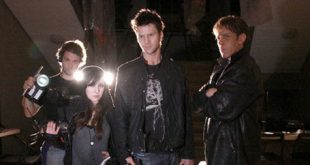