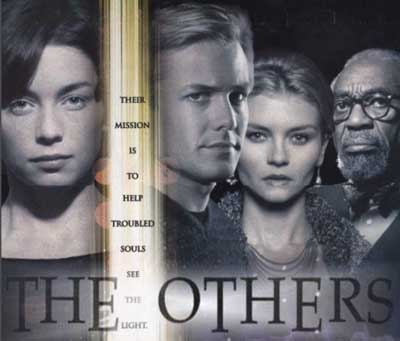 Veteran screenwriters John Brancato and Michael Ferris created this X-Files-esque supernatural thriller series about a group of psychics who help the haunted and the doomed. Each of the group has their own metaphysical strengths: Warren (Kevin J. O’Connor) is a high-strung psychic, Mark (Gabriel Macht) is a med student with an innate empathy for suffering, Satori (Melissa) uses trendy occult imagery to connect to the supernatural, and Albert (John Aylward) is both grumpy and blind with a heightened sixth sense. The pilot opens with university student Marian (Julianne Nicholson) freaking out over visions of her dorm room’s dead former resident. She is invited to sit with the “others” along with Elmer Greentree (Bill Cobbs), a sage-like medium who has the ability to see the afterlife. Soon Marian joins the group and starts ghost-busting.

The Others is one of those lost gems of a series that had a short run of 13 episodes during the Feb to June of 2000 season. Still to this day it remains largely unavailable without a DVD release or a network re-run. Like many of this sort it fell under the gun due to network ratings. Though many believe if it was given the air to breathe and develop like fan favorites “Supernatural” it would have went on to great response and extended seasons.

Want to recap on “The Others” episodes-  Check out our listing

The series centers around a recent college student named Marian Kitt (Julianne Nicholson) who besides dealing with a busy school schedule and and a rather “lack of relationships” in her life is haunted and approached by elements of the other side. This power she possesses attracts Professor Miles Ballard (John Billingsley) who is also a student to the metaphysical realm. He invites her to his group “The Others” which is comprised of various mediums and physics each with their own special connection to the other side. Over the course of the series we get more insight into the characters and how they all sort of fit into this psychic framework.The characters of “The Others” are listed here 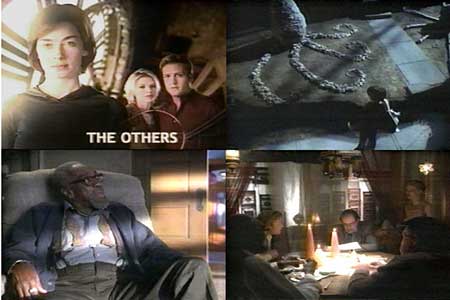 With a weekly meeting they come together to discuss latest developments or contacts they have been approached with from the spiritual realm. This turns out to be a mix of varied episodes that range from heart-warming to down-right scary. In some cases it’s ghosts from beyond, lost loved ones or warning signs. In other it’s a literal battle or confrontation with rouge spirits and demons. It goes without saying that a few of the episodes provided some of TV’s top scariest moments. Though, those moments may be lost at the moment.

The series succeeds with a pretty decent amount of visual effects which reinforced the eerie ness of it at times. Each of the mediums is also dealing with their abilities and how it affects them in their own lives. This at times turns out to be threatening or troublesome in their ability to lead a normal existence.  Marian Kitt who never asked for any of this turns out to actually be one of the more powerful of the group largely rejecting her own abilities. This rejection has her often attempting to dismiss the group and any association, though as they say, the abyss look s into you which prompts a need to revisit her connections and cal upon the group.

As the season progressed, we saw a gradual change from the group helping others issues into helping there own issues. Some of this ranged more on the dramatic side pulling the series away from the its more scarier confrontations. An attempt at a love interest seemed to be pulled away almost as fast as it was delivered. As the season winded down into its last few episodes it became more apparent that a powerful evil force was moving in on them gaining ground and getting what it needed by simply asking them “what they want”. This created a subplot that is noted below. 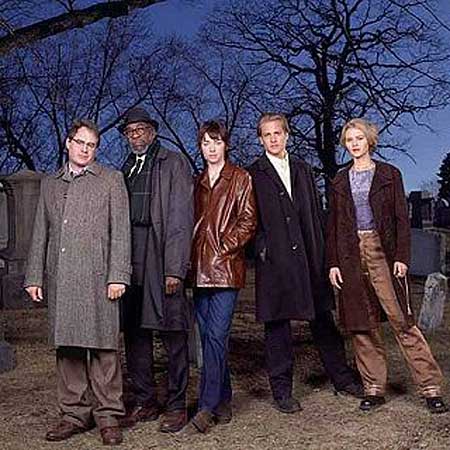 The TV show aired on NBC but was canceled too soon leaving alot of empty holes in the story. It appealed to a earlier x-files fans with its similar nature of “Freak of the week” approach. From fans of the series, it was reported that the episodes were a little out of order also drawing in confusion from normal viewers, This was documented on Wikipedia as follows:

The sixth episode “Luciferous” should have been the second episode as it deals with Marian’s decision to join the group. The 12th episode “Life Is for the Living” should clearly have been the last one, as it is the end of the story (all of the main characters are apparently killed), a story which is oddly unresolved in the 13th episode. It is believed that episode 13 was delayed and should have been broadcast several episodes earlier. 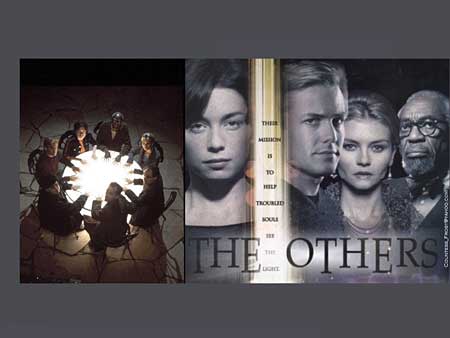 To this day, “The Others” which was overshadowed by the Nicole Kidman film of the same name, has yet to see a proper release. It was indeed one of the better paranormal / horror series to debut in TV history but was canceled due to ratings and a lack of viewer numbers. This was blamed primarily on its late showing which ran Thurs at 10 pm. Which many never tuned into because of. 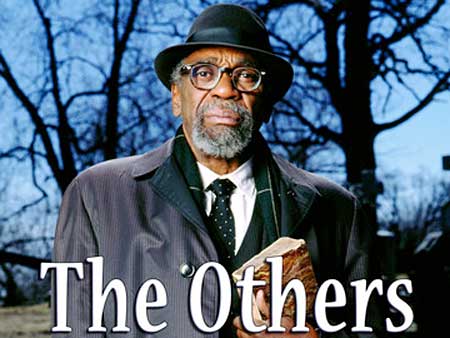 Chiller TV ran the series for a bit in 2009, but no word has arised since. The filming took place in Vancouver, British Columbia, Canada a popular spot for TV shows at the time. Their is little in the way of information on this great series with its episodes lost in TV past. The shows were aired before the DVD wave and are still traded as recorded VHS copies transformed digital. The copies that circulate are of low quality but generally still watchable. Even if the show never finalized due to being cut short it still would benefit viewers with an appropriate DVD release. For now, we’ll have to wait and see.