The Doctor had to run out for spare parts…yours maybe! So once again we are joined by the company of horror aficionado Scott Essman who has the goods on Makeup Artist Jack Piere.

“I don’t use masks or any appliances whatsoever,” proclaimed Jack Pierce about the development of his famous monster characters. The one exception to Pierce’s rule occurred with his striking initial realization of The Wolf Man in 1941. “The only appliances I used was the nose that looks like a wolf[‘s nose]. There you either put on a rubber nose or model the nose every day, which would have taken too long.” 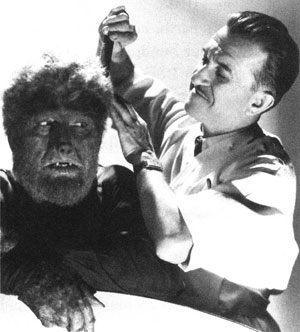 The idea of Jack Pierce re-creating a wolf character from scratch every day of principal photography may seem daunting, but — as with the Frankenstein Monster and the Mummy before — Pierce prided himself on doing things from the bottom up with each new makeup application. When Lon Chaney, Jr. was cast as the title character in George Waggner’s film, Pierce resurrected the conception of a man-wolf that he had originally conceived for Boris Karloff in the early 1930s. Though Henry Hull became Pierce’s Werewolf of London in 1935, that was a scaled down version of the makeup intended for Karloff in the same role. 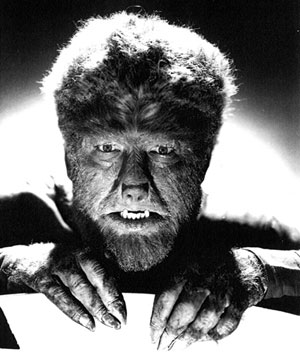 For the Waggner film, slated as a B-picture by the Universal brass, Pierce and special effects supervisor John P. Fulton knew that they had an opportunity to create a unique project that would harken back to the old Laemmle years at the studio. In Chaney, they had the hulking physical actor who could be used to realize their ideas. The Wolf Man appeared in two key “transformation” scenes—which would became the hallmark of the character—and in several momentous chase scenes, including the final climax in the forest. “It took 2 1/2 hours to apply this makeup,” Pierce said, indicating the head, chest piece and hands. “I put all of the hair on a little row at a time. After the hair is on, you curl it, then singe it, burn it, to look like an animal that’s been out in the woods. It had to be done every morning.” As a result of Pierce’s methods, audiences were treated to the perfectionism in The Wolf Man. 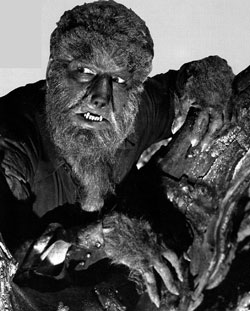 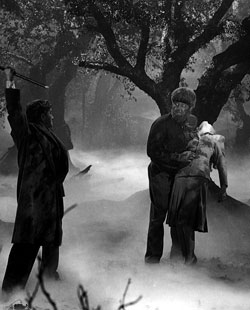 Pierce went on to create the Wolf Man character in succeeding sequels, including Frankenstein Meets the Wolf Man (1943), and both House of Frankenstein (1944) and House of Dracula (1945). The latter, originally titled “The Wolf Man’s Cure” featured an end to the cycle of appearances by the Wolf Man in Universal films, but the character would inexplicably re-appear in Abbott and Costello Meet Frankenstein three years later. By that point, Bud Westmore was supervising makeup artists Jack Kevan (the Frankenstein Monster) and Emile LaVigne (the Wolf Man) in their execution of Jack Pierce’s original designs. 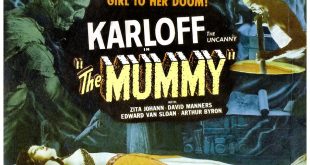