Graham C. Schofield is not a chap to f*ck with. He can slice, skin, stab, and scalp you with the greatest of ease. Oh yeah, and he does gore FX too. Special makeup FX artist, creature creator, and founder of Bloodlust Unlimited FX, if you’re looking for shocking on a shoestring GCS can pull it off. Let’s pick the brain of a madman, and get soaked in sanguine as we kick it with Graham C. Schofield . . . 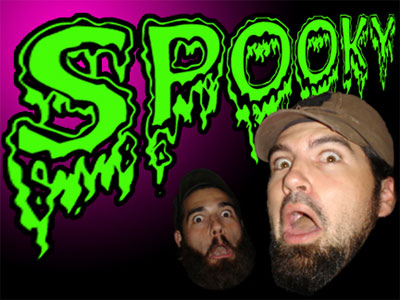 Tell us a little about what you do.

How many different mixtures of blood do you have in that sick mind of yours? 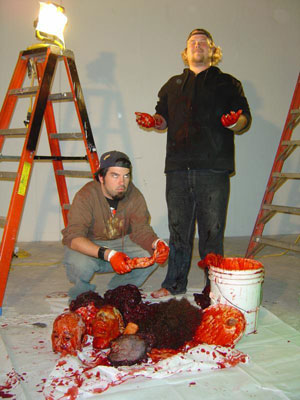 Everyone knows the FX guys are the craziest dudes on the film set. What kind of vibe do you give off to the rest of the film crew?

I’d say we get to be the rock stars because were weird, gross, and bloody and love it! People put down plastic when I walk in and mop up when I leave. 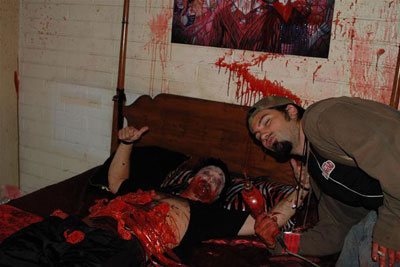 I once cut a baby out of a pregnant belly. Wait, you said girliest right?

What gorefest horror film inspires you most?

What are some of the projects you’re most proud of, and what can we expect from you in the future? 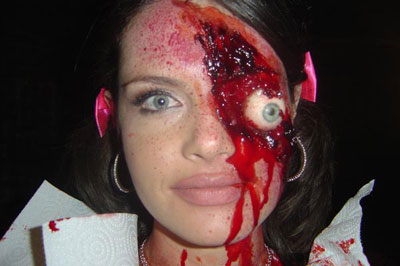 How do you feel about titties, and what is the importance of titties in the Horror genre?

I think they are detrimental to film in general.

Number 2 because of the quote “Freddy owns me”. 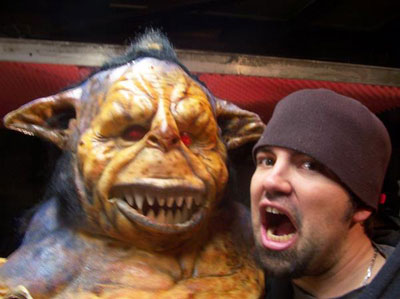 Tell us about Little Fucker?

A bad 90s creature/stoner/buddy flick made earlier this year. Look for my cameo.

Awe, agent Rots you think you dissect me with this blunt little tool…

Is it true that on the film Lil *ucker you had to make a penis for the creature on the spot using food from the Kraft services table?

Yes but we decided on using my actual c**k right after.

Tell us a funny story about a film you’ve done.

I saw a fat ass skin tag of a man jerk off for an hour in the woods…wait funny or romantic. 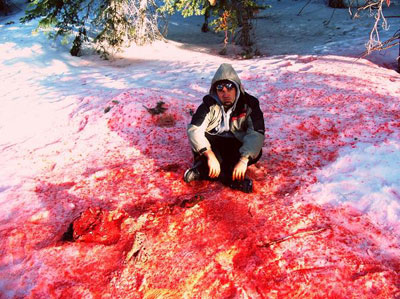 What FX artist influenced you most?

Is it true that your brother f*cked a fish?

What the f*ck do you care? 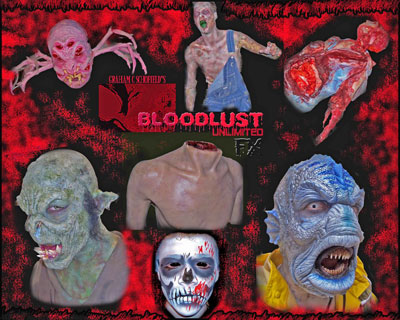 Who would win in a no holds barred fight to the death Ronnie James Dio or King Diamond?

I’d be more worried about them hitting a harmony and destroying the world. 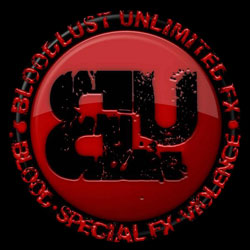 There you go fellow freaks, GCS master of the blood bath. Check his sh*t out at www.myspace.com/bloodlustunlimited. Talk to you horror hogs next time, and remember, Graham’s right, I don’t give a f*ck.