From the Nightshift: Greg Lamberson on ‘Slime City Massacre’

The Insomniac was able to hunt down and tie down Greg Lamberson for a few minutes to have a little chat. Greg Lamberson is the director/writer of the cult horror movies “Slime City”, Undying Love (New York Vampire), Naked Fear and the writer of such horrorifying tales of fiction “Johnny Gruesome”, “Personal Demons” and nonfiction “Cheap Scares”.

What drew you to doing a sequel to Slime City after all this time?

Back when we made the first one, my foreign distributor wanted to make a sequel for the same budget as the original and I said, “Forget it!” I wanted to make Johnny Gruesome, and there was no creative reason for a Slime City sequel. More than two decades later, I still haven’t made Johnny Gruesome, although it’s a Bram Stoker Award nominated novel, a rock CD, and a music video starring Misty Mundae. 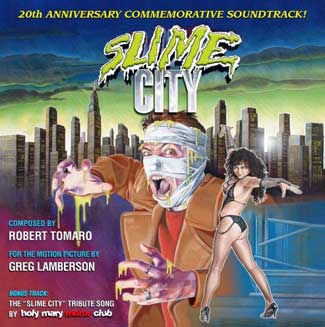 I haven’t made a film since NAKED FEAR, in 1999, and we shot most of that in ’95. I’m quite happy writing novels, where I don’t have to worry about budgets. PERSONAL DEMONS, which will be reprinted as a mass market paperback in October, is by far the project I’m most proud of. But when you get the filmmaking bug, it never really leaves your system. I moved to Buffalo believing that novels were my future; to a degree, I still do. But I feel like I have unfinished business as a filmmaker: I’ve been doing this since 1984, and I’ve learned a lot – mostly from my own mistakes – and want to make one really good movie. 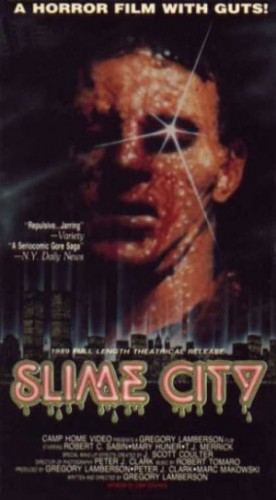 What made this a story you wanted to tell?

Slime City has developed a real cult following. A week doesn’t go by when someone doesn’t e-mail me about it. It’s a flawed film, to be sure – I was 21 when I directed it! – but we must have done something right, because a lot of horror fans are fond of it. It continues to be discovered. It played as a midnight movie in NYC in 1988, and was released on VHS in ’89, re-released in ’99, and then released on DVD in 2005, which is really when new fans discovered it. And now it’s being re-released this July as Greg Lamberson’s Slime City Grindhouse Collection, with my other two features, Undying Love (first time on DVD) and Naked Fear, as well as the Johnny Gruesome short and a bunch of documentaries. So I’m very pleased that even though I haven’t had a successful filmmaking career, there are people out there who respond to my work.

I started thinking about a sequel for a number of reasons. First, I was supposed to direct a film a few years ago called PRISON OF THE PSYCHOTIC DAMNED. I dropped out, but I loved the location: the abandoned Central Terminal Station in Buffalo. I thought, if I ever do a Slime City sequel, I could shoot the whole thing right here! Second, when I shot Gruesome, actress Jennifer Bihl reminded me a lot of Slime City star Mary Huner, and I thought, “If I ever do Slime City: The Next Generation, she’d be perfect in the lead!” And third, last year was the film’s 20th anniversary, and I did several screenings at film festivals and conventions with the stars, Robert Sabin, Mary, and Tom Merrick. After I told Robert and Mary about my story ideas at the Beloit International Film Festival a little more than a year ago, I came home and wrote the screenplay.

But in this economic environment, I never could have raised the money to do this on my own. John Maclay, a respected horror writer and publisher, signed on as executive producer immediately. My good friend, Tommy Sweeney, committed without me asking. And Marc Makowski produced my previous films, so it’s only fitting that he do this one as well. Fifteen years ago he called himself Sancho Panza to my Don Quixote, and we’re still battling windmills. 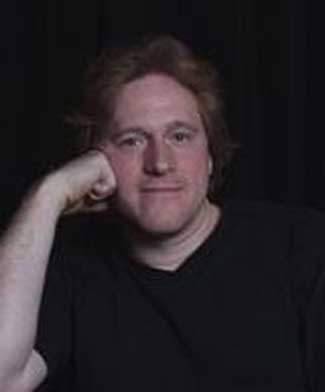 The original was set in NYC why film the sequel in Buffalo?

Because I live here now, and the rust belt is the perfect location for a post apocalyptic setting, which this story features. In New York City, I would have a hard time finding and obtaining the ruins that are readily available in Buffalo. So this city’s misfortune is my fortune—true exploitation filmmaking! But the story’s still set in the Apple.

You have a history of working with the same people, will we see some familiar faces in SCM?

Oh, yeah, that’s part of the fun. From Slime City, Robert Sabin and Tom Merrick will be playing new roles – it’s easy, since we’re all so much older – and Mary Bogle and Dick Biel will be reprising their original roles. And Tommy Sweeney, who starred in Undying Love and co-starred in Naked Fear, has a role, as does Eric Mache, who was killed in Naked Fear and has done a lot of my posters.

You have some other ‘horror stars’ attached, don’t you?

Yes, I wrote a role for Debbie Rochon, and I’m psyched that she’s agreed to do it. It’s a large role, and the role that I believe horror fans will be talking about after the credits roll. I also wrote a role for Lee Perkins, whom I know from the film festival circuit, but I decided to cast him in a larger role; he and Debbie play two of the four characters who get possessed this time around. Kealan Patrick Burke, a respected horror author, plays the male lead, and Sephera Giron, who writes both horror and erotica, has a fun role. I’ve been working closely on this with Brooke Lewis, a rising scream queen and producer, and she’ll be playing Nicole, one of the key characters in the flashback scenes. Angelina Leigh, a Playboy model who’s been doing a lot of acting lately, has a part, too. I’ve written some very strong female roles this time, which I’m happy about. Also, Roy Frumkes has a pivotal role. 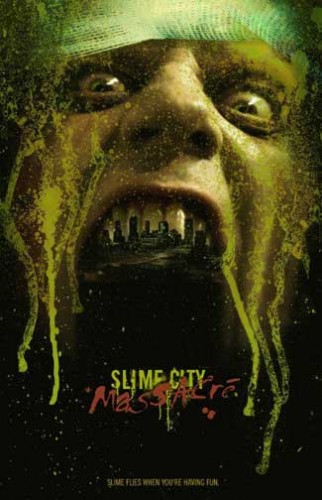 Are you working with any local talent?

Jennifer Bihl is my lead. She appeared in Gruesome and has acted in a lot of local productions, and I think she’s ready for something bigger—which isn’t to say that this is a Jerry Bruckheimer production, it’s still very low budget. Michael O’Hear, John Renna, Micah Rose, Dan Loughery, Alex McBryde–it’s a huge cast, which is indicative of how ambitious the whole production is.

A film like this will have lots of makeup and visual effects, who will be handling this for you?

In NYC, my friend Craig Lindbergh will be doing various prosthetics for Debbie Rochon and may come to the set for two key days. He worked on Undying Love and Naked Fear for me, then graduated to the big time with Rescue Me, Spider-Man 3, I Am Legend and more films than I can remember. He’s doing this as a favor for me—friends on films are friends for life!

Rod Durick is my SFX supervisor in Buffalo. He’s already started sculpting Jennifer Bihl’s appliances. A number of local guys are working for Rod through his Zombified Studios company: Arick Szymecki, who does appliances and digital effects; Matt Patterson, who sculpted the Johnny Gruesome Death Mask, and probably John Rena, who will be busy being my production manager and playing a role in the film.

R.J. Sevin in Louisiana will be doing a lot on this film, including the brains – yes, plural –and a lot of other digital effects. R.J. , Kealan, Sephera and John Maclay are all from the world of horror fiction, so this is sort of a collision of worlds for me. 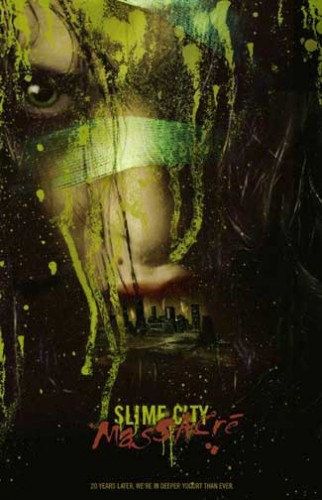 If our readers want more information where can they find it?

My website is www.slimeguy.com, and I post daily production updates on my Live Journal, which has been renamed The Slime City Massacre Chronicles until this sucker is finished: glamberson.livejournal.com/

Sadly Greg was able to get himself untied and escaped but I am sure I will find him again, its only a matter of time.

From the Nightshift: Greg Lamberson on ‘Slime City Massacre’