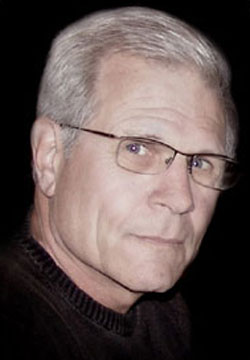 TH : It’s experimental, in the sense that we had the writers guild strike and no one was working. This was last spring. A bunch of us thought with everyone sitting around doing nothing, wouldn’t it be great to create something. Everybody is interested in the internet. It’s like one of the old musicals from MGM when I was a kid, with Mickey Rooney & Judy Garland. I called up a few people I worked with professionally in the past. I wanted to come up with something that related to the internet. I’ve been blown away by Apple’s iChat when I saw people using it. I wanted to do something that was very very limited production wise because it’s very very hard if not impossible at the present time to monetize anything on the web. It was how to do something with some production value, but do it with a price that’s sensible. I had to write something that didn’t cost anybody any locations, so I wrote something in three rooms and I shot it in my house.

MJ : Who else was involved in this project ?

TH : I called up some terrific people like Paul Maibaum, he shot Langoliers for me, & a genius FX guy Vince Guastini and we did dinner. I’m being honest with you now, I don’t know if you’re readers would interested in this kind of thing, I constructed the story because Vince and I walked around his shop and it was whatever he had two of. Whatever show he had been on and he had a back up. If they hadn’t used it and it was sitting on the shelf and that we could use for nothing. I constructed the show off of the limited production.

MJ : For a web film, this has a fantastic look to it !

TM : It’s also me learning about the web and the medium. I think there is an emerging esthetic on the web. You can already look at some of the hallmark features, people pretend it’s found footage or it is, it seems real, people talk into the camera often only with one take, it’s quite often very badly lit if at all, it may just be ambient lighting, it has a graininess to it, and if you excuse the expression, sometimes it has an ugliness to it. It has an amateur quality to it. It’s very immediate. I wanted to see if I could take and play into a lot of that and give a little
bit of professional glass to it at the same time and do it with very limited funds.

TM : I think it will be, but I’m waiting to learn from this before I
venture out again, because among the thing I’ve learned, I put a two minute end credit roll on it and I got it sinked with a metal band, Skidrow which are terrific. It’s the title tune, but that’s like what you would see in a movie. I can tell you now what I’m seeing cause I checked today and I got the first report back from STRIKE TV and people are doing partial views. They are watching the show and the first credit hits and they are clicking onto something else. So, now I know if I do another one, I can’t have any credits again.

TM : Anyone now! Come one and all. What the idea was… it’s professional writers calling on their friends. and professional directors, in my case I do both. Professionals band together to do this in their backyard and beg, borrow, and steal from friends. It’s that kind of thing and whatever ad revenue it does generate, which I would imagine would be small, goes to the writers guild strike fund to help people who got hurt by the strike and with the continuing labor unrest out here.

MJ : How long did this take to shoot ?

TM : It took me four days and I did two days of pick ups. The ending didn’t work. I had the ending with the burned man speaking into camera, ” I’m coming for you next ” but it didn’t have any punch. So, I went back and I picked up the young boy (he’s my editor’s son). I needed a strong button for the ending that I didn’t have when I originally shot it and I didn’t know when I cut it together, and so I gave it to the editor, Fabio Jaffet, was sitting around trying to figure out how to give it some punch and get over to the audience that they could be next. I thought the only way to do it was to dramatize it and there was his son, who’s this demon 10 year old on an Apple doing all these things that you see on the show. He’s doing this Apple iChat. There was the young guy that I needed to give it some punch at the end because you say, “Oh my god! the monster is coming after a kid next”. That gives a strong out but I didn’t have it until I seen it cut together. The creating process even thought it’s a small bite, the creating process is the same as if you were going to make a feature film. Just a miniature, that’s all. 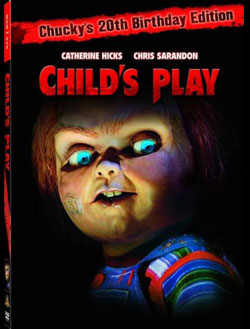 MJ : Are you going to focus on this now or do you have other features in the works ?

TM : I’m also writing other films. This is something I hope to do and I hope to do more of it but at the same time, I have to make a living.

MJ : They recently released the 20th Anniversary DVD of Child’s Play, did you have anything to do with featurettes?

TM : It’s all pirate featurettes. Tim Sullivan, who directed 2001 Maniacs, he was the host and I had Chris Sarandon there too. I think Chris and I did a pilot audio on Child’s Play and think it’s up on Icons of Fright and maybe Dread Central. I know it’s out there and I know it created quite a stir. The one that really got people going was we did the same thing for Fright Night. Diablo Cody interviewed me at the New Beverly Cinema and then we did a night with a lot of the cast in LA, sort of a reunion. All those audios are up on the web on various sites that are pirated. By pirated, I mean the sense that they are free downloads and you can listen to them on the sites. You can plug them or sink them up with the DVD. Actually, I think the one on Child’s Play is the most informative about the filmmaking process and working with the doll. I think it’s probably more nuts and bolts then anything you’ll find on the web, if you’re interested in directing animatronics. 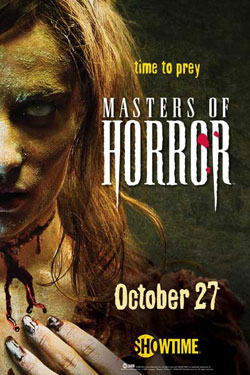 MJ : What do you think about the upcoming Child’s Play remake ?

TM : I think that someone should come up with some new ideas. I think we could use a little fresh blood, excuse the expression.

MJ : There’s got to be some original idea’s out there, and there are, they just have to find there way to the major cinemas.

TM : It’s one of the most consistent audiences out there. Sometimes they make too much and sometimes there’s starvation, but it seems to be the only genre where they can count on some kind of return with some kind of consistency. It’s also the ugly stepchild, horror by main stream people, a lot of them consider it a kin to p*rnography, you know.

TM : I don’t want to go that far but there are shows certainly that I like, and chunks of things that I like. I like a lot of the framing for Midnight Meat Train. I like the home invasion movie, Strangers. I loved Let The Right One In. It’s a Swedish film. Quarantine in it’s original version was terrific. When I’ve seen the original, it’s hard for me to judge the remake, especially when I’ve seen them close together. I like Quarantine in both versions. I like The Decent and Dog Soldiers by Neil Marshall. 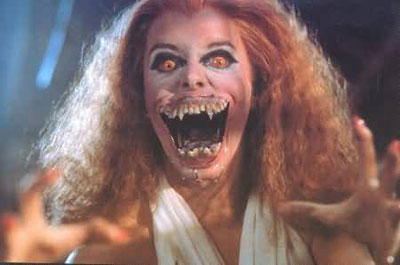 MJ : I’ve interviewed several first time directors for HORRORNEWS.NET , Do you have any suggestions for any first time horror directors?

TM : Yes. When your shooting always find the master first. It’s the shot where you see the most action, and you frame the master and make a play. Then, you can go in after for your coverage. If you start with your coverage and shoot out your master, you’re going to drop or miss coverage.