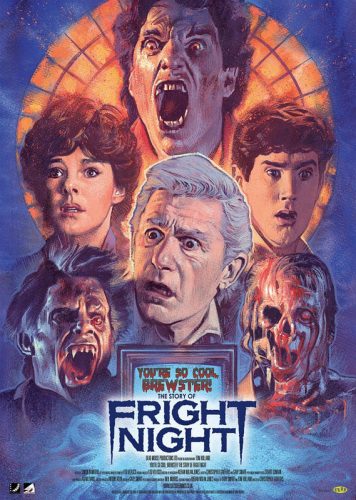 As well as being a tribute to the late, great Roddy McDowall, ‘You’re so cool, Brewster!’ reveals the behind the scenes tales of both productions showcasing rare photographs, storyboards and artwork that details the thirty year legacy of both horror classics. ‘You’re so cool, Brewster!’ also digs deeper into the real life Hollywood horror of the murder and betrayal that ultimately doomed the release of ‘Fright Night Part 2’ and future sequels.

With hours of bonus features including:

Now available to pre-order exclusively at www.cultscreenings.co.uk/fright-night with estimated shipping in August 2016, this DVD/Blu-ray combo pack comes with an exclusive O-Card and an 8-Page comic book featuring Evil Ed and Peter Vincent. This set is limited to 1000 copies only and is sure to be a sought after item for Fright Night fans across the world. DVD/Blu-ray is region all/NTSC and will play on all international players 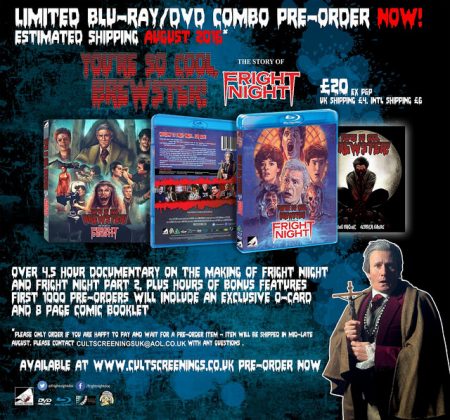