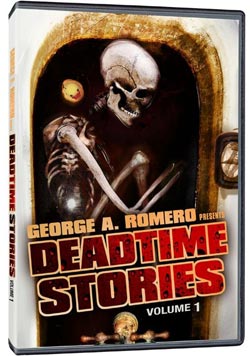 George A. Romero, the renown horror writer and creator of Night of the Living Dead, has partnered with writer-actor Jeff Monahan to create horror anthology George A. Romero Presents … Deadtime Stories. The first volume of this two volume set consists of an anthology of three 30-minute horror films: Valley of the Shadow: A woman searches for her missing husband in jungles of South America…and soon, the hunters become the hunted. Wet: A lonely potter finds a valuable jade box buried on the beach. And what s inside…it wants to keep him company. House Call: In poor and lonely farm country, a woman calls an elderly doctor out on a dark and stormy night to make a house call on her strangely-ailing son. And what he finds when he gets there isn’t listed in any medical books

Deadtime Stories: Volume 1 seems to have a lot going for it. First and foremost, it’s an old school-style anthology, which is often a crowd pleaser. It’s also the first of two volumes, so clearly someone had faith in it. Special effects guru Tom Savini even directed one of the pieces. And its biggest selling point is that it’s produced and hosted by George A. Romero. If the godfather of zombies put his name on it, it can’t be all bad… right? 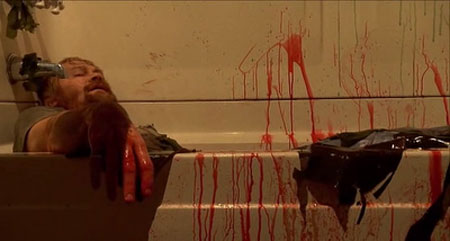 Wrong. Upon pressingly play, it quickly becomes obvious that there is a reason that the flick sat on the shelf for years. Frankly, this movie is an insult to the common horror fan, and Romero’s name being on it is downright embarrassing.

Like the majority of anthologies since Tales from the Crypt, Romero’s host persona apes on The Crypt Keeper. It’s difficult to tell if Romero is not meant to be an actor or just disinterested in the material, but his delivery leaves a bit to be desired. Interestingly, despite his total screen time being only a few minutes, his outfit changes between shots. Even with multiple takes, the best they could come up with is still bad. 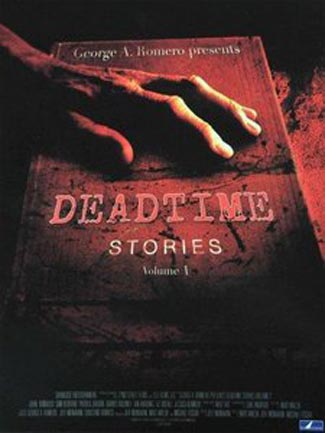 Jeff Monahan’s Valley of the Shadow is the first of the three shorts that make up the film. Taking cues from Cannibal Holocaust, it’s about a woman searching for her husband in the jungles of South America.

Michael Fischa’s Wet is the middle piece. Despite having the best moment of the picture – a reverse mermaid, in which a woman’s body is topped by the head of fish – the rest of the short is bogged down by mindless dialogue.

Last but not least is Tom Savini’s House Call. Yes, despite not being noted in any of the marketing materials, packaging or even on IMDB, Tom Savini returns to the director’s chair for the first time since 1990’s Night of the Living Dead to helm one of the shorts. His piece, however, is actually the first in an attempted 2004 series called Chill Factor, which never advanced beyond one short. 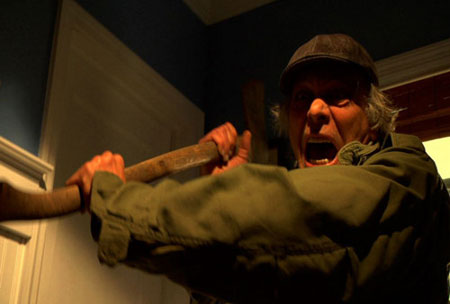 Savini’s effort, about a boy who believes that he’s a vampire, brings to mind Martin. Not surprisingly, he has a better visual sense than the other filmmakers, his being the most interesting to watch from a cinematographic point of view, but the story is still lacking.

Aside from Romero’s wraparound introductions (and an inherent lack of quality), the common thread holding the three segments together is writer Jeff Monahan. The scripts seem to follow a formula: there’s some set up to the story, then a whole lot of talking and not much else, then a bit of blood and a hasty “twist” ending to finish.

The full feature only runs for about an hour and fifteen minutes, but it feels like longer than that when you’re suffering through it. It seems that the production didn’t have the budget for much action, so they filled time with an abundance of unnecessary dialogue. The rest is bogged down by low production value, bad acting, worse special effects and downright bad filmmaking. 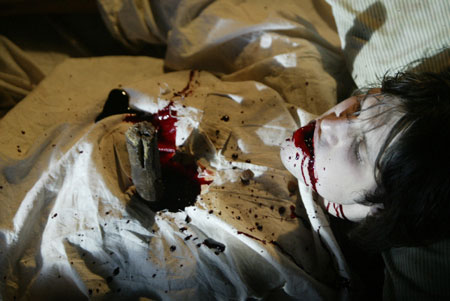 The single aspect at which the film does succeed is branding. By slapping Romero’s name on it, interest in an otherwise uninteresting project is peaked. But please, don’t bother indulging your inner fanboy. And when the second installment comes out in October, you may as well ignore that too. The studio would presumably put the better segments on the first volume to entice people to pick up the second – but if this is their A game, I shudder to think what the follow-up may entail.